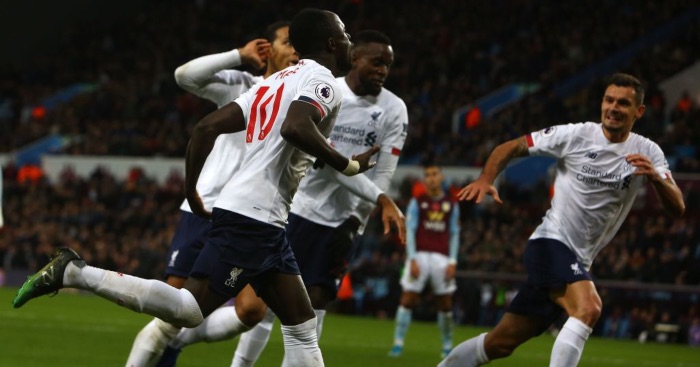 Liverpool losing at Swansea and Manchester City being beaten by Southampton prompted a fair few headlines on May 1, 2016, but they soon disappeared under the weight of Leicester City being confirmed as Premier League champions the following day. This was a season in which City finished a distant fourth and Liverpool ended the season lower than the Saints; from the vantage point of November 2019, it all feels rather more than three-odd years ago.

Since then, Liverpool and City have not lost Premier League games on the same day, the two clubs forging a two-club domination of the Premier League that feels older than the two years it realistically spans. Last season no team finished within 25 points of either and this season no team was expected to get any closer, with Liverpool fiercely protecting an unbeaten run that stretches back to January.

But on this frantic Saturday afternoon, there was over an hour when a repeat of that May 2016 day seemed not just likely but probable. Liverpool and Manchester City were both tired and terrible, barely looking any more inspired or incisive than Manchester United at Bournemouth earlier that day. Both could have lost, then one could have lost, but in the end both emerged triumphant, killing the hopes of 18 other Premier League sides that this is not going to be a two-horse procession.

Just as Leicester City and Chelsea fans were looking at the table and wondering if there was a chink of light – as City fired in cross after cross that was cleared by the Saints and Liverpool fired in shot after shot that was blocked by Villa – both pulled themselves up to their full height and proved themselves to be astonishing competitors. This really is a contest that could eventually be decided by two matches, the first of which is coming next week.

Sergio Aguero’s 70th-minute equaliser came from City’s first shot on target, though the cross count was by now way into the forties. They would end the game with a 2-1 scoreline after a grand total of 26 shots and a ridiculous 63 crosses with 76% possession. They had been forced to use a sledgehammer to crack open a nut.

At Villa Park, Liverpool were barely any better, their usual lack of midfield creativity magnified as Villa sat back to defend their lead and found it all too easy to thwart a Reds side lacking subtlety. Shots were blocked, crosses were floated over heads and the clock started ticking down towards a six-point lead potentially reduced to five, and then three. There was frustration at Roberto Firmino’s disallowed goal, but there was also frustration at what was fast becoming the worst performance of 2019.

But this is no ordinary Liverpool side and this was no ordinary day. First Andrew Robertson (87) and then Sadio Mane (94) headed past a devastated Tom Heaton to match City’s 2-1 result with pretty much exactly the same possession and pretty much exactly the same number of shots. Another sledgehammer had been used to extract a three-point nut. Such is the closeness of this ridiculous contest that two dropped points would have instantly made City the title favourites even from four points behind.

And such is the mentality of these two extraordinary sides, it could be years before the events of May 1, 2016 are repeated again.