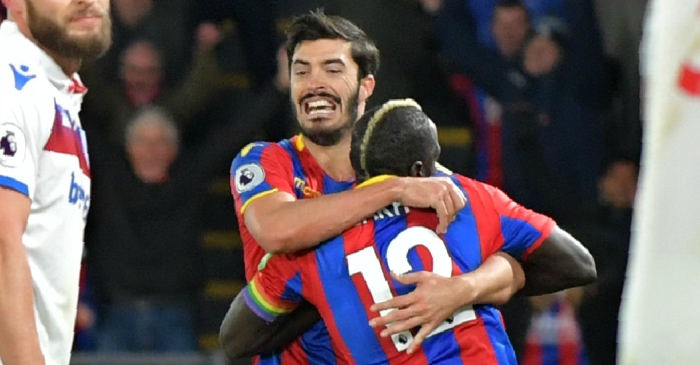 It felt like the kind of game where only Troy Deeney had more shots than Craig Cathcart. It had the makings of a match where none of the 22 starters completed more than 90 per cent of their passes. There was an unshakable sense, as soon as the first whistle was blown, that these two sides would not be separated.

That aforementioned shrill was the soundtrack to which Watford and Crystal Palace waged war. Chris Kavanagh was treated to a delightful rendition of “you don’t know what you’re doing” by the Vicarage Road faithful, who had seen Wilfried Zaha tumble to ground one too many times.

It was only when Zaha was booked for simulation that one of the referee’s decisions was celebrated. The winger had wriggled into the area as Palace were in the ascendancy, and soon found himself sandwiched between two Watford players. It was one of at least three instances where Zaha’s pleas for a penalty would go ignored; it was probably the most convincing of all too, yet was punished with a yellow card.

It really did feel like one of those afternoons, one where both sides lacked that game-changing talent to break the deadlock. Stefano Okaka hit the woodwork for the hosts, as did James Tomkins and Luka Milivojevic for the visitors. Zaha would usually be the difference in similar situations, but was nullified through particularly ruthless means. The 25-year-old was fouled five times – at least three more than any other player.

Such slim margins always demands more from the defenders: more concentration, more communication, more commitment. Cathcart and Christian Kabasele were excellent for the Hornets, but Tomkins and Mamadou Sakho were impervious at the other end.

With Zaha and Andros Townsend unable to affect the score positively, the pressure was on the defence to ensure it was not altered in Watford’s favour. Tomkins and Sakho threw themselves at every shot, won every header and repelled every attack that came their way.

Tomkins made 18 clearances, with Sakho closest to him on eight. The Frenchman completed two tackles and two interceptions apiece, while the pair won a combined seven headers.

Losing everything in midfield today, and are only level because Sakho and Tomkins have been resolute. Offensively, on the occasion we get it up to Zaha, he is completely isolated.

This partnership has been blossoming for some time. “Mamadou has come in and he’s good to play alongside because he is so chilled and calm,” Tomkins said last April. “He has been brilliant since he has been here and it’s a joy to play with him and I am enjoying my time as we learn from each other and let’s hope it can keep going.”

Since Sakho joined from Liverpool last winter, he and Tomkins have played just ten times together in the Premier League. Palace have never lost when that central defensive partnership has started, winning seven games and drawing three. They have conceded just seven goals in 898 minutes on the pitch together – one every 128 minutes. It is a phenomenal record for a club that has battled relegation in both of the last two seasons.

A point at Vicarage Road surely pushes Palace over that particular line. But discussion of this match will likely centre around Zaha – it tends to with Palace, win, lose or draw. How fitting that two of the most important members of his supporting cast did not forget their lines.