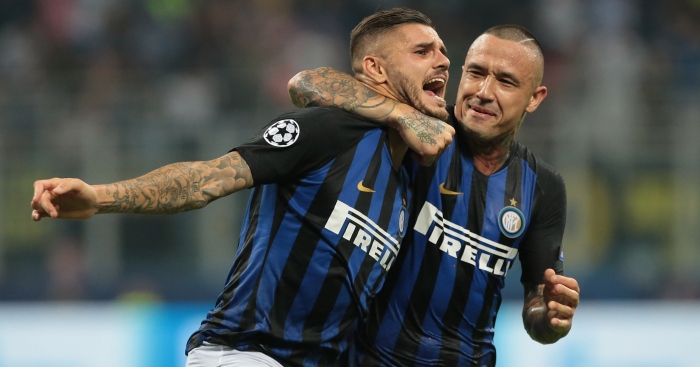 When Luciano Spalletti prayed out loud that his Inter players would not “be intimidated by the English players’ greater experience” ahead of their clash with Tottenham, those of us (way) above the age of 14 felt a jolt. This was Inter – former Champions League winners Inter – trying not to be intimidated by a Spurs side who last won a league title in 1961 and whose last trophy came 11 years ago in the League Cup. Intimidated? Ragazzi, è il Tottenham.

After six seasons and six managers outside the Champions League, Inter were back in what Spalletti called the Disneyland of football, punished for their absence with a place in pot 4 and a draw that pitted them against both Barcelona and Tottenham. Their shambolic early-season Serie A form strengthened the argument that this was the perfect place for Tottenham to banish worries about their own form. Harry Kane spoke blithely about “scoring a couple of goals” in Milan as if that was the least that should be expected against one of Italy’s fallen giants.

The roar that greeted the Champions League anthem gave an early indication that Inter may have started the Serie A season badly precisely because they had returned to the Champions League. How can you get motivated for an away trip to Sassuolo when Tottenham and Barcelona are waiting in the theme park? “We’ve been waiting for this match for three months,” said Mauro Icardi, and that was apparent in the way Inter started the game with a frenetic burst of energy, taking inspiration from Liverpool and the pressing that unsettled a faltering Spurs side on Saturday.

Tottenham took the sting out of the game – eventually dampening the spirits of the San Siro crowd – and just about deserved their lead through Christian Eriksen, but when Icardi scored his very first Champions League goal after 85 minutes, there could then only be one winner. Having returned to the greatest of stages, Inter were not going to shuffle on and off as part of the chorus; as Tottenham’s players visibly wilted, hamstrung by Mauricio Pochettino’s increasingly defensive substitutions, Inter won a corner in the 92nd minute. There cannot have been a single person in the San Siro – or watching at home – who did not believe Inter would score. Certainly, there was no dissenting voice from a Spurs shirt.

Scenes at the San Siro 😮

Inter are back in the big time! 🔵⚫️ pic.twitter.com/TcgXhr7Snb

That reaction at last-ditch Champions League victory is worth a thousand defeats to Sassuolo. Perhaps now there can be a mighty exhale and collective relaxing of the shoulders in Milan, where fans and players are now united in pure, unadulterated joy that they are once again tall enough for all the rides at Disneyland. “The environment was ugly in these past few weeks, but a game like this gives us confidence,” said Icardi, whose glorious strike was his first of this false-start season.

Unless you are a Spurs side crying into your coffee on Wednesday morning, it’s almost impossible not to feel a little warm inside that Inter are back among storied company again. May we never again hear talk of them being intimidated by the sixth best team in England.