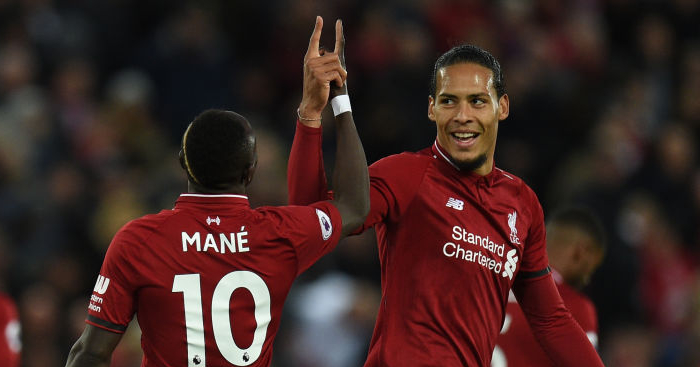 But another piece of “history” was confirmed on Friday evening, although which record-breaking path Liverpool will follow is yet to be determined. Either this sensational side delivers a first ever Premier League title to Anfield, or they will be the greatest runners-up not to do so.

It is a bittersweet moniker Manchester United’s 2011/12 vintage had held for seven years. They earned 89 points en-route to a Sergio Aguero-induced heartbreak that, until this season, represented the most ridiculous title race the Premier League had ever seen. Liverpool and Manchester City’s marathon sprint has reached similar levels of absurdity, albeit with unerring and breathless consistency replacing unmatched drama.

It seems fitting that United have finally been removed from that undesirable perch. They are the penultimate side to have finished runners-up in one Premier League season before taking the crown the next, with City themselves repeating the feat a year later. But those are the exceptions to the norm: taking the silver medal has been something of a poisoned chalice in recent years.

Of the last ten sides to finish as Premier League runners-up, as many have gone on to finish 6th or 7th the following season as have won the title. And with United in sixth after finishing second last season, it has become a clear struggle to maintain that sort of momentum.

That, save for what would be a quite unfathomable slip from Pep Guardiola’s side this season, is the challenge that faces Liverpool now. It seems beyond the realm of possibility that the current top two will change in any way except for their order next season, such has been their dominance. But Klopp’s side have bridged a 25-point gap to almost match City blow for blow, and Tottenham, Chelsea, Arsenal and United will be determined to follow a similar trajectory.

But Liverpool do seem so unbreakably focused, so meticulously prepared, so uniquely brilliant, that another season of setting the highest possible standards alongside City feels more probable than either being caught.

“Let’s carry on and we will see where it ends,” said Klopp after the game, and therein lies the key: even if Liverpool do, as is likely, miss out on the title this season, it will not have the same sort of cataclysmic effect as their other near-misses. This bridesmaid will surely be wed sooner rather than later.