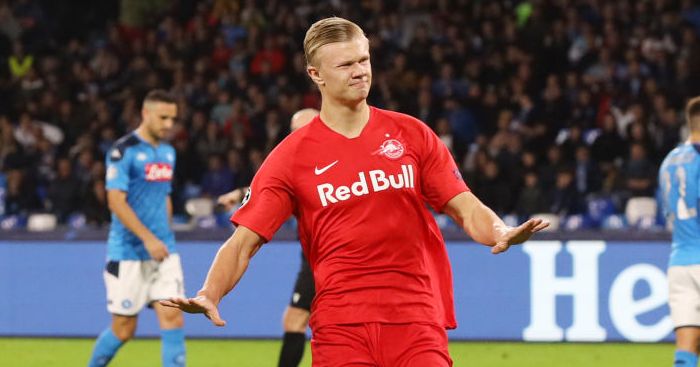 The word most commonly used to explain Red Bull’s continued association with sport is ‘cool’. They lend their name, brand and sponsorship to Formula One racing, mountain biking, NASCAR and a range of other activities to – so the spiel goes – ‘promote a “cool” public image and raise brand power’.

Football was never going to accept such brash muscling-in on their territory so easily. Oligarchs, billionaires and entire states have used clubs to their own benefit for decades, be that to improve their reputation, realise a lifelong dream or simply disburse some of their fortune. But there is something unsettling about a corporation seeking to extend its influence through sponsorship; an intangible unpleasantness that lingers and leaves a sour taste in the mouth.

And so, seamlessly, to Red Bull. Their relationship with the game began in 2005, with the aggressive pursuit and purchase of the licence of Austria Salzburg in 2005. The club’s entire existing staff was replaced, its badge changed, its kit altered, its 72-year history expunged; its very essence was revised and rewritten to such an extent that supporters were supposedly ejected from games for wearing the former violet shirt instead of the new red and white one.

The takeover of MetroStars followed a year later as Red Bull sought to stretch its dominion to America. Next came Red Bull Brasil in 2007, then a return to Austria with Salzburg feeder club FC Liefering in 2011.

But the acquisition of Leipzig in 2009 remains their most ambitious. Bayer Leverkusen, still taunted over the nature of their formation through a pharmaceutical company more than a century ago, can attest to the difficulty of living as a commercial enterprise in a country where ownership of their sporting teams matters more than most. The 50+1 rule exists for a reason.

Until now, that had largely prevented Red Bull’s forceful football sponsorship from being considered ‘cool’. To a neutral, at least, the sheer joy of watching Salzburg and Leipzig makes it easier to ignore the context and admire the excellence.

For the latter, the ghosts of their Champions League debut two seasons ago have been exorcised. Much was expected of a side that had finished second in the Bundesliga and retained the core of their squad. Yet they finished third in a kind group, spared only by the failures of a Monaco side that had been completely ravaged.

Under the continent’s most exciting young coach in Julian Nagelsmann, they have found their feet. Third in the Bundesliga and above Bayern Munich as the division’s highest scorers, they are one more win from qualifying from Group G.

A 2-0 victory away at Zenit Saint Petersburg was made to look routine, the sort a veteran would squeeze out in the bitter cold. But this was closer to a breeze: 69% possession and 20 shots to ten is not to be overlooked. Nagelsmann would not claim that his side “outplayed” and “dominated” an opponent so lightly.

Yet Salzburg are the jewels in this Red Bull crown, despite their own chances of advancing being much more limited. The football is more attractive and expansive, as eye-catching as it is breathtaking.

Salzburg’s four Champions League games thus far have involved 22 goals for and against – more than Groups A (14), D (16) and F (17) as a whole, and as many as Manchester City’s Group C.

But a 1-1 draw away at Napoli proved there is mettle to go with the magic. Jesse Marsch’s side will still harbour distant hopes of making the knockout rounds; a chance to repeat their Europa League semi-final run in 2018 is a welcome consolation and minimum expectation.

Red Bull, if indeed it even matters, will not mind which course Salzburg take. They know that in Erling Haaland and Nagelsmann, two of the sport’s brightest and most coveted young prospects, they have stumbled upon players and managers to make them look ‘cool’ by association. Their football arm is finally giving them wings.