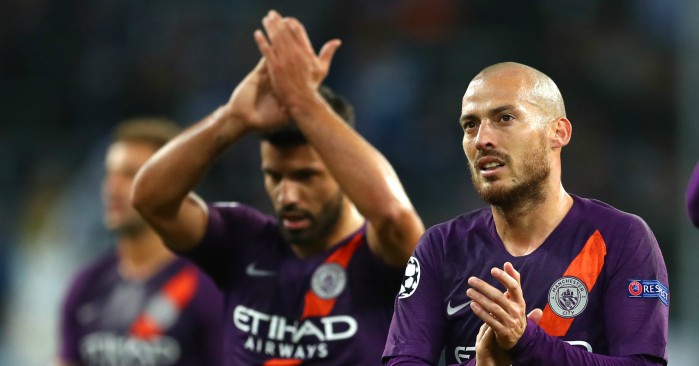 All logic suggests that they should have been replaced by now, these three Manchester City warriors with over 25 years of experience at a club that has no need to place value in experience. And yet, when City faced their most important game of this nascent season, Vincent Kompany, David Silva and Sergio Aguero were Pep Guardiola’s go-to old men.

In central defence and wearing the captain’s armband was Kompany, making his first start since being exposed at Wolves. When City backs were pressed hard against the wall in Germany, it was the Belgian who kept his head while all around him – Aymeric Laporte and Nicolas Otamendi in particular – were losing theirs. When John Stones entered the fray after 64 minutes, it was the exposed Otamendi and not the 32-year-old Kompany he relieved.

In central midfield is Silva, defying all predictions that this would be the season he would finally take a back seat. Bernardo Silva may have emerged as one of the Premier League’s best players this season, but it was the younger man who found his arse on the bench when Guardiola looked for inspiration and leadership in Hoffenheim. His Spanish non-relative was quite simply wonderful, sending Leroy Sane on his way to create the equaliser for Aguero, laying on a gilt-edged chance for Raheem Sterling and then scoring the late winner to rescue City’s stumbling Champions League campaign.

On this form – and he has created more chances in the Premier League this season than any other player despite playing just five of City’s seven games – there is absolutely no chance of Silva’s workload being significantly eased this season. He was allowed to sit out the cruise against Cardiff last month but was then sent to Oxford to chaperone Phil Foden, who may well be his living legacy when City finally bid an emotional farewell to probably the greatest player to ever wear this shirt.

“I love players who make a step forward in the bad moments and say ‘OK I’m here guys’,” said Guardiola of his match-winner but he could also have been talking about Aguero, who had grabbed his sixth (or eighth, if you choose to include the Community Shield) goal of the season to equalise but was then seen chasing down counter-attacking Hoffenheim players in the dying seconds. He cares. And he cares despite all indications being that his coach planned to replace him with Gabriel Jesus, who has been busy indulging in some pretty disastrous form. There will be no shifting Aguero from this City side in the near future.

Sterling and Sane were thorns in the flanks of Julian Nagelsmann’s side all night, but it was City’s spine that kept them upright when – as Guardiola admits – they initially played with fear, wary that a poor result would have left them staring potential European humiliation in the face. That spine remembers how it felt to win City’s first Premier League title; it now craves the same in Europe. They march slowly on.