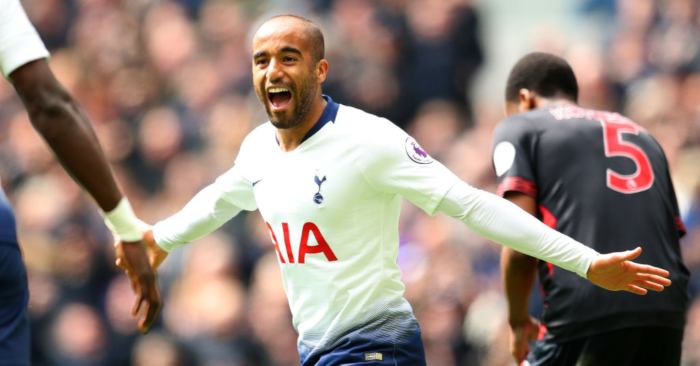 It was a mismatch. Of course it was a mismatch. Huddersfield Town came to see this beautiful new stadium and their ambitions – regardless of any empty talk about pride – was to escape without being completely devastated. To that end, a team sheet featuring Fernando Llorente, Kyle Walker-Peters, Victor Wanyama and Juan Foyth probably raised a few spirits in the sumptuous new away dressing-room. There was a sliver of a speck of a chance.

Of course, there was not even a hint of a sliver of a speck of a chance because this was one of the worst sides in Premier League history, playing against at least half of the Tottenham side who could still qualify for the Champions League by two different routes. In the midst of a three-game series against Manchester City, Mauricio Pochettino was confident enough to look at a team robbed of Harry Kane, Dele Alli and Harry Winks by injury, and still rest Heung-Min Son, Toby Alderweireld and Kieran Trippier. Four of his starting XI against Huddersfield had started a grand total of 14 Premier League games this season before Saturday’s lunchtime stroll. And it was a stroll.

Just as Sky Sports were highlighting Tottenham’s lack of first-half goals in a Premier League season which has lately exuded all the serenity and grace of a drunken stumble, Spurs struck twice in less than three minutes to basically kill the game off before half-time. This would be no battle. No banana skin. And that’s exactly what Tottenham needed in April, with City looming twice in the space of four days this week. It was the first time since New Year’s Day’s Cardiff cruise that this Spurs side has managed to create a two-goal lead at half-time. They have waited a long time to be this comfortable.

That Victor Wanyama has now scored at the new Tottenham stadium before Harry Kane is delicious, as is the prospect of the Kenyan providing a genuine midfield option to a squad desperate for midfield options. Moussa Sissoko and Christian Eriksen are third and fourth behind Alderweireld and Kane in a list of Tottenham players who have logged the most minutes this season, but Pochettino had no option but to persist with that particular pair; quite why they were both still on the pitch 70 minutes into a game that was already won is a head-scratcher.

This was a game to tick off without incident – a game to win, to rest key players, to give minutes to fringe players, to perpetuate the idea of this new stadium as a fortress. The only thing missing was a goal for Fernando Llorente, who came so very close but could not claim his second Premier League strike of the season. He is unlikely to be given a starting role against City, but his record of 11 goals and four assists in 18 starts for Tottenham suggests that the ridiculously shrill ‘how will Spurs cope without Harry Kane?’ question should have more than one answer.

In truth, any answer should now include the name of ‘Lucas Moura’, who became the first scorer of a hat-trick at the new Tottenham stadium with three decisive finishes. It was a mismatch. Of course it was a mismatch. But this Spurs cruise came with an awful lot of perks.