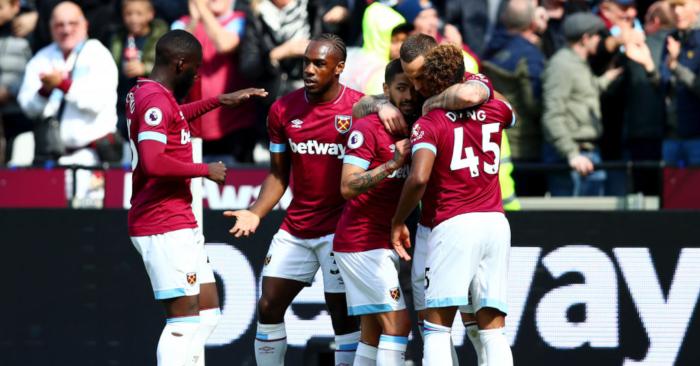 “For me, it’s been a quiet season at West Ham,” said Manuel Pellegrini, and he seemed a little sad. He’s not really used to mid-table, having not finished there in Europe since 2010/11, when he took over a poor Malaga side in November. West Ham fans might be buoyed to hear that mid-table was swiftly followed by a top-four finish on that occasion, though most are too cynical/realistic to dream of more than seventh.

In reality, most West Ham fans will settle for ‘quiet’, for never being close to the relegation zone beyond early September, for not sacking a manager, for not being held up as an embarrassing example of a joke club, for avoiding pitch invasions, riots and the stoning of buses. Sometimes quiet can be just what everyone needs.

There have been highs in amongst the mediocrity – wins over Arsenal, Manchester United and particularly Tottenham have been delicious, Declan Rice and Grady Diangana have emerged from the fog of the Academy, Issa Diop has proved to be a genuinely excellent buy and Lukasz Fabianski was a likeable and sensible signing after the ridiculousness of the Joe Hart loan spell last season. They have been robbed of Andriy Yarmolenko, Manuel Lanzini and Jack Wilshere for significant spells and yet have quietly – there’s that word again – improved on last season.

West Ham’s victory over a weakened Southampton might have seemed like typical end-of-season flip-flops fare but it completed the kind of home campaign that seemed highly unlikely during their first two uncomfortable seasons at the London Stadium. No other team outside the top six has scored as many goals at home as West Ham’s 32 and they end the season with 31 home points, up on 25 and then 27 in their first two seasons in their new home. This season might have been quiet by Pellegrini’s standards, but there was proper fun to be had too.

“It’s been an up and down season but, all in all, I think it’s been a really good season. I think we’ve played some fantastic football,” said Mark Noble ahead of the Southampton game, which featured the captain’s fifth assist of the season thanks to a sumptuous through ball to Marko Arnautovic, who added his second of the game thanks to the lesser-spotted Fraser Forster in the Saints goal. The West Ham fans were then treated to a cameo from the fit-again Wilshere, who combined with Ryan Fredericks for their third.

Arnautovic may well exit this summer – and, more worryingly, the Hammers are likely to face a fight to retain Declan Rice – but West Ham look better equipped to handle minor upheaval than at any time in their recent history. In Pellegrini and sporting director Mario Husillos, the Hammers have found a stability that is decidedly un-West Ham. Only the signing of Samir Nasri was a throwback to less rational times, and we can forgive them that anomaly.

It has not been an astonishing season – and some will suggest that last summer’s considerable outlay should have prompted a challenge for seventh, at least – but it has been quiet. And for one season at least, quiet is pretty welcome at West Ham.