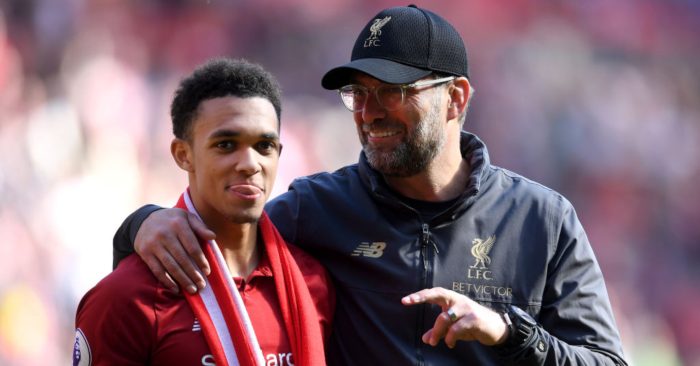 The Premier League’s final day confirmed Manchester City as champions, with the other matters wrapped up before the weekend. But how did each team fare based on the expectation of them at the start of the season? Here’s our alternative expectation table…

1) Wolves
After some savvy transfer dealings which had Jorge Mendes’ paw prints all over them, Wolves were not expected to struggle following promotion. But similar was said of Fulham. A season later, the Cottagers are making the swiftest return possible to the Championship, while Wolves have not only made themselves at home in the top flight, they have established themselves as the best side outside the top six. Indeed, no team has done a better job of bloodying the noses of the big boys. If the top seven had a league of their own, Wolves would be third, behind only City and Liverpool. Though the feeling of ‘what if’ lingers over Molineux after losing too many points to lower opposition – and letting slip an FA Cup final place – it is hugely overpowered by a thrilling sense of ‘what next?’ after a stunning debut season for Nuno in Premier League.

2) Liverpool
After spending more money than anyone else to reinforce his squad and address some glaring weaknesses, it was presumed that Jurgen Klopp would lead a title challenge, though few predicted a campaign as relentless as the one we have just witnessed. The Reds closed a 25-point gap on City last season to just a single point after suffering only a single defeat all season, which came by a single goal to the eventual champions. Liverpool were expected to be better, but not so brilliant that they amassed a points total that would have been enough to win the Premier League in all but one of the 26 previous seasons. Unfortunately, City were marginally more brilliant.

Liverpool are officially the greatest second-placed team in the history of Europe’s top five leagues.

Both beaten by Pep. pic.twitter.com/Bx7tXlSGrL

3) Manchester City
City were expected to be champions again, which is exactly what they achieved. But few thought they would be pushed quite so hard and they have shown massive balls to respond to the challenge. Coming within two points of their 100-point finish last season is a huge success considering the added competition and the character they had to show to claw back a seven-point deficit. Domestic cup success adds another layer of gloss to Pep Guardiola’s most satisfying league title.

4) Watford
Fair f*cks, Javi Gracia. Despite being widely tipped to go down, the Hornets ended only three matchdays in the bottom half of the table. Unfortunately, one of those was the final day after four defeats in their last five games. Watford undoubtedly lost some focus after securing an FA Cup final place last month with a stunning come-from-behind victory in the semi. But that should not detract from an unexpectedly excellent season at Vicarage Road, most of which has been spent eighth or higher.

5) Chelsea
What a weird season. Maurizio Sarri got off to a stunning start before the wheels came off so spectacularly in mid-January that it seemed most likely that the new manager would be sacked long before the end of his first season. But, perhaps more through necessity than choice, Chelsea stuck with Sarri; though plenty of fans already bored of Sarri-ball and his stubbornness would not be that bothered to see him return to Serie A with Roma this summer, the Italian could go home with his reputation enhanced by a top-four finish two points and a couple of places better than last year, a domestic cup final appearance which was spoiled by penalty shoot-out and a dissenting goalkeeper, and a European final. All in all, Chelsea would have been delighted with that at the start of the campaign, even if the journey was too bumpy for most.

6) West Ham
West Ham’s owners had little choice but to show some ambition last summer and, though their recruitment looked encouraging, few knew really what to expect from Manuel Pellegrini’s first season in charge. Overall, with a top-half finish and a ten-point gain on last term, it is has been more successful than many anticipated, especially after their dreadful start. Progress and peace at the London Stadium is all anyone could have asked for.

7) Tottenham
Spurs’ passage to the Champions League final and the manner in which they got there makes most of the criticism of their Premier League season moot. So too does the fact that Mauricio Pochettino’s men dropped only a place and six points on last year’s third-place finish after spending precisely nothing in the transfer market while their rivals chucked millions at their problems. Domestically, Spurs are perhaps where many thought they would be. In Europe, they have exceeded all expectations. Pochettino won’t do it again, though.

8) Arsenal
As we have seen at Old Trafford, transitions don’t come easy. But Unai Emery has done a commendable job after taking the wheel, taking the Gunners from 12 points off the top four to within just a point, while steering them to the Europa League final. Few knew exactly what to expect from Emery’s Arsenal, but most supporters would have settled for this as a sign of progress, even if they have again too often frustrated.

9) Newcastle
A fall of only three places from last season’s tenth-place finish is viewed as another successful season on Tyneside given the conditions Rafael Benitez has had to operate under. Back in August, they were many people’s tip for the drop and having spent September and October in the bottom three, it seemed likely that the pessimists might be right. But Rafa has again exceeded expectations. Yet Newcastle are still trying to wrangle out of giving the man what he wants. And he really isn’t asking for much.

10) Leicester
The Foxes kept faith with Claude Puel while also keeping hold of Harry Maguire and Kasper Schmeichel last summer, in addition to making some savvy signings like James Maddison and Player of the Year Ricardo Pereira. But after spending the fourth largest total of any Premier League side, they spent much of the season bobbing around between seventh and 12th, which is where they were when Puel eventually lost his job after a fourth consecutive home defeat. Leicester have also had to contend with the tragedy that killed owner Vichai Srivaddhanaprabha in October but the immediate success enjoyed by Brendan Rodgers since taking over tells a story more of what might have been this season.

11) Cardiff
The Bluebirds struggled to adequately strengthen a Championship-standard squad last summer and disaster struck Neil Warnock’s attempts to reinforce in January. The manager probably deserves credit for making a fist of their relegation battle, which is more than can be said for the other Championship-bound sides.

12) Crystal Palace
Despite finishing a place lower than last season, when they were engaged in a relegation battle for much of the campaign, this term has been far more serene at Palace. Since becoming the only team to beat the champions on their own patch in December, only once have the Eagles dipped lower than 14th. Their form during the second half of their season has been quite something…

This tells you exactly why Brighton have sacked Chris Hughton. In other news, Roy is king. And how the f*** are Tottenham in the Champions League final? pic.twitter.com/KkNdqr6Y47

13) Southampton
Saints are one place and three points better off than last season, which is a success in the context of where they were when they sacked Mark Hughes in December – 18th with three wins in 22 – but Sparky wasn’t given a three-year deal for dour football and another relegation fight. Fortunately, Saints fans can probably approach next season with a little more optimism under Ralph Hasenhuttl.

14) Everton
It’s been a strange year at Goodison. Everton fans began the campaign full of hope after Sam Allardyce’s brief reign of terror had been brought to an end and a young, enterprising manager was appointed and allowed to make some exciting, big-money signings. But most of the season has been spent bobbing around mid-table with only a late surge that saw Silva’s side lose just one of their last eight enabling them to equal last year’s eighth-placed finish. The fact that defeat came to already-relegated Fulham sums up their inconsistency and while the football is undoubtedly better to watch, the Toffees were expected to push the top six a little harder.

15) Bournemouth
The Cherries accumulated one point more than last season but finished two places lower in 14th. That is widely viewed as success for ‘little old Bournemouth’ but it doesn’t take into account the fact Eddie Howe has spent a lot of money – they have a higher net spend than Liverpool since they came up in 2015. The result: a third season finishing lower than the previous year, despite the success of their two big summer signings and Ryan Fraser establishing himself as one of the Premier League’s most creative forces.

16) Burnley
No one expected Sean Dyche to better or even match last season’s seventh-place finish which earned the Clarets a Europa League spot. However,  that European campaign was as successful as their summer recruitment, and as the run-in approached, Burnley found themselves in the mire amid a relegation battle. Dyche pulled his side away just in time, getting enough points on the board before a wretched run-in, but finishing sixth from bottom a year after seventh from top must be seen as a disappointment.

17) Brighton
Chris Hughton deserves huge credit for establishing Brighton as a Premier League side but the manager has paid the price for wretched recruitment and some dour football which has bored the pants off fans at the AmEx, especially during 2019. That combination would get anybody sacked, no matter how nice a bloke he might be.

18) Huddersfield
Another relegation battle was expected at the John Smith’s Stadium and with the character the Terriers demonstrated in avoiding the drop last term, it was assumed they would have a good go again. But the spirit David Wagner had generated was gone before the manager, and Wagner-lite Jan Siewert could not stop Town slipping to the joint-earliest Premier League relegation before the end of March.

19) Fulham
The Cottagers came up playing expansive football under Slavisa Jokanovic and their recruitment last summer, when they became the first promoted club to spend in excess of £100m, was hailed as being among the best of the lot. But, in hindsight, their strength became their weakness with a dozen signings of which perhaps only one – Aleksandar Mitrovic – can be classed as a success. Fulham certainly didn’t sleepwalk back into the Championship but nothing they tried, including three different managers, worked. A campaign which was expected to see the Cottagers put roots down in the middle of the Premier League table ended with relegation confirmed over a month before the end of the season.

20) Manchester United
Jose Mourinho knew. Everyone mocked him when he talked about finishing second last season with this group of players as his biggest achievement, and when United refused to give him the players he wanted, perhaps the writing was on the wall. Still, even Mourinho didn’t expect it to go THIS badly. Nor did Ole Gunnar Solskjaer, especially after 10 wins in 11 and one defeat in 17 games following his appointment. But once the euphoria wore off, in terms of points, last season’s runners-up finished closer to the bottom three than the top two.

32 – Manchester United have finished 32 points behind the champions this season – more than they finished behind the top-flight winners when they were relegated in 1973-74 (30 points). Chasm. pic.twitter.com/bTozZLw6X3