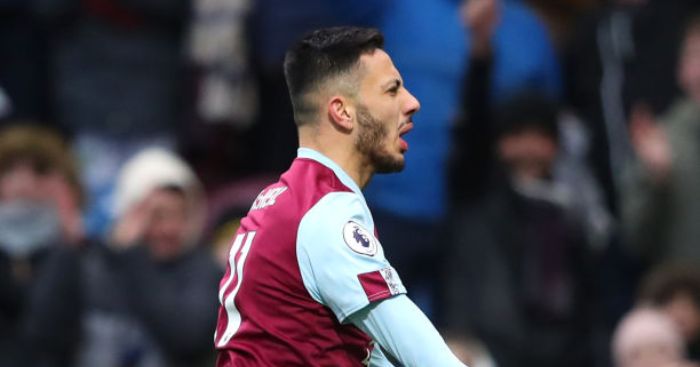 One of the few Premier League teams who have improved year on year. Literally nobody saw this coming…

To make it as a young player at Burnley under Sean Dyche you have to be pretty special, and Dwight McNeil is pretty special. Special enough to attract significant interest from Manchester United as he exactly fits their criteria: He’s young, he’s English and he’s direct.

To get a true idea of the gap between McNeil and his Burnley counterpart Jeff Hendrick on the other flank, we bring you some per 90 statistics…

Dwight McNeil has accumulated 6.83(xA) in the Premier League this season – the fifth largest.

Biggest disappointment: Danny Drinkwater
‘BURNLEY made it a deadline day to remember after the signing Danny Drinkwater from Chelsea on a loan until January 6,’ said the Lancashire Evening Telegraph, who called the arrival of the Premier League winner on loan as a ‘coup’. It was more like a cock-up as Drinkwater started just one Carabao Cup game (they lost 3-1 at home to Sunderland) and one Premier League game (they lost 4-1 at home to Manchester City) before being sent back to Chelsea, who found some other suckers at Aston Villa.

Best performance: Manchester United 0-2 Burnley
There are more than a few to choose from with Burnley remarkably winning more Premier League games this season than all but the top five. But the win that will live long in the memory of Clarets fans was a first at Old Trafford since 1962.

A United side very much pre-Bruno huffed and puffed but lacked any real precision, before being undone by a free-kick knocked down by Ben Mee and swept home by Chris Wood. The first finish was good but the second was a belter, Jay Rodriguez smashing the ball past David De Gea after playing a wall pass on Wood.

The Clarets then held on – though United barely threatened – to keep yet another clean sheet and record a famous victory.

“I think we’ve worked very hard over the years to get some big nights, big moments on behalf of the club side of things and for the players,” Dyche said. “Some real historical moments.”

Worst performance: Sheffield United 3-0 Burnley
To have 54% of the ball and yet fail to muster a single shot on target is about as un-Burnley a performance as you are likely to see. They were 3-0 down at half-time as the defence entirely failed to deal with the Blades’ system and movement, while Wood was a massive miss up front as Ashley Barnes toiled and McNeil had a rare off-day.

This was a real low point which saw them drop to 14th place and the prospect of another relegation battle. They were certainly left in no doubt about their failings by Dyche, who said: “The first half was unacceptable, it’s as simple as that. Too many players were way off the mark.” Of course they won their next game 3-0 and have barely looked back since; you wouldn’t want to make Dyche cross, would you?

Did their recruitment work?
Dyche is absolutely not a man who likes change – we imagine he still likes salad cream – so none of his summer recruits have started over half Burnley’s Premier League games this season. But that’s not to say that anybody but Drinkwater has been a disaster, with Jay Rodriguez scoring five goals and Erik Pieters proving a creative force at left-back before Christmas.

We wait and see on Brownhill, who should probably have clocked Dyche’s reluctance to play new signings before he agreed a £9m January switch from Bristol City.

Manager’s job security
He has a pub named after him; how secure do you think his job might be? Dyche and Eddie Howe are in a league of their own in terms of longevity and persistent over-achievement guaranteeing their job even after relegation. Indeed, it has happened to Dyche once before. But now – with Burnley mid-table – the only way Dyche will leave is by his own volition. And happily for the Clarets, he might well have missed his window.

What they need in the summer
To keep hold of McNeil but Dyche has already admitted that will be difficult, though more because of morals than money. He has warned that clubs had better come to them with a “war chest” of money for their most valuable assets as times have changed and they have no financial need to sell. But they might find it sensible to sell and re-boot a squad that can count eight 30-plus players in their first-team squad. But they won’t. Because Dyche.

They have actually started the process with the signing of Brownhill but they probably need to turn their attention to their right side, with Matthew Lowton and Hendrick ripe for an upgrade. But we have no faith in Dyche ever signing a player again that he wants to actually, you know, play.