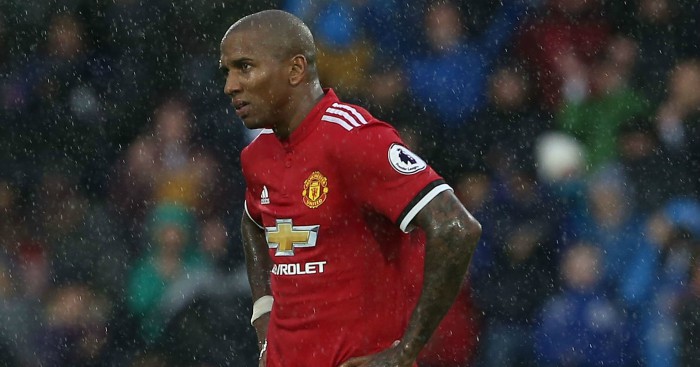 Up until Sunday, this was my kind of week: nothing special from the top teams, leaving me all the space in the world for less publicised folk. Then Arsenal and Tottenham happened. But I’ve still managed to spread things around a bit. It’s a 4-diamond-2:

Goalkeeper: Lukasz Fabianski (Swansea) Kept his team in the match with several fine saves, could do nothing about the two Leicester goals. Nick Pope had an equally good collection of saves against Manchester City, but also gave away the penalty – and although Bernardo Silva exaggerated the fall, the super-slow motion showed Pope landing squarely on his boot.

Right-back: Kieran Trippier (Tottenham) A difficult choice between Trippier and Tommy Smith of Huddersfield. I went with Trippier because Smith had already made this list once. Numerous fine passes up the wing, that beauty of a chipped ball to Harry Kane on the first goal, the delivery leading to the fourth. Watching him at Burnley, I’d never have guessed he’d become a regular for a top-four team. Bravo to him and his manager. And don’t forget Smith’s excellent effort – he’s my current candidate for most underrated player in the league. A fine defender with an unerring instinct for when to go forward. DeAndre Yedlin had his best game for Newcastle, but in this week’s mix he’s a distant third.

Centre-half: Jamal Lascelles (Newcastle) A good all-around display against Crystal Palace, although a couple of his clearances should have been better and was once caught out when advancing to mark Wilfried Zaha. He had the most memorable defensive moment of the weekend, tracking Jeffrey Schlupp half the length of the pitch so that Andros Townsend had no one to pass to on a dangerous counter-attack.

Centre-half: Alfie Mawson (Swansea). Well-nigh impeccable except for Leicester’s second goal. Watch it carefully: as the counter-attack gets close to goal, he thinks Martin Olsson will take care of Shinji Okazaki, and slows up. Olsson stays put and signals for offside, and Okazaki scores. If you think Mawson’s seriously at fault here, strike him off the list, but it’s hard to find a replacement. The strongest candidates (Zanka for clearances and crucial block, Christian Kabasele for marking on Alvaro Morata, Harry Maguire and Jan Vertonghen for all-around play) also had significant blemishes on their record. Goals for defenders serve here as tie-breakers, so I guess it’s Mawson.

Left-back: Ashley Young (Manchester United) Don’t laugh (or cry). Young was United’s best player in the first half, with solid defensive work, some incisive passing, and a few dangerous incursions on the wing. Less effective after the break, but still delivered the cross for United’s best chance up to that point. Not his best game – a few defensive struggles in the second half, and some of his crosses weren’t up to standard – but no one else was in serious contention.

Deep Midfielder: Vicente Iborra (Leicester) The three-time Europa League winner with Sevilla is finally fit, and at first glance looks like a poor man’s Granit Xhaka: comfortable on the ball, a very good passer, an inconsistent defender who’s clumsy in the challenge. Fortunately the good stuff mattered more against Swansea, and that was enough in a week without stand-outs. Jack Cork deserves mention for his work against Manchester City.

Side Midfielder: Mesut Özil (Arsenal) Bit of a luxury player, don’t you think? If Spurs hadn’t run rampant, both he and Alexis Sánchez would have made the list. But the Arsenal men did some of their work with the opposition down to ten, and so one has to miss out. Both notched a goal and an assist, and the rest of their stat lines were classics of their kind. Sánchez was in take-charge mode:  seven shots, three on target, four key passes, but only 71.4% passing. Özil was in silky mode: only one shot, on target, but eight key passes and 89.3% passing. I went with Özil because he gets more grief, and because Sánchez’s passes were a bit more scattershot than usual. Both were worthy. And read Matt Stead on Ozil here.

Side Midfielder: Junior Stanislas (Bournemouth)  If he were named Kevin De Bruyne and played for Manchester City, and had put on a first-half performance like he did against Stoke, he would have received an entire Daniel Storey article and four of 16 conclusions. He was mostly peripheral in the second half, but if he really were KDB and played for MC, his team would have been up 5-0 and he would have been substituted around the hour mark. An awe-inspiring passing display, with the goal and assist a statistical bonus. It’s the second time he’s made this list, and it was an easy choice both times.

Attacking Midfielder: Son Heung-Min (Totttenham) Run after run behind the defence, even if it was only Liverpool. And you just knew he’d bury that first chance: nobody (well, maybe Pedro) finishes with his weaker foot like Son.

Definite correlation between epic Spurs wins at Wembley and man of the match displays from Son Heung-Min. A must for the big games. #THFC

Striker: Shinji Okazaki (Leicester) I’m a fan of the man from Japan, and he had one of his very best matches against Swansea. You’ve seen the act before: constant motion in attack, ceaseless harrying in defence. Fabianski denied him a goal (decent save) and an assist (brilliant save), but he got his reward with an 80-yard run to just the right spot for that Shinjiest of goals, a tap-in.

The unluckiest omission this week was Glenn Murray of Brighton, pipped in what might have been his only chance to make the list this season. He threw his weight around as usual, was excellent in the air, scored on a set-piece and a penalty, and even got behind the West Ham defence for two one-on-ones with the keeper. He couldn’t convert either, which made the difference. But it was a fine showing.

And yes, I noticed that Manchester United have more players on the list than Huddersfield, and Swansea have more than Arsenal. Slate me all you want, but the alternative is to pick players regardless of position, and you know where that leads…