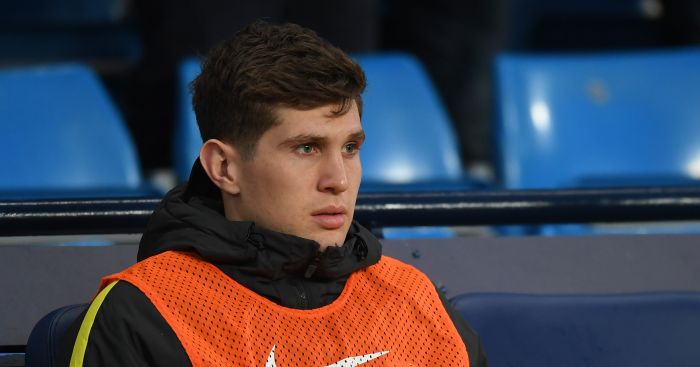 Look, we’ve given them six months and they’re still letting us down…

Scratch that, there now follows a list of Stoke players with more shots on target in the Premier League this season than Bony, to whom Stoke are paying £100,000 a week: Joe Allen, Jonathan Walters, Marko Arnautovic, Xherdan Shaqiri, Peter Crouch, Charlie Adam, Ryan Shawcross.

9) Andros Townsend (Crystal Palace)
It looked so bloody right. Townsend had improved his reputation in a failing Newcastle side, demonstrating that he could flourish away from Tottenham. A move back to the Premier League was deemed vital to improve his England chances, and Crystal Palace was the perfect fit. Yannick Bolasie was leaving, Christian Benteke had arrived and Townsend got a move back to London.

Townsend is included on this list not because he has been awful, but because we’ve been so disappointed. One assist and one goal in 17 starts, but more worrying is that the winger has taken 40 shots and created only 24 chances. The Townsend who was so bloody frustrating at Tottenham has returned.

8) John Stones (Manchester City)
Manchester City might have more money than Scrooge McDuck’s wealthy cousin, but it’s still worth looking at Stones’ £47.5m fee, realising he’s only started five of their last 11 league matches and wincing slightly. Vincent Kompany’s return from injury would not have City fans in quite so much relieved joy if Stones had improved since arriving in Manchester.

This is the same old Stones. The same Stones who was making errors of judgement as a 19-year-old is doing exactly the same three years later, and those who were so insistent that we were witnessing the dawn of a new English great have presumably scaled back their predictions.

The truth is that Stones is a very good defender, but not currently in the Premier League’s top ten in his position. Manchester City did not pay £47.5m for immediate success, but they clearly had higher expectations than Stones is currently meeting. For now, we remain sadly unconvinced.

7) Lys Mousset (Bournemouth)
“Lys is a really talented young centre forward who we believe will be a real asset for us, both in the short and long term,” said Eddie Howe when Mousset arrived in June for a fee of £5.5m. “He has all the attributes you look for in a young player. He is a good size, he is very strong, very quick and knows where the goal is. He is very much in the AFC Bournemouth mould. We are really excited to have signed him and are very much looking forward to working with him.”

Perhaps Howe was protesting to much. Not only has Mousset been entirely useless to Bournemouth’s league season (he has managed 23 minutes in total), but the striker also publicly criticised Howe for his treatment and has now been told he can leave the club on loan.

“If I wanted to be third, fourth or fifth in line as a striker, I could have signed for Arsenal or Tottenham,” Mousset said in December. “It’s bizarre, but I feel like I’ve been left to one side, and it annoys me to think I might go a season without scoring. I feel like I’m a spectator. I can’t stay like this. I always dreamed of being in England, but not in these conditions.”

6) Loris Karius (Liverpool)
It’s a line we’ve used before but, in Karius, Liverpool bought a goalkeeper for the future when they needed a goalkeeper for the present. Having decided that Simon Mignolet wasn’t up to task, Jurgen Klopp needed the Belgian’s replacement to add an air of calm to a defence that regularly look like several cats dancing on a hot tin roof.

Unfortunately, Karius did anything but. After a number of high-profile errors, most notably during the 4-3 defeat to Bournemouth, Klopp swapped his goalkeepers again. It is not that Karius is a poor goalkeeper, but that he represents the same lack of authority that has regularly haunted Simon Mignolet’s career at Anfield. Had they signed Joe Hart, Jack Butland, Timo Horn or Bernd Leno, how much closer would Liverpool be to the top of the Premier League?

5) Brice Dja Djedje (Watford)
There is no better analogy for Watford’s transfer dealings under the Pozzo family than the strange case of Brice Dja Djedje, a man with more DJs than Ibiza. Or something.

Dja Djedje had started 50 league games in the previous two seasons for Marseille when he was signed for £3.5m by Watford. The right-back turned down interest from the Bundesliga. Unfortunately, Dja Djedje then sustained a foot injury and, with Watford still buying players hand over fist, the decision was made to leave the new signing out of the Premier League squad. That left an international defender with two FA Cup matches, so it’s hardly any surprise that he looked a little rusty against Millwall.

NB: Isaac Success can count himself very lucky after arriving for £12m from a Pozzo sister club and failing to score more than one single goal. Very lucky indeed.

4) Didier Ndong (Sunderland)
What do we know about Didier Ndong? He is Sunderland’s record transfer. Lorient’s president reportedly laughed when he heard how much Sunderland were offering for him. His name scans perfectly into the Sisqo classic if he’d just make himself a bit more popular.

It’s hard to criticise a player too much when they are parachuted into the circus and told to organise the cacophonous mess around them, but Ndong is Sunderland’s record transfer and he is the reason that David Moyes is having to sell to buy in January. And he has been part of a central midfield that looks as resilient as wet tissue paper. For those reasons, he’s in.

Given how promising Kapustka looked during Euro 2016, it’s a real shame. We were looking forward to him flourishing in an advanced midfield role for Leicester, but to have made the bench only three times in six months indicates a serious issue.

Last week Kapustka’s agent confirmed that his client would be staying at Leicester, but only because FIFA regulations mean he cannot play for three clubs in the same season: “Given the constraints imposed by the regulations, we decided that the best solution would be to stay in Leicester. For the next six months we plan, together with Bartek, what we want to pursue.”

Rough translation: He’s off in the summer.

2) Moussa Sissoko (Tottenham)
When Newcastle supporters were seen joyously celebrating the sale of Sissoko to Tottenham for a fee of £30m, Tottenham fans probably had a clue that their club had dropped a b*llock. Daniel Levy is rightly lauded for some aspects of his transfer dealings, but waiting until the final hours of the summer window before pushing Everton out of the way to splurge his cash on a player relegated three months earlier was a nadir. Sissoko wasn’t even good for Newcastle, and yet they made £28m on him.

To make matters worse, Sissoko was 27 and had previously regularly proclaimed both his love for Arsenal and his desire to move to the Emirates. By late November, Mauricio Pochettino was publicly criticising Sissoko for falling short of expectations, and by late January, Sissoko had started only nine of Tottenham’s 32 games this season.

1) Simone Zaza (West Ham)
No. 1 not because of how much he cost, nor even because he was so bad, although he was sodding dreadful. No, Zaza is our No. 1 because of what he represented, a club aiming for the stars and ending the summer transfer window lying in the gutter.

And so with it went hope of progression. So with it went those promises made to Dimitri Payet in February about a club that meant business. So with it went a smoother move into the London Stadium, with Matthew Etherington and black cabs nothing more than a distant bizarro memory.