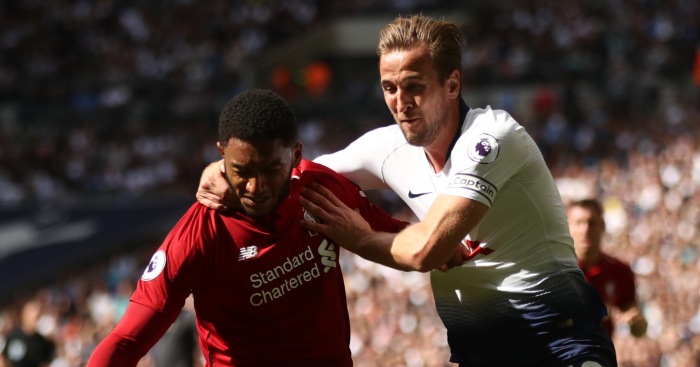 10) Aaron Wan-Bissaka (Crystal Palace)
The breakout young English star of the season and Fantasy Football favourite has already played more Premier League games this season than last, with his only absence a suspension after a red card against Liverpool that has done little to dampen the excitement around the 20-year-old.

Palace have pulled up few trees this season, but have been reasonably sound defensively with Wan-Bissaka at the heart of that resilience. He made made more successful tackles than any Premier League player since February, and he was in our latest Perfect Premier League XI.

England have no shortage of right-backs with Kyle Walker, Kieran Trippier and Trent Alexander-Arnold all still in the frame, but it never hurts to have another one knocking around just in case.

Most successful dribbles by U21 players in Europe's top five leagues this season:

9) James Maddison (Leicester City)
The best non-Wolves player in the Championship last season has made light of a £22m price tag since making the Premier League jump with Leicester, scoring three and setting up two more to earn a first England call-up.

It remains early days at this level for the 21-year-old and the returns have dried up slightly – he hasn’t scored in his last five Premier League games. But he is a young Englishman with skill and swagger making a success of his chance at the highest level, and that’s something we should all get behind.

8) Kyle Walker (Manchester City)
At risk of being taken for granted such has been his consistent excellence under Pep Guardiola since leaving Tottenham. Still the best right-back in the league and a competent right-sided central defender.

He was a bloody good player at Spurs and an even better one now. England really need to instigate a system where all players are coached by at least two of Pep Guardiola, Mauricio Pochettino and Jurgen Klopp. To be fair, they’re not that far off already.

7) Jadon Sancho (Borussia Dortmund)
We’re embarrassed for him that he did not score or assist in Borussia Dortmund’s 1-0 win over Wolfsburg this weekend, leaving him with paltry totals of four goals and six assists in the Bundesliga so far this season. He could claim a second assist, but what sort of a dick even talks about second assists?

Jadon Sancho is the first English player in Europe’s top five divisions this season to be directly involved in 10 league goals.

The 18-year-old has already made his England debut, making us all giddy with a few minutes off the bench against Croatia. Basically he is The Future. Though Reiss Nelson is also The Future.

6) Harry Kane (Tottenham)
He still looks knackered, he’s still playing well below the levels of which he’s proven himself capable, and he’s still scored six Premier League goals, plus two more in the Champions League despite Tottenham’s much-publicised struggles, as well as producing one of the all-time great goalless centre-forward displays in an England shirt against Spain.

Legitimate concerns remain around the long-term effects of his extreme workload, and he has huffed and puffed through too many games and been drawn too deep too often. But even at half-power he remains an elite goalscorer and England’s most important player.

5) Glenn Murray (Brighton)
Easy to be sniffy, but he’s scored as many goals as any other Englishman in the Premier League this season – Harry Kane included – and is also the only player currently scoring half his team’s goals having netted six of Brighton’s 12 despite the previously insurmountable handicap of being 35.

It’s easy to consider the flaws or look at what Murray can’t do, but any striker scoring better than one in two for a team outside the elite in the increasingly stratified Premier League has earned plenty of slack, and it’s no one-off streak either after a perfectly respectable 12-goal haul last season.

4) James Milner (Liverpool)
Completely stuffed that parody Twitter account by possessing an abundance of self-awareness, that rarest of all qualities among elite sportsmen. Almost as importantly, has established himself as a vital member of Liverpool’s history-chasing team.

Although often considered to be defying the ageing process by still being good at football at an age almost incalculable even by modern technology, he is inexplicably still only 32. Talk of a return to his boyhood club Leeds continues to swirl, but the brutal truth remains that such a move would be way beneath his current level.

3) Joe Gomez (Liverpool)
Last season, Joe Gomez played one game at centre-half for Liverpool. It was in a 2-0 League Cup defeat to Leicester, with easily-watchable sitcom partnership Shinji Okazaki and Islam Slimani both scoring. His other 30 appearances came either at right or left-back.

This season, Gomez has been one half of arguably the Premier League’s best central defence. Virgil van Dijk has been as brilliant as one might expect for a £75million signing, but his younger teammate looks nothing like the sort of player you’d expect to receive when handing £3.5m over to Charlton all those years ago. Gomez has been wonderful for both club and country; Jurgen and Gareth should count themselves awfully lucky.

2) Callum Wilson (Bournemouth)
Bournemouth have arguably been the story of the season with their entertaining, attacking, goal-laden march to 20 points from 11 games.

At its heart has been Wilson, who scored eight goals and contributed two assists last season but has matched that goal involvement total by early November with totals of six and four.

Eddie Howe says the first England call of an injury-plagued career is now ‘a matter of time’. With as many goals as Harry Kane and Raheem Sterling, he’s certainly a fair shout for the now-vacated Jamie Vardy role in Gareth Southgate’s squad. But then there’s Wayne Rooney…

1) Raheem Sterling (Manchester City)
Top of this list 12 months ago and Football365’s Favourite Player is still sitting pretty 12 months later on the verge of a £300,000-a-week new contract. Unlucky, haters.

With player and club picking up where they left off last season he’s bagged six goals and five assists in nine Premier League appearances for Manchester City and – glory be – he’s ended that three-year England goal drought in magnificent style with a brace in Seville as he, Marcus Rashford and Harry Kane led Spain a merry dance for 45 delirious, head-spinning minutes that we’re already no longer sure actually happened.