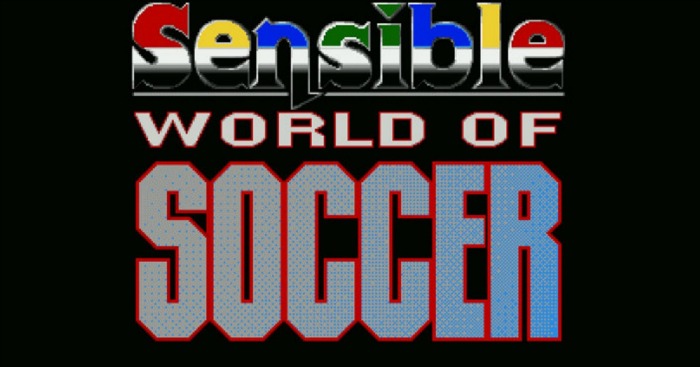 Warning: This list obviously contains personal opinion, but people do get a bit angry about computer games. If you disagree with the selections then you are right and I am wrong. We have also decided to roughly limit it to one game per ‘series’, in order to provide some variation. I get it, all the Championship Managers were obscenely good.

10) New Star Soccer
There is a definite retro hipsterism in the treatment of football computer games, and many of the others on this list will be looking at New Star Soccer and rolling their eyes at the new kid in the corner. Yet NSS is the perfect example of what smartphone technology can achieve when combined with a subject already the subject of hopeless addiction.

The premise of New Star Soccer is that you are a player who must work through a career (starting in the lower leagues) by passing, dribbling and shooting your way to success and helping your team. In doing so you earn money, which can be spent on a variety of off-field products from energy drinks to racehorses. It’s an entirely created world, and it’s free.

As with any smartphone game, the focus has increasingly shifted to in-app purchases, but that doesn’t detract from the game’s very simple magnificence. All that’s left to do is recommend this interview with its creator.

Released in 1998, Libero Grande was groundbreaking. For the first time it offered realistic stadium angles from a first-person perspective, and playing as one individual on a team had never before been entertained as a concept. The lack of naming rights clearly detracted from any sense of realism but, true to Namco’s form, the game has a deliberate arcade feel.

Libero Grande might not be remembered widely 17 years after its release on the original PlayStation, but it deserves respect alone for the amount of my childhood it devoured.

8) Score!
Another of the new breed of games playable on smartphone and tablet, Score! is a wonderful example of finding a true gap in the market and exploiting it perfectly.

Rather than creating your own history – the line sold by so many games – Score! requires the player to re-create what has gone before. This is pretending to be Stuart Pearce in the front garden for the technology generation.

The premise is obvious. A number (and the less polite term is a sh*tload*) of famous goals are there for you to score. Each goal has three levels. The first requires you to get the correct accuracy, the second accuracy and power and the third needs the user to do both of the above for a slightly tweaked goal from the original. You are awarded up to three stars for each goal, which are used to unlock more goals. It is sensationally addictive.

7) FIFA Road To World Cup ‘98
Released in time for Christmas 1997, RTWC 98 provided the most realistic graphics of any football game. Although FIFA launched an official World Cup ‘98 game, its predecessor had already captured the market. I’m ashamed to admit (he’s not ashamed – Ed) that I played out the entire qualification campaign for World Cup ’98 by watching computer vs computer matches, recording the results in a notebook with scores and scorers. Ladies, come on down.

– The indoor five-a-side mode, never seen before and hardly since, despite being eight times greater than sliced bread.
– The ability to slide tackle – and therefore foul – the goalkeeper. This earned a red card every time, and yet became like watching the video in The Ring, thoroughly ill-advised but impossible not to do. How many precious lounge ornaments were saved by the ability to release tension with one press of a button?
– Blur’s Song 2. It seems strange to associate an entire computer game with just one song, but then you hear the song and all you can think of is playing a silly game 17 years ago.

6) LMA Manager
Great football management sims on consoles are about as commonplace as rocking-horse sh*t, but LMA Manager came closer than most. Released in 1999, it at least offered some resistance to the Championship Manager bandwagon that was hurtling along at high speed.

LMA Manager’s clever way of dealing with the vast swathes of information that could not be replicated on a console was to give each player a mark out of 100, visualised on a slider. It made transfer decisions easy, despite a database of 8,000 players and 294 clubs. This was management game with arcade feel.

LMA Manager also had 3D highlights (which didn’t reach Football Manager until 2010), after-match highlights and commentary and a logical menu system, the flaw of many management console games. Looking back at screenshots now, it really does stand the test of time.

5) International Superstar Soccer ‘98
The predecessor to the Pro Evolution Soccer series, ISS was first released on the Nintendo64 in the form of ISS64. By the time ISS ‘98 had been released exclusively on the console, Konami had it nailed.

Released in Europe in September 1998, this was the first time that FIFA’s video game series had been truly surpassed, the lack of real player and club names counteracted by the fun element that FIFA overlooked for far too long.

Before ISS, scoring a goal on a football video game was a predictable business, easily categorised into three or four types. Rather than the match feeling formulaic, there was a real sense of the unpredictable. The commentary even managed to move away from four or five set phrases, a constant irritation with earlier attempts.

ISS brought through a new fluidity and freshness that the market had been crying out for. There were tactics. There was possession. There were through balls. This was actual football!

4) Football Manager 2005
In truth I could have chosen almost any edition of the Football Manager series, the behemoth that has now influenced football more that it could ever have dreamed of doing, but I’ll always go back to the original. FM 2011 introduced the press conference and 3D match engine, but even that felt like an upgrade. FM 2005 felt like a new genre had been born. Playing for the first time, you could envisage the progressions that could come in five years’ time.

Introduced after the split between Championship Manager and Football Manager, with Eidos and Sega the two houses battling for supremacy, it was Sega and Sports Interactive who won the war with their first strike in anger.

Quite simply, SI nailed it. They added to the extraordinary database of player and club information with nuggets such as mind games, manager interaction, detailed injury information and an online multiplayer mode. More importantly, the bugs of CM4 and CM 03/04 had been eliminated.

For a superb review of this game (and an explanation of why you get so addicted), simply go here. Warning: It will make you want to go back and do it all over again.

3) Pro Evolution Soccer 3
For a period of at least four years before EA Sports and FIFA finally captured the market, Konami were king. Whether you called it ‘PES’, ‘Pro Evo’ or Pro Evolution Soccer, these were the ultimate football computer games for playing with friends.

Whereas PES 2 still felt slightly formative, Nos. 4, 5 and 6 merely stood on the shoulder of the giant, PES 3. It had a vastly improved graphics engine, but much more important was the recognition that, once a level of realism had been attained, gameplay and fun were the priorities.

With Master League the staple of the single player, the default was multiplayer action and responsive controls, with long-range passing control, realistic fatigue and skill moves all introduced for the first time. It established the PES series as the definitive football console experience

2) Sensible World Of Soccer
In 2007, an academic, game designers, journalists and researchers compiled a list of the top ten most important video games of all time. Sensible World of Soccer was not only included, but was the only sports game on the list. It was also the most recent game included.

SWOS (or ‘Sensi’, depending on your preference) was an undoubted gamechanger. After the success of Sensible Soccer on the Amiga in 1992, the creators added a management element and ensured that their product would become a cultural icon.

A large database (22,000 players was unheard of at the time) and fast gameplay made SWOS incredibly addictive, but most of its joy came in the knowledge that we were witnessing the peak of 2D graphics. Three years later and Sensible would be no longer, overtaken by a 3D world. Like a celebrity’s life cut short in its prime, it only created an aura around SWOS and a cult following that stay forever loyal.

The game was also difficult enough to keep players hooked. Combined with enormous playability, SWOS could eat up hours more powerfully than the strongest narcotics.

There is no one reason for Championship Manager 01/02 to be placed so far ahead of its rivals, so let’s turn to the wider world (Twitter) for their explanations:

1) Because it was so many people’s first Championship Manager game.
2) Because it balanced nerdery and playability so perfectly.
3) Because of Cherno Samba (and other such cheat players).
4) I reckon it’s mostly nostalgia for the generation now online.
5) It was easy to assemble a good team, simple tactics, could rattle through seasons quickly.
6) It was around the time of Arsenal United rivalry – peak Premier League.
7) Simple interface.
8) Perfect balance of complexity and ease. First football management game that I ever felt was ‘fair’.
9) The data editor, and the ability to add yourself as a player.
10) I thought that it was the right balance between game and “simulation”. I find the newer versions far too complex.

All that, within 180 seconds of asking the question, as if there was any doubt of the game’s place in the hearts of football supporters a full 14 years after its release.

Some computer games pass the time, others eat it away at double speed. Championship Manager 01/02 chewed up whole days, weeks and summers. Not only that you thanked it for doing so and still do. Just ask Iain Macintosh.