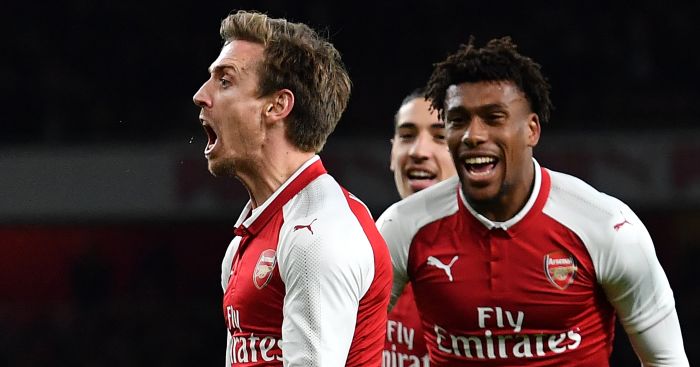 We have done the goalkeepers and full-backs, now for the central defenders. And we still don’t know if Nicolas Otamendi is any good…

10) Davinson Sanchez (Tottenham)
The youngest central defender with 20 or more Premier League appearances this season, and a key member of the third tightest defence in the league. Sanchez arrived in England expecting Mauricio Pochettino to ease his way into life in England, particularly given his age. Then came Toby Alderweireld’s injury issues, which were followed by his private admission that he would like to leave the club this summer.

That would have been a problem if Sanchez had not been ready to step into the breach, but the young defender’s form has made the switch from Alderweireld as smooth as could have been expected. Now look forward to him shackling Harry Kane at the World Cup to knock England out in the last 16.

9) James Tarkowski (Burnley)
If this list was comprised according to expectation rather than simple performance level, Tarkowski would be in the top one. Before this season, he had four top-flight starts to his name and had only once before managed 30 appearances in a league season.

Yet following the departure of Michael Keane to Everton, Tarkowski has covered for that absence impeccably. He always had the trust of Sean Dyche – it’s worth noting that Burnley did not sign a natural central defender last summer despite Keane’s exit – but to step up so impressively in your first season of regular Premier League football takes some doing. It’s no surprise that Gareth Southgate came calling.

8) Nacho Monreal (Arsenal)
Pushed into a central defensive role thanks to a) the arrival of Sead Kolasinac, b) Arsene Wenger’s irregular use of a back three and c) the lack of any other trustworthy central defenders (reasons listed in order of ascending significance), Monreal has become Arsenal’s Mr Reliable.

The Spaniard might still prefer to play left-back – although he’s hardly the type to complain – but he’s played almost three times as many times in central defence than out wide in the league this season. Learning a new position at 31 isn’t easy, especially when you are surrounded by incompetence, which makes Monreal Arsenal’s Player of the Season.

As an aside, Monreal, Azpilicueta, Marcos Alonso and Dani Carvajal are now 32, 28, 27 and 26 years old respectively. They have fewer than 60 international caps for Spain between them. It’s just greedy having that many full-back options.

7) Lewis Dunk (Brighton)
The first of three Englishmen in succession in our top seven central defenders of the season, none of whom have received an international call-up. When Gary Cahill and Phil Jones get caught in possession and are made to look silly in Russia, don’t tell us we didn’t give Southgate options.

Dunk is probably the last player on this list that readers might have guessed if asked to pick the ten. His team is not competing at the top end of the table and he does not play for a particularly fashionable club – at least in terms of media attention.

But that’s hardly Dunk’s fault. He has not missed a minute of Brighton’s debut Premier League campaign, and Brighton have the meanest defence in the bottom half. Still just 26, there must be clubs higher up the table considering a bid this summer.

6) Jamaal Lascelles (Newcastle)
Captain, my captain. I won’t pretend not to love Lascelles like the child that a) I don’t have, and b) is less than eight years younger than me, but his inclusion so high up this list is based on merit alone.

But more important than all that is that Rafael Benitez loves him, and there is a manager who truly appreciates a central defender: “As soon as I made the decision to make Jamaal the captain of Newcastle United, he rose to the challenge and he has developed as a player and a character. He has proven himself to be a very good leader and a good role model too. He has also improved as a player, responding well to our advice and guidance and getting better with every game.”

5) Ben Mee (Burnley)
The campaign to turn my ‘Ben Mee shape me, anyway you want me’ ode to Burnley’s central defender into a regular terrace chant has so far fallen on deaf ears, but I will not be defeated. Did I eventually get Selhurst Park singing ‘Rie-de-wald’ to the tune of Do They Know It’s Christmas? despite initial resistance? I think you know the answer. (No.)

Mee is more than three years older than teammate Tarkowski, handily explaining why it was Tarkowski who thought that his mates were bantering him by calling him up and pretending that he had been named in England’s squad, not Mee.

Yet to our minds, Mee has been the better of the Burnley pair. He is the all-clearing, all-heading, all-action central defender that Dyche thinks about as he drops off to sleep hoping for sweet dreams.

4) Cesar Azpilicueta (Chelsea)
Not Azpilicueta’s best season at Stamford Bridge, but even by unflattering comparison he still comfortably makes this list. Chelsea have plenty of issues in central defence that Antonio Conte’s replacement must solve, but Emperor Cesar is not one of them.

The consistency of availability and form is outstanding. Since being rested for two of the final three games of the 2014/15 season as Chelsea celebrated title victory, Azpilicueta has played 9,681 of a possible 9,990 Premier League minutes. That’s absolutely ludicrous.

If Dave has suffered this season, it is only because of the changing cast around him. He has 33 Premier League starts this season. Gary Cahill, David Luiz, Andreas Christensen and Antonio Rudiger all have between nine and 22.

3) Harry Maguire (Leicester City)
Oh to feel the warm glow of June 2017, when the world was not on the brink of Cold War and £17m for a central defender felt like a stupid about of money. Using the Daily Mail’s comments section as a barometer of anything other than just how racist the UK is foolish, but Maguire’s move did provoke some crackers:

‘He cost 6 times more than Diego Madonna,’ said Red-it, presumably humming along to Like A Virgin as he typed. ‘Mext 2-3 years will be financial crush for the game and we all will return to stone age football.’ Because cavemen couldn’t get enough of kicking a rock around.

‘17million for who? my lord i thought the pickford transfer was bad but this one takes the biscuit,’ was EazyCheesy666’s take. ‘Like the man Connor Mcgregor once said……WHO THE HELL IS DAT GUY?’ It’s Danny Welbeck, EazyCheesy666.

‘This lad is better than Gary Cahill,John stone,Phil johns and chriss smaling,but because he’s from non-noise club no body talks much about him,’ said Joel Neal Samuel with a degree of passion. Going to go ahead and assume his name is Joel Neil Samuel but he just cocked up the spelling.

Despite the opinions of the nation’s pundits, Maguire has been excellent. Starting for England in Russia might be his reward.

2) Nicolas Otamendi (Manchester City)
You know what, I’m still not convinced. People can tell me Otamendi is brilliant, and I feel duty-bound to put him high up this list given that his fellow professionals voted him into the Premier League Team of the Season and given that he has played the most games in central defence for the champions. But Otamendi suffers from David Luiz syndrome, whereby you can be absolutely brilliant for a few games and then make a ricket that would make an over-zealous youth coach scream at a ten-year-old.

And then you realise that David Luiz was No. 1 on this last year, and it all makes so much sense. Don’t be surprised if Otamendi is nowhere to be seen in April 2019.

1) Jan Vertonghen (Tottenham)
Of last year’s list – which featured all defenders – Vertonghen and Azpilicueta are the only surviving members (in terms of presence on this list, I mean, there hasn’t been a terrible accident). While Azpilicueta drops slightly from third to fourth, Vertonghen climbs a place into top spot. It’s thoroughly deserved.

Alderweireld might well be the better pure defender (although that’s a matter of opinion), but Vertonghen is the one most loyal to Tottenham and so the one most cherished by Pochettino. Add in his greater versatility and greater ability at taking the ball forward out of defence, and you have a pretty perfect central defender. Now just hope that Tottenham players don’t see Alderweireld and Danny Rose leave this summer and get their heads turned.