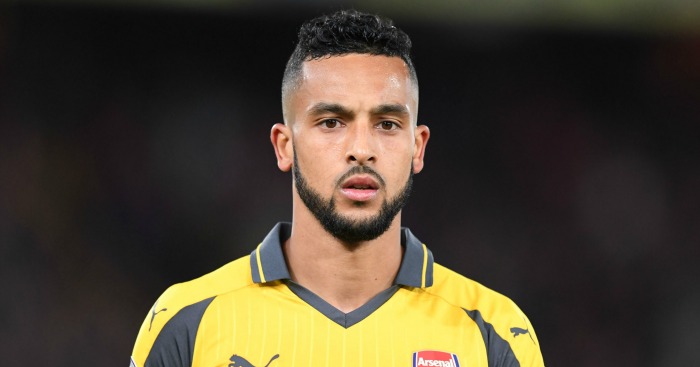 With the news that Jack Rodwell can leave Sunderland f0r nothing (more on him later), here are ten English players who never quite lived up to the hype…

10) Jermaine Pennant
If you were looking to write a fictional parable of the modern footballer, you would struggle to do better than recount the tale of Jermaine Pennant and his Porsche. Pennant became the most expensive trainee in English football history when joining Arsenal from Notts County for £2m, but was blighted by a lack of league minutes and a clutch of disciplinary issues.

The Porsche story comes from his time in Spain with Real Zaragoza. Pennant was contacted by the club five months after his exit after his car – complete with ‘P33NNT’ personalised number plate – was discovered at the city’s railway station. The claim was that he had simply ‘forgotten’ he owned it.

In fact, Pennant had deliberately left the car there for only a few weeks, racking up hundreds of pounds in parking tickets before he had it picked up. Yet it’s hardly a compliment to Pennant’s professionalism that the story was eminently believable.

Now 34 and at Billericay Town, Pennant never even made it beyond England’s Under-21 team and yet played for six Premier League clubs and started in Champions League and FA Cup finals. What might have been.

9) Michael Branch
Everton have some form here. Danny Cadamarteri and James Vaughan could easily have been picked, but we’ve gone with Branch. This is the inevitable result of having a wonderful academy at a traditionally big club in a football-mad city. When young players come through, they get noticed and hyped.

Branch made his league debut for Everton against Manchester United, four months after turning 17. The notes in Everton’s match day programme that day, as told by the Guardian’s Daniel Taylor: ‘The most natural goalscorer to emerge from Everton’s ranks for years.’ Talk about piling on the pressure.

The truth is that Branch was simply not good enough, with a number of loans leading to a permanent move to Wolverhampton Wanderers and subsequent steps down English football’s ladder. But the tragedy here is that Branch then fell into crime, sentenced to seven years in prison after police found a kilogram of cocaine in his home and understandably concluded that Branch intended to supply.

Branch does not deserve to escape blame for his decline – being good at kicking a ball does not make you immune from morality – but he is a reminder of why football owes its participants a support network for when things go wrong.

8) Ross Barkley
Having moved to Chelsea in the January transfer window, Barkley still has a chance to rescue a career on the drift. Yet there’s no doubt that a player whose ability was compared to that of Paul Gascoigne desperately needs some on-pitch stability and consistency. By the age of 24, Gazza had been named in the all-star team at a World Cup and was closing in on a move to Serie A; Barkley last played a competitive minute for England in October 2015.

It’s not obvious why things have not gone better. Barkley has certainly had his share of injuries, like many on this list. But he also fell out of the Everton team under Ronald Koeman. Given his obvious natural talent and ability to drive forward with the ball – an attribute that managers usually love – that’s a massive bloody shame.

“I am not sure [if he will ever reach his potential],” Koeman said in December 2016. “Ross needs to improve to be the player that maybe everyone expected when he was 18 or 19.”

It’s also not easy to see where Barkley fits into Chelsea’s first-choice team. He cannot afford to start the odd game but too often be a substitute and merely a useful addition to the club’s home-grown quota.

7) Micah Richards
Here’s a fact that might surprise a few of you: Micah Richards is still an Aston Villa player. The term can be used loosely, given that he has played 128 minutes since Villa’s relegation in May 2016.

It’s all such an incredible waste. Richards looked like England’s right-back game-changer between 2006 and 2008, the probable modern replacement for Gary Neville’s safety-first style that would help England embrace the new wave of full-backs as attacking threats. Richards was raw, but his pace got him out of problems with positioning. This was exciting and fresh.

Having been usurped from Manchester City’s team by the magnificence of Pablo Zabaleta, it’s just not quite worked out since. Richards should be congratulated for his bravery in moving to Serie A on loan, but joining Villa before their disastrous relegation has led to him dropping off the radar completely. He’s still not yet 30.

6) Michael Johnson
Football is far from perfect in its treatment of mental health issues, but it is at least improving. In an interview on the eve of the Manchester derby in April 2015, former Manchester City midfielder Johnson opened up to the Daily Telegraph on the extent of his issues.

Johnson had been hailed as “England’s next big star” by then-City manager Sven-Goran Eriksson, and was also the subject of a £12m bid from Liverpool. That offer was rejected out of hand; City had no wish to lose a young star. Injuries hampered his career, but mental health issues almost ruined Johnson’s life.

“Pressure affects everybody, but people deal with it in different ways,” Johnson said in that interview. “We all have different skill sets, whether it is football or any job, and I don’t think I had the best skill sets to deal with it. I am not being in any way critical of City, but the general view within the game is that you are a footballer, you are paid well, so there must be a road-block somewhere.”

“People in the game sometimes forget that footballers are humans,” was Johnson’s lament. Many are still guilty of the same wilful ignorance.

5) Jack Rodwell
The inspiration for the list, without that sounding particularly harsh. ‘Could Rodwell be the next Bale?’ read a particularly SEO-hungry BBC Sport headline October 2016. It referred to Rodwell’s 35-match streak without a Premier League win.

In November 2011, Rodwell played for England in their victory over world champions Spain, and Fabio Capello was impressed. The England manager predicted that Rodwell would be “very important for years to come” for his national side.

Eight months later, Rodwell joined Manchester City from Everton, failed to break into the first team, suffered a series of muscle injuries and eventually joined Sunderland on a permanent deal. Only this week, he was offered a free transfer as Chris Coleman looks to slash the wage bill and improve his squad.

Rodwell’s critics blame him for chasing the money, but it’s hard to really blame him for that choice. He backed himself to become a success at a Premier League club with grand ambitions, and paid the price for his failure. Now 26, there is little to enjoy here.

Ten years later, Bentley was retiring from football altogether at the age of 29. Unlike so many on this list, his career had not been decimated by injuries. He had simply fallen out of love.

“I’ve given up football,” he said live on Sky Sports, holding back tears. “I’ve taken the decision to take my life in a different direction. I’ve just had little baby twins, three months old, and I’ve got a little four-year-old and I want to focus on that. My love for the game went a little bit and I didn’t want to carry on just for the fact of paying me money. Life’s too short for that.”

As late as 2007, England manager Steve McClaren was still comparing Bentley to David Beckham, but such comparisons weighed down the midfielder. A £15m move to Tottenham ended in disaster, and from then on Bentley’s career dwindled.

3) Kieron Dyer
“I spoke to a Tottenham player towards the end of last season. He’s a full international, regular for his country and regular for his team,” Dyer said last year. “He told me what he was on wages wise and I was on more money than him at Newcastle in 2002. It’s a massive problem.”

Most Newcastle United supporters probably agree, although perhaps not quite in the way Dyer would like. His was a career built on the constant hope that early promise would be fulfilled. Even as he battled with injuries that would blight his every year, the lingering belief remained that next season could be his season. And then he retired.

2) Theo Walcott
Taken to a World Cup a fortnight after becoming England’s youngest ever senior international, Walcott overcame the disappointment of not being used to begin his Arsenal career in some style. When he also became the youngest player in England history to score a hat-trick for his country in September 2008 at the age of only 19, Walcott looked like the winger England had long cried out for.

Instead, Walcott has become a metaphor for Arsenal’s fading force, left out to rust in the rain and now ready to slip out of an Emirates side door. He has started 30 games in a league season only once in his career, only twice reached double figures for goals despite insisting he should play through the middle and scored only four more competitive England goals in almost a decade since the Croatia hat-trick. Two of those were as a substitute for club teammate Alex Oxlade-Chamberlain against San Marino.

Now 28 and Arsenal’s longest-serving player, Walcott has lost his shine and lost his way. The best he can hope for is an Indian summer.

The suspicion is that Sharpe probably still doesn’t get it. In an interview with the Guardian in 2002, he insisted that he needed a couple of beers to relax after a game. He and Alex Ferguson disagreed that there was no difference between doing it at home or out on the town, and Sharpe could not quite concede that Ferguson was right.

When asked in that interview if he had ever taken cocaine, Sharpe’s denial hardly hinted at a monastic lifestyle: “To be honest, I’ve never been around anybody that I could trust to give me good stuff.”

Having debuted for Manchester United at 17 and England at 19 and PFA Young Player of the Year, Sharpe threw it all away because he never quite understood how hard you had to work. He was, incredibly, only 33 when Celebrity Love Island first aired. What a bloody waste.