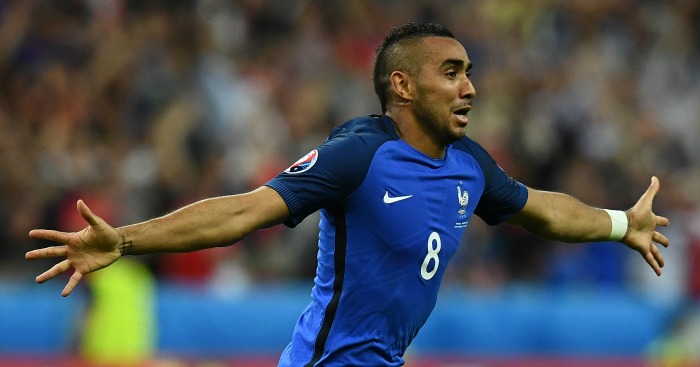 10) Kapustka will be a star
Bloody typical. There were plenty of candidates for my top ten young players list, but the rule was one from each country. Arkadiusz Milik got the nod for Poland and scored the only goal against Northern Ireland, but it was 19-year-old Bartosz Kapustka who was the game’s best player.

To say Kapustka is a fledgling is an understatement. He may have played eight times for his national side, but has played just 63 times in all competitions for Cracovia, having moved to Krakow from Tarnow at the age of 16. He was only included in Poland’s squad after apologising for a nightclub fight that saw him disciplined by his club.

“The transfer rumours are not something that will keep me awake at night,” the president said, quoted by Goal.com. “If a club offer €1.5-2 million, I will advise Kapustka against such a move. Such an offer would mean they’re a weak club, and he can do better.” Four million pounds might a) be enough, and b) be a chance worth taking.

9) Kroos is the game’s *other* pass master
It was the obvious difference between two enemies. With a minute to go in their first group games, both England and Germany led 1-0 against Eastern European opposition, and faced a ball into their own box. While England conceded their lead, Germany cleared the ball, started a lightning-fast counter-attack and clinched victory with a second goal. Even Joachim Low’s genital exploits couldn’t dampen that mood.

Germany did not play particularly well against Ukraine, but they possess one thing that England do not. While Wayne Rooney was effective with his cross-field passes and Alli occasionally dangerous driving forward, there is no central midfielder with the passing range of Toni Kroos. The German is easily overlooked in a club midfield which also contains Luka Modric, but the pair complement each other perfectly and were the biggest individual stars on the first Sunday of the tournament.

Kroos’ authority on the ball is catching, spreading serenity to those around him. Against Ukraine, he had 125 touches of the ball (15% of Germany’s entire total) and completed 102 of his 109 passes. As the conductor of his national team, Germany truly are under Kroos’ control.

8) Marc Wilmots is a poor coach
We regularly talk about teams being greater than the sum of their parts, but Belgium coach Wilmots has managed to achieve the opposite. To take a squad so talented and turn them into a ragtag, uninspiring team takes some doing.

Belgium’s defeat to Italy was the ultimate endorsement of the effect a coach and his style can have. While Italy played to their strengths (the best central defence in world football) and were disciplined positionally throughout, Wilmots hampered his glittering array of attacking midfielders by putting Kevin de Bruyne wide right and Marouane Fellaini on the pitch at all. Fellaini’s inability to turn on the ball and run forward – over 70% of his passes were backward – isolated Romelu Lukaku. Lukaku looked as lost as a little lamb against the might of Giorgio Chiellini and Leonardo Bonucci. In defence, Jan Vertonghen was twice seen screaming at his central midfielders for help.

This is nothing new from Wilmots. In World Cup 2014, Belgium had the most exciting squad at the tournament and yet limped through to the quarter-finals. Monday evening was evidence that he has not improved. FIFA.com editor Steve Feekins tells me that Korea Republic’s Cha Bum Kun was sacked after two group games in World Cup ‘98, the last time a manager was sacked mid-major tournament. It would be fitting to see a repeat.

7) The second round of games will be even better
It was always predictable that the first round of games would be tight. The weaker teams, aware that the four best third-placed finishers will qualify, are content to sit back and defend, particularly against the stronger teams. Even when behind, adventure is at a premium: the cost of a 1-0 defeat is far less than going for a point and risking the damage to their goal difference. When third place goes through, goal difference almost always plays a part.

For the second round of games, ambitions change. This is like moving day at a major golf championship after being happy to take level par over the first two rounds. Northern Ireland, Romania, Albania, Turkey and Czech Republic will all need to alter their style and mindset in a bid to get the three points that will prove vital to progress to the tournament’s third week.

6) Iniesta covers even for Xavi’s loss
European football’s metronome shows no sign of rust at the age of 32. Perhaps that because Andres Iniesta has Sergio Busquets behind him for club and country, the equivalent of being wrapped in a lovely blanket. Or perhaps it’s because Iniesta is on his way to eclipsing the greatness even of his mentor Xavi.

Iniesta received the ball 105 times against Czech Republic, and made a pass 93 times. Toni Kroos has already been praised in this list, but Iniesta puts all else to shame and into shade. He has not just taken on Xavi’s mantle but expanded upon it.

Lee Dixon joked on commentary that if he could choose any superpower for a day, he would be Iniesta. That’s the mark of the man right there: he makes flying, x-ray vision and invisibility seem mundane.

5) Croatia deserve their ‘dark horses’ tag
Ante Cacic’s side may have only won by a single goal against Turkey, but theirs was the most complete performance of Euro 2016’s opening weekend. Their opponents had not been beaten in a competitive game for close to two years, yet barely laid a finger on their opponents.

Turkey may have had nine shots to Croatia’s 19, but all but two of those were from outside the area. Fifteen of Croatia’s shots came from inside the penalty box. They really should have won by four or five goals, with Darijo Srna and Ivan Perisic both hitting the woodwork.

Given how the draw plays out, the group game between Croatia and Spain almost becomes a quarter-final. The winner of the group faces a third-placed team in the last 16, followed in all likelihood by either Switzerland or Poland in the quarter-finals. The loser would be likely to face Italy and then Germany just to reach the semis.

On the evidence of their opening games, that match on June 21 will be one of the best in the group stage, two elite midfields battling for supremacy. Croatia should have nothing to fear.

But where are the great European strikers now? Zlatan Ibrahimovic perhaps, but he is 34. Cristiano Ronaldo is an all-round forward rather than striker. Robert Lewandowski probably qualifies, although he was far from his best in Poland’s opening game. Harry Kane’s place may even be under threat for England. Anyone else? And anyone at all that we could call a poacher?

France have Olivier Giroud and Andre-Pierre Gignac. Italy have Eder and Graziano Pelle. Spain have Alvaro Morata and Aritz Aduriz. Germany have Mario Gotze as a false nine and Mario Gomez on the bench. These are comparatively slim pickings for four of the favourites.

3) Or many great coaches, either
Perhaps it is the draw of club football and all the riches that it offers, but the list of coaches at Euro 2016 contains very few who have held top positions outside international football in recent times.

The exceptions to the rule are Antonio Conte and Vincent del Bosque, but even the latter’s spell at Real Madrid ended in 2003. Where have all the great tacticians of international football gone?

2) Hodgson must be better with his substitutions
There are plenty of teams in Euro 2016 for whom the focus is on one player: Wales, Portugal, Sweden, Poland, Austria, Slovakia. England are the opposite; they are a team in every sense of the word. Wayne Rooney may have previously been the star, but a poll of England’s best player now would bring up multiple responses.

In fact, you can go further. So uncertain were the press and public about England’s starting line-up a fortnight before the opening game, that Jamie Vardy, Nathaniel Clyne, Jack Wilshere and James Milner were all picked in various predicted teams for the opening game. That indicates just how strong the competition for places is in England’s squad.

That can be a great advantage in a major tournament, because it means those coming from the bench are not reserve players, but impact substitutes. Which all makes Roy Hodgson’s decision to leave two of Jamie Vardy, Daniel Sturridge and Marcus Rashford on the bench for the entire game against Russia even more bizarre.

With the game stretched and the defence notoriously struggling to keep clean sheets, England needed to make their advantage count. Russia’s defenders were tired, but so too were Harry Kane and Adam Lallana. Leaving both on allowed Russia to push forward in the final stages of the game. Must do much better next time.

1) Payet could leave West Ham this summer
There is always a doubt when a player goes from being the centre of attention at club level to one of many with his international peers, but in the case of Dimitri Payet we need not have feared. Rather than blend in amongst his France teammates, Payet just made himself the star here too.

As predictable as the love bestowed upon Payet for his opening night performance were the transfer rumours which then followed, with both Manchester City and Real Madrid linked with making bids before the weekend was out. Like day follows night follows day…

The Premier League’s broadcasting deal means that West Ham can reject bids of any size for the jewel in their crown, but one wonders what Payet makes of it all. The adoration of over 75,000 fans does tend to stick in the mind, as does playing alongside the likes of Blaise Matuidi, Paul Pogba, Moussa Sissoko and Antoine Griezmann and eclipsing them all.