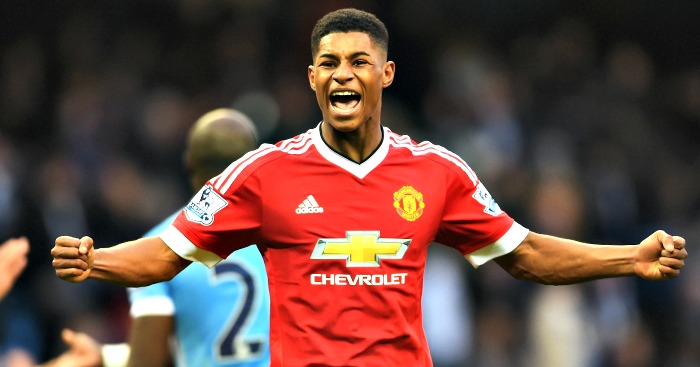 Have you got Euro fever? You should have Euro fever. Here are ten young players (22 and under, maximum one per country) you’ll enjoy watching in Euro 2016. For all you transfer fans, there are some Premier League clubs that each player would be a lovely fit for. Enjoy…

10) Ante Coric (Croatia)
There have been reports in the last month of interest from both Manchester City and Liverpool in Coric, the latest offering from Dinamo Zagreb’s extraordinary production line. Having only turned 19 in April, it would be nice to shake the midfielder violently and tell him to go somewhere he will play every week.

Having joined Red Bull Salzburg’s youth academy at the age of 11, Coric moved back to Croatia and Dinamo after turning 16. Named Croatian football’s ‘Hope of the Year’ for 2015, he has just two senior caps but was given the nod over Barcelona’s Alen Halilovic for Euro 2016. Halilovic is emphatic proof that playing regularly is more important than the high-profile club you (don’t) play for.

“Ante is a treasure for our club,” says Dinamo coach Zoran Mamić. He is a greater talent than Luka Modrić and Mateo Kovačić were at his age.”

The club’s president Zdravko Mamić goes further still: “He is better than Zvonimir Boban or Robert Prosinečki were at the same stage. I am impressed.” Big talk.

9) Federico Bernardeschi (Italy)
Antonio Conte has been criticised in some quarters for the lack of young players in Italy’s Euro 2016, but winger Bernardeschi is the exception to the rule. The only player aged 22 or under in the Azzurri’s 23-man squad is determined that he isn’t in France just to make up the numbers.

“I have had a good year and it’s a dream come true to be here,” Bernardeschi says. “But I’m not content with just showing up, we must all dream big. The team must work to reach our objectives. Of course I’d like to win and we’ll be giving everything to take home the trophy.”

Bernardeschi is something of a rarity as a genuine Italian winger, but the Fiorentina player has already spoken of a desire to expand his versatility to play in a No. 10 role. Liverpool’s experience of Italian players (Mario Balotelli, Alberto Aquilani, Fabio Borini) has been wholly dire, but Bernardeschi would fit Jurgen Klopp’s vision of pacey, young players capable of interchanging positions behind a striker. Although we thought that about Lazar Markovic.

8) Hakan Calhanoglu (Turkey)
Say the name ‘Hakan Calhanoglu’ to any casual observer of the Bundesliga, and the likelihood is that they will say “Free-kicks” to you very quickly in response. And with good reason, too. The Bayer Leverkusen (and, before that, Hamburg) midfielder has gained a reputation for imparting outrageous swerve on the dead ball from distance, and incredible power from close range while still getting the ball up and down. This, for example, is basically cheating.

Yet Calhanoglu is a lot more than just a set-piece specialist. He has previously spoken of wanting to be “Turkey’s Mesut Ozil”, and last season improved both his passing and dribbling abilities markedly. On BT Sport, Owen Hargreaves said that Calhanoglu would fit Liverpool and Tottenham, but could a club slightly below the elite tempt him with the offer of Premier League riches?

7) Arkadiusz Milik (Poland)
Robert Lewandowski has something of a monopoly on the Polish striker compliments, but that suits Poland’s other forward just fine. Milik is able to merrily score goals (nine in his last 18 internationals) and stay under the radar while Bobby L keeps on doing his thang.

It’s easy to forget that Milik is still just 22. He left Poland to join Bayer Leverkusen as long ago as 2012, a move that never threatened to work out. Now at Ajax, the striker has scored 47 times in 75 matches over the last two seasons, not bad considering only 61 of those were starts. Lewandowski was the top scorer in Euro 2016 qualifying, but only ten players scored more than Milik.

I’m happy to declare my undying love for the Ajax striker, and would love to see him scoring freely in France. A move to new moneybags club Everton would also make perfect sense. Him and Romelu Lukaku, you say? *Goes to his room and locks the door*

6) Marcus Rashford (England)
If you can’t be excited about the rise of Rashford, football really isn’t for you. Ninety-six days after making his Manchester United debut, the boy was thrust onto the major tournament stage by being named in England’s final squad.

No other player in France is quite as inexperienced as Roy Hodgson’s wildcard. Rashford didn’t even make his Under-21 United debut until September. Had Anthony Martial not been injured in the warm-up against FC Midtjylland in February, would we even know his name?

In January, had you been told that Hodgson would name an 18-year-old player with no international minutes in his preliminary squad, worry would have been the overwhelming emotion. As it is, only excitement reigns. Across the land, kids in primary school playgrounds are pretending to be a player less than ten years their elder. The only question is where this remarkably rapid rise finally peaks.

5) Breel Embolo (Switzerland)
There is no doubt that Embolo is still extremely raw, but at some point a wealthy European club is going to chance £20m on him becoming a star. The next month could be the making of Swiss football’s brightest young thing.

Embolo plays as a wide forward and is an extremely ‘modern’ footballer. Pace in abundance, an agility that makes him graceful while still extremely powerful driving forward and a snapshot that has resulted in 29 club goals in the last two seasons. He only turned 19 in February, and already possesses the ability to do the lot.

Embolo’s age means that he is not guaranteed to start in France, with Admir Mehmedi and Haris Seferovic likely striker candidates and Valon Behrami and Xherdan Shaqiri the wingers. However, there is no doubt that Vladimir Petkovic sees Embolo as his game-changer. Don’t be surprised if he forces his way into the starting line-up before the tournament is over.

4) Andre Gomes (Portugal)
Portugal come into this tournament in a very odd place. Their defence is full of ageing (and in some cases creaking) players (Ricardo Carvalho (38), Pepe (33), Jose Fonte (32), Eliseu (32), Bruno Alves (34)), while the midfield is packed with exciting, emerging talents that make you giggle a little bit when you see them combine. The attack is Cristiano Ronaldo.

Those midfield riches mean that Andre Gomes is not guaranteed to start, likely fighting Monaco’s Bernardo Silva for a place in Fernando Santos’ team. Yet his directness off the bench could be dangerous prospect, particularly in a weakish Group F.

The customary links between Gomes and Manchester United were always likely to increase in volume after Jose Mourinho took charge at Old Trafford. His agent is Jorge Mendes, which means he will get used to being whored out to every elite club in Europe. The next month might be the perfect audition for a big-money move to Old Trafford.

3) Yannick Ferreira Carrasco (Belgium)
Now the proud scorer of a Champions League final goal – and a monumentally suave celebration to boot – Ferreira Carrasco is likely to start Belgium’s first match on the bench. Such is the strength in depth in Marc Wilmots’ attacking midfield (Kevin de Bruyne, Eden Hazard, Dries Mertens), the 22-year-old is more likely to be used in the super-sub role that was so effective for Atletico Madrid against Real.

“He can change the rhythm, score, dribble,” Diego Simeone said of Carrasco before the Champions League final. “In the minutes we use him he will be the difference-maker. In a final, one minute can be everything.”

Change “a final” to “the finals” and you’ve just about mirrored Wilmots’ own thoughts. In a squad littered with exciting players aged 20-25, Carrasco might just be the (recently uncovered) gem.

2) Kingsley Coman (France)
I wrote a piece on Coman in April in which he was touted as the best teenager in the world, and little has changed since. Coman ended Bayern Munich’s season with 11 assists and six goals in the Bundesliga and Champions League combined, which is pretty good for a player not born when Euro ‘96 began. Unacceptable.

Like others on this list, Coman will not start his side’s first game. Antoine Griezmann, Anthony Martial, Dimitri Payet and Moussa Sissoko all have eyes on France’s wide forward positions, with only Griezmann a certainty to start. Yet whatever the delay before we Coman feel the noise, it’ll be worth the wait.

Perfect for: Manchester City or Chelsea, but it’s not happening

1) Leroy Sane (Germany)
Coman may be the most talented teenager in the world, but Sane could be Euro 2016’s breakout star. The Schalke winger only has three caps and didn’t make his Under-21 debut until September 2015, but his pace and directness has got plenty of tongues wagging in the boardrooms of Europe’s richest football clubs.

Given Joachim Low’s options in attacking midfield, Sane will have to wait his turn. Mesut Ozil and Thomas Muller’s names are both written in pen behind a forward (Mario Gotze or Mario Gomez), and Julian Draxler is likely to get the nod on the left.

Yet Sane is equally likely to get the chance to impress in the group stage, and could force his way into the starting XI. “He is a player with a special gift and finesse, speed paired with technique and strong running – at just 19. He can make the jump with us very quickly,” Low said last September. “Leroy has an incredibly good feeling when it comes to running into space and, with his speed, he has acquired this very well.”

The chances of Sane being a Manchester City player by the end of the summer should be considered pretty high.