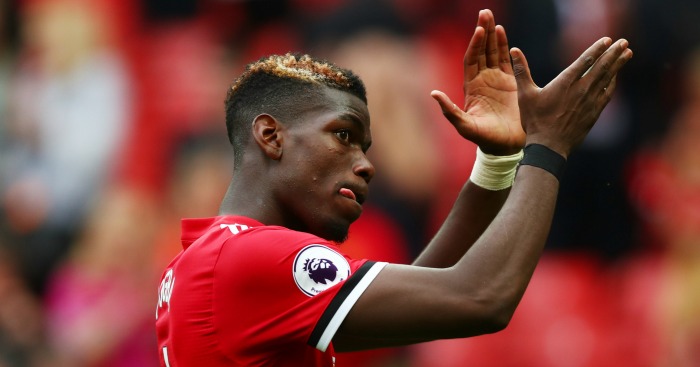 It is our now traditional kneejerk reactions list. Come back in May and see how much we got wrong. Last year actually worked out ok…

10) Brighton will have fun, but fall well short
It’s rollicking good fun getting into the Premier League, and it’s rollicking good fun looking to the start of the season. And then the reality bites, and the enjoyment of travelling to new grounds becomes slightly tempered by the slim chance of Saturday evening contentment.

This is not to say that Brighton were completely outclassed by Manchester City, although the home team did only have 21.8% possession and nine touches of the ball in the opposition penalty area compared to City’s 28. It’s more that bringing 33-year-old Glenn Murray off the bench when you need a goal and a full-back pairing of Markus Suttner and Bruno just isn’t enough for Premier League consolidation.

Early-season struggles can provoke a transfer market roll of the dice, and Brighton’s hopes might depend on it. Compare their starting team to Burnley, Watford and Swansea and it makes you wince.

9) Chelsea will spend more than they ever have before
Given the splurge on players after Roman Abramovich’s takeover and the apparently quiet nature of Chelsea’s summer post-league title, it seems extraordinary that they could break their record transfer spend in one season. Yet it is the easiest of these kneejerk conclusions to draw.

Chelsea’s current record spend came in 2003/04, when they spend £153m on players including Arjen Robben, Claude Makelele, Damien Duff, Joe Cole, Juan Veron and Adrian Mutu. This summer they have already spent around £125m on Tiemoue Bakayoko, Antonio Rudiger and Alvaro Morata. The dismal start to the season will surely persuade Abramovich that he needs to win over Antonio Conte with some rapid investment. Prepare for spending.

8) Watford will be this season’s entertainers
Watford’s average goals scored total in their four Premier League seasons to date is 36, and they have never scored more than 40. Previous Watford managers have preferred to focus on their team’s flimsy defence, but promptly failed both in that task and in creating enough chances to make survival a cinch.

Marco Silva has different plans. Only Bournemouth, Tottenham and Chelsea were involved in matches with more goals per game than Hull City after he was appointed, and the Portuguese has taken that mantle on to Vicarage Road. Watford were shambolic at the back against Liverpool, but threw men forward with gay abandon. Given that none of Richarlison, Andre Gray and Will Hughes, three new attacking signings, even started the match, we can expect that only to increase. Who cares if you’re playing Younes Kaboul and Miguel Britos in front of Heurelho Gomes?

7) More 20-goal seasons than ever before
The most goalscorers of 20 or more goals in a single 38-game Premier League season was in 2009/10, when Didier Drogba, Carlos Tevez, Darren Bent, Wayne Rooney and Frank Lampard all hit that mark, and last season, when Harry Kane, Romelu Lukaku, Alexis Sanchez, Diego Costa and Sergio Aguero all hit 20. This season will beat it.

Let me explain. Firstly, there are more teams playing with one central striker with the responsibility for scoring the goals, than ever before, either in 3-4-3 or 4-2-3-1 formations. Secondly, it is a World Cup season and strikers will be desperate to force their way into international squads with goof form. Thirdly, the top six were all strong last season and have improved further this summer. Fourthly, several of those team have expensive new strikers who should start virtually every league game when fit. Fifthly – has anyone ever done fifthly before? – nobody in the Premier League can sodding defend.

6) Frank de Boer won’t last the season
Sorry Frank, but I hastily and unreasonably write off at least one manager every year, and this time it’s your turn. You lost 3-0 at home to Huddersfield Town on the opening day. For all the understandable praise for the visitors, that’s a result that says an awful lot about how unprepared your team were for the start of the season.

It isn’t even as if De Boer was missing a group of first-team players. Yohan Cabaye was absent, but Wilfried Zaha, Christian Benteke and Andros Townsend played, and so did three summer signings in Jairo Riedewald, Timothy Fosu-Mensah and Ruben Loftus-Cheek. How does this improve?

De Boer lasted only three months in Milan in his only other job outside of his beloved Ajax, having shown a complete inability to inspire Inter’s players or organise a defence effectively. Work to do to avoid a repeat, starting at Anfield on Saturday…

5) Christian Eriksen to be targeted by a superclub in January
If you were surprised to see Eric Dier, Kyle Walker and Danny Rose targeted this summer, don’t be. The biggest shock is that more of Tottenham’s over-performing players have not been approached by European football’s great and good.

That might change soon. Christian Eriksen is currently paid the same as Mathieu Debuchy having doubled his £35,000-a-week wages in September 2016. There were tabloid rumours that the Dane was holding out for £160,000 a week, but they turned out to be hogwash.

The thing is: Eriksen is worth it. No Premier League player has more assists since the start of 2015/16, he’s still only 25 and he’s hard-working and with a reliable fitness record. Continue his form until January, and every superclub in Europe would be stupid not to start sniffing.

Come February, the Europa League might take on a very different shape. Qualification for the Champions League looks tough again, with Arsenal’s soft underbelly already on show during periods of their first Premier League game of the season. It isn’t hard to envisage Arsenal, like United last season, in fifth place and with a decision on priorities to make.

The thing is, even Arsenal’s second string should be enough to go far in the competition:

Arsenal could reach the last 16 almost by default. Once there, why wouldn’t they try and reach the Champions League via that route?

3) Liverpool will not finish in the top four
Perhaps this isn’t even kneejerk given that Liverpool were odds against for Champions League qualification before the start of the season, but those doubts have been rubber-stamped by their 3-3 draw with Watford on the opening Saturday. If Jurgen Klopp spent the summer working on his side’s set-piece deficiencies, he might need to order another training camp.

Even if Liverpool do sign Virgil van Dijk, and Southampton would much prefer to sell to Chelsea, too many defenders have passed through the Anfield revolving door in the last three years and immediately looked uncertain for it to be a question of personnel. Something is very wrong with the defensive coaching at Liverpool.

Too many clubs have improved too much for Liverpool’s Achilles heel to stay suitably protected to allow them to finish in the top four again. Unless Klopp can find a solution soon, Liverpool will be playing catch-up again. Like Arsenal, is winning the Europa League their best bet?

2) Paul Pogba is going to be magnificent
At the start of last season, nobody should have reasonably expected Pogba to hit the ground running. He had missed large swathes of pre-season training having been given special dispensation to extend his holiday by Juventus after it became clear that a transfer to Manchester United was around the corner. Pogba had played almost non-stop for two years, and yet started 19 of the first 20 matches for which he was available, the only exception being Northampton Town in the EFL Cup. With a full pre-season and a summer to relax and recuperate, we may now see the real Paul Pogba.

West Ham might already have seen enough, as he dominated alongside Nemanja Matic at Old Trafford. Pogba is at his best when he makes the complex – such as holding off two players or playing a pass through two opposition players for a teammate to run on to – look incredibly simple. Against West Ham, he was the bigger boy in the playground against a team of first years. You can still get 10/1 on him being PFA Player of the Year.

1) Manchester vs Manchester for the title
Chelsea slumped and have the Champions League, Arsenal and Liverpool still look flawed and Tottenham cannot be backed to go one better than last season given the improvement of those around them. Yet if Manchesters United and City left us with the taste of lingering disappointment last season, both mean business in 2017/18.

I’m aware that City could well make me look stupid, after starting last season like a bullet train and promptly pulling into half-arsed central, while United also won their first three league games of last season. We must beware buying into this hype again.

Yet in I go again. There is something to be said for the power of Pep Guardiola and Jose Mourinho’s squads actually fuelling the other’s form, vying for supremacy in the city and also the Premier League. This could be a truly majestic title race.

Daniel Storey – Buy Portrait of an Icon: The Book and help the work of the wonderful Sir Bobby Robson Foundation. We can tell if you’ve been bad or good…