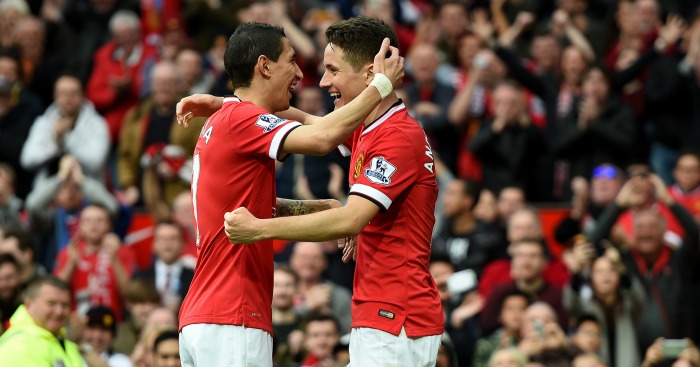 The Sheikhs arrived on the final day of the previous summer’s transfer window, bringing with them club-record signing Robinho. But they waited a year before going balls in by allowing Mark Hughes to spluff almost £120m.

Tevez was the biggest headline-grabber, coming across the city after his two-year loan at United was ended. It didn’t work out though for Hughes, who was sacked four months into the season after seven consecutive draws, while City narrowly missed out on a Champions League place.

Having mounted a thrilling and unexpected title challenge the season before, expectations were high for 2014-15, even despite the sale of Luis Suarez to Barcelona. Brendan Rodgers and Liverpool’s transfer committee made nine new signings, but still the team equalled their worst league start for 50 years.

Lallana has since proved £25million to be money well spent, while Can and Lovren eventually overcame shaky starts. Balotelli was the biggest flop though Markovic pushed the Italian close for that dubious honour.

Louis van Gaal had taken a year to analyse the squad at his disposal, and reinforced it with a defender, a Sch-midfield, a winger and a striker.

Two years later, only two of those five players remain at the club, and it is by no means certain that either of them that do remain will still be there come the start of next season. Cheers Louis.

The summer of 2014 was one of rebuilding for Barcelona. After finishing as runners-up to Atletico Madrid – also their conquerers in the Champions Legaue at the quarter-final stage – Gerardo Martino was replaced by Luis Enrique, who immediately had to contend with the exits of Carles Puyol and Victor Valdes. Cesc Fabregas and Alexis Sanchez had left by the start of the season.

The fees received for Fabregas and Sanchez part-funded a splurge that brought two keepers, a couple of centre-halves, a deep-lying midfielder and a certain striker from Liverpool. It was money well spent, with Barcelona winning the treble in Enrique’s first season.

Jose Mourinho arrived in Manchester at the same time as Pep Guardiola and the United boss was presented with a similar transfer fund. The Premier League campaign was failure, though the season was saved by a couple of cup triumphs.

Mourinho’s recruitment was a success, with Bailly, Mkhitaryan and Ibrahimovic all settling in and contributing a huge amount to United’s ultimate success. Many still question Pogba due to the size of his fee but there seems little doubt that the midfielder will prove himself worth the outlay in the not-too-distant future.

Over half of Real’s expenditure went on Bale and few would argue over the success of the Welshman in Madrid.

Real clawed back almost all of the money spent on Bale by selling Mesut Ozil to Arsenal and Gonzalo Higuain to Napoli. The investment didn’t reap immediate dividends domestically, but Carlo Ancelotti’s side won the Champions League in dramatic style, beating city rivals Atletico in the final.

Pep Guardiola was tempted to City by, among other things, a hefty transfer kitty, though the amount spent in taking the team from fourth under Manuel Pellegrini to third in his first season is likely to be dwarfed by the bundle of cash presented to him this summer.

Sane was the biggest success, with the jury still out on Stones. Both were bought with the future in mind, but more immediate success was demanded of Nolito and Bravo. They flopped, spectacularly in Bravo’s case.

With Van Gaal arriving to replace the hapless David Moyes, United’s transfer window could not possibly work out as badly as the previous summer when Marouane Fellaini was the only arrival of note.

The two highest profile deals – Di Maria and Falcao – were disastrous. The others took at least a year to settle too, with Shaw yet to demonstrate whether he ever will.

Despite splashing the cash during the summer, City’s campaign was notable for nothing other than how the side seemed to take their foot off the gas once it was announced on February 1 that Pellegrini’s days were numbered.

The biggest purchase, De Bruyne, is proving to be a bargain, while Sterling still has plenty to prove. Otamendi still looks vastly overpriced.

When Pellegrini reflects on his managerial career, he can’t say he hasn’t been backed in the transfer market. Ahead of 2009-10, in response to Barcelona’s Treble the previous season, Real presented Pellegrini with eight new recruits, but even with the quality of Kaka, Alonso and Benzema in addition to the world-record signing of Ronaldo, the Madrid side fared little better, finishing second again in La Liga despite achieving their highest ever points total.

Ronaldo did ok, though…