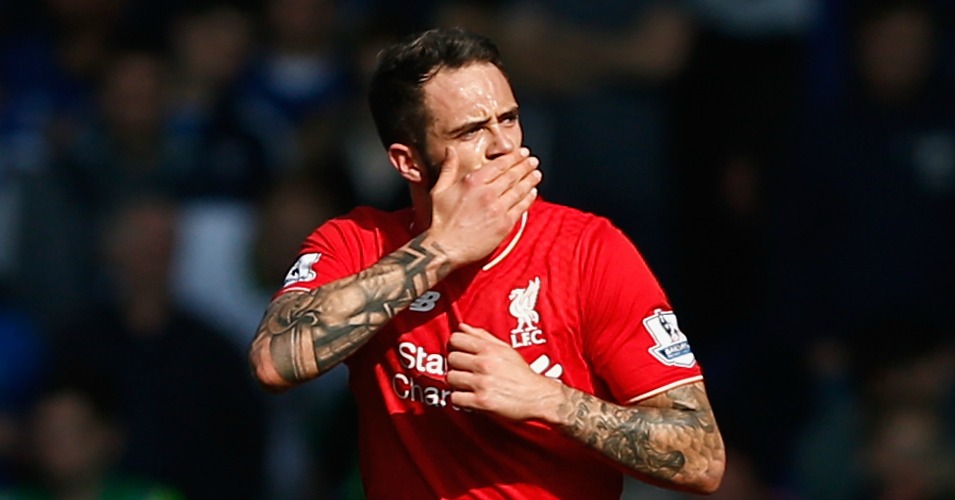 We pick ten players who are so obviously out of favour they must wonder if they smell. Bring on the January transfer window…

10) Callum McManaman (West Brom)
In August, I compiled a list of ten players who had a week to move clubs before the transfer window closed and left them high and dry. Four of the top seven actually got moves, while Nos. 4, 6 and 10 feature in this list, precisely because nothing has changed.

The first of those is McManaman who has not so much been left out in the cold by Tony Pulis as cryogenically frozen. The winger has not even made a matchday squad for a league game this season, left to play Premier League 2 matches and wonder what might have been.

“I’ve had a good chat with Callum, he’s good as gold,” Pulis said last week. “I haven’t got a problem with Callum. Someone said the other day he’s had a bad time here. He’s a good lad Callum, worked hard, trained well, but he’s not been in the team.”

Good lad, trains well, good attitude, can’t even make a squad, two years after joining for £4.75m from Wigan. And he’s still only 25. What a bloody shame.

9) Bakary Sako (Crystal Palace)
From one wide player signed from the Championship before falling completely out of favour to another. Sako trumps McManaman in that he has made the bench for two league games, but it’s hardly a stirring victory; he’s still yet to play a minute.

It all started so well. After a goalscoring debut against Aston Villa, Sako spoke of his excitement at the move:

“I had a few options so I took my time. I think I took the right option. Palace play attacking football so I was happy. When I met Alan, I felt something happen.” Maybe it was wind?

Even in January, Pardew was still backing his man, claiming that Sako “has a shot in both feet that has got a little more venom than perhaps 95% of the Premier League”.

“He is important because he can get a goal out of nothing and it is something at the top of my agenda at the moment – scoring goals,” Pardew continued. Since then, zilch.

8) Watford (Watford)
Yes yes, this is a club rather than a player. Well spotted. But when it comes to Watford, we have a special case.

That’s because this is a club with an extraordinary turnover of players, aided by some owners with fingers in various European pies and a regularly revolving door of managers. It has created a mightily impressive amount of squad fat.

Let me put it in two ways:

1) Watford signed Brice Dja Djedje, an Ivory Coast international, from Marseille on July 21. He didn’t even make their 25-man Premier League squad.
2) Watford have ten players in their squad between the ages of 25 and 30 (supposedly the peak age for a footballer) who have yet to play 200 league minutes this season.

Forget one player looking forward to January; a third of the squad is.

7) Jay Rodriguez (Southampton)
While Claude Puel has done excellent things in ensuring that Southampton’s defence remains watertight, their attack is still a work in progress. Nathan Redmond has played all possible 630 league minutes, while Shane Long (323) and Charlie Austin (297) have split the rest between them.

And then comes Jay Rodriguez, with his 68 minutes, laid low with another niggling injury. Even when he returns, he’ll be fourth in a queue of four, struggling for regular football.

There’s something very melancholy in realising that Rodriguez is now 27, the bright young thing slowly getting dimmer by the month. He was so damn exciting during that season for Burnley, but a devastating injury has stopped him in his tracks. The boy just needs a move.

6) Yaya Toure (Manchester City)
While Dimitri Seluk continues his one-man PR campaign of clusterf*ck, Toure will remain persona non grata at Manchester City. He can be photographed working hard at training looking like he’s just run through the City Megastore covered in glue all he wants, but there will be no first-team recall.

Pep Guardiola has stated that only an apology from Seluk will bring Toure back into the first-team picture, but he neither expects nor cares for one. Too many bridges have been burned to turn back now. Guardiola might re-consider his decision for a bright-eyed, bushy-tailed 23-year-old, but Toure’s talents are only heading in one direction.

The likeliest solution to this messy problem is a move to Serie A, MLS or Chinese Super League. Then we’ll all try very hard to just remember the good times. God damn they were good times.

5) Ruben Loftus-Cheek (Chelsea)
’10 young players who Chelsea fans should be excited about this season,’ read the headline on the Daily Telegraph website. It was a gallery. I know, I know, steady yourself.

‘Despite possessing one of England’s best youth systems, the lack of first team opportunities at Chelsea has been well documented,’ the piece began. ‘With Antonio Conte at the helm, though, Chelsea supporters can hope that more of them will be granted some more chances in the first team.’

So far this season, the only league minutes afforded to players under the age of 24 are 53 to a chronically underused Michy Batshuayi and less than a minute to Nathaniel Chalobah. Loftus-Cheek, meanwhile, has been on the bench three times and failed to make a single appearance.

Turning 21 in January, Loftus-Cheek has played 538 minutes of league football in his career. Almost two years younger, Tammy Abraham has nearly doubled that total in two months at Bristol City. Unfortunately, it’s time for Loftus-Cheek to take the hint.

4) Matteo Darmian (Manchester United)
More than anyone else on this list, Darmian is clearly already engineering his exit. The links with Inter Milan make lots of sense, as does getting your agent to talk about being unhappy. It’s obvious that Darmian doesn’t fit in Jose Mourinho’s plans. When you’re behind Antonio Valencia – however well he has played – it’s time to move on.

This is no short-term problem for Darmian, either. In the last January window reports linked him with a move back to Italy, with the suspicion that he was suffering from homesickness.

Yet the Italian rejected such rumours: “I am happy here with the team, the staff and the city. I am happy here so I just try to ignore the rumours. I want to continue on my way and that’s it.” Unfortunately, that ‘way’ looks like being sitting on the bench for the next two years, unless something changes soon.

3) Mathieu Debuchy (Arsenal)
From our top ten players with a week to move, from August:

‘I’m sure Steve Stammers was just trying to do his best to keep Debuchy’s spirits up, but it’s quite the kick in the balls to learn that, even in a time of defensive crisis, your manager won’t even put you on the bench. Arsene Wenger has made more than a few defensive mistakes in his 20 years at Arsenal, but few soured after a promising start quite like Debuchy.

‘Having spent the last few months of last season at Bordeaux, Debuchy is now back at Arsenal. It must be odd for a 31-year-old international and league title winner to be paid £70,000 a week, yet go into work every day knowing nothing he does will make the blind bit of difference. Can any half-decent Ligue 1 club please end this misery?’

All that’s changed is that Debuchy has become even more forgotten, and even less likely to ever play for Arsenal again. Just bloody move; you’re only 31.

“Another big boost for all of us has been the return to full training of Danny Ings. His attitude and character around the building during this time has impressed me more than I can express. If he maintains his attitude and continues to work as hard as he has done since suffering the injury, we will have a special player” – Jurgen Klopp, May 5.

“Danny, with his qualities, will score goals in the future. It’s a special day today, but there will be more” – Klopp, July 9.

“It’s not the same situation as the other two [Balotelli and Benteke] We’re counting on Ingsy. Ingsy is a fantastic boy. He was injured since October last year and he needed time. That’s how it is. Now he’s getting better and better” – Klopp, August 12.

“Danny is working hard and good… He is close. What can I say? He is a wonderful boy” – Klopp, September 20.

I’m sure Klopp believes what he is saying about Ings getting chances, but it’s impossible to see where they come from. Liverpool are currently playing a strikerless formation, with Daniel Sturridge and Divock Origi both sitting on the bench. Ings might be a “wonderful boy”, but he just doesn’t get regular minutes in this Liverpool team. He’s still not made a matchday squad for a league game.

Which leaves us with Morgan Schneiderlin, who has been given the sum total of five minutes in the Premier League. Even the almost entirely unwanted Michael Carrick can beat that.

Yet, while Carrick’s career is clearly coming to a close, Schneiderlin’s should be catching fire. The Frenchman wasn’t faultless last season, but was certainly one of Manchester United’s best players. To have been so completely castigated either says something about the player’s attitude, the attitude of his manager, or both.

Now left in Manchester no man’s land, Schneiderlin faces the difficult prospect of engineering his Old Trafford exit to a club of high enough standard to not cause his career to stall. Everton makes so much sense I want to scream.