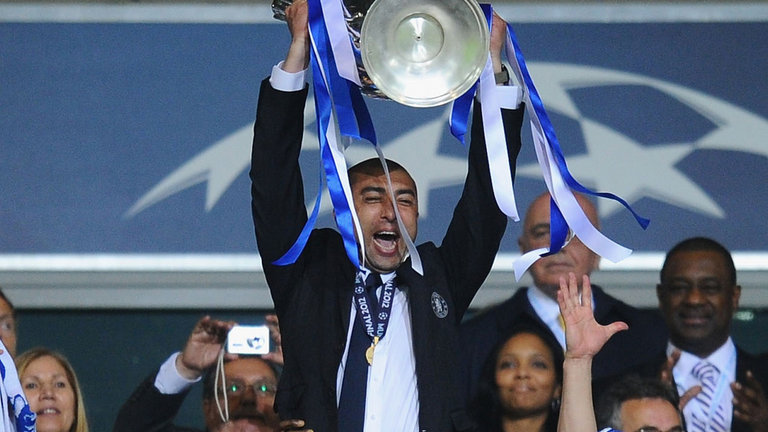 I can’t quite believe that neither Sam Allardyce nor Sunderland make an appearance in this list, but there we go. Which Premier League managers achieved immediate success after taking over mid-season? Only success in that first season counts…

10) Steve Bruce (Wigan Athletic – 2007/08)
Those of you of a certain age might not remember, but Steve Bruce is not just an award-winning crime novelist. Back in the last decade, he was a very good football manager too.

In November 2007, Wigan Athletic were in all sorts. They had appointed Chris Hutchings to replace Paul Jewell, and it was going very badly indeed. Wigan sat 19th in the Premier League with eight points from 14 matches, only two points above a Derby County team who would go on to be the worst Premier League side on record.

Enter Bruce, who was recruited from a Birmingham City side just three places above Wigan in the table after Bruce claimed Karren Brady had “shafted” him over signing a new contract. Wigan paid a then-world record compensation payment to buy out Bruce’s contract.

If that was an incredibly ballsy call, it paid off. Wigan went from 19th in November to 14th in May, Bruce taking 32 points from his 24 games in charge.

9) Craig Shakespeare (Leicester City – 2016/17)
Nobody knew what to expect from Leicester City following their ludicrous title victory in 2015/16, but we were sure that they shouldn’t be battling against relegation. When Claudio Ranieri was sacked on the day that football officially died (according to some suffering from Permanent Hyperbole Syndrome), Leicester were 17th in the table and sinking having lost five straight league games.

Not only was Shakespeare asked to step up at Leicester, he also accepted his first ever permanent managerial role after a caretaker spell in which he changed the mood at the King Power and got key players performing again.

Leicester won as many matches in Shakespeare’s first five as they had all season, eventually finished 12th and even knocked out Sevilla on their way to the Champions League quarter-finals. Shakespeare was the last remaining Premier League manager in Europe’s premier club competition.

8) Harry Redknapp (Tottenham – 2008/09)
“For me, staying in the Premier League is my first priority. The record was two points from eight games” – Redknapp, October 2008.

“If you said when I walked through the door that we would be sitting here with 21 points I would have taken it. We had two points from eight games” – Redknapp, January 2009.

“When I took over we had two points from eight games but Stoke is a massive game for us, we’re not taking a reserve team” – Redknapp, February 2009.

“You look at the quality and they shouldn’t have been where they were, but two points in eight games is an amazingly bad start” – Redknapp, quoted in Inside the Mind of Harry Redknapp, 2011.

“When I arrived, Tottenham were bottom of the league with two points from eight games” – Redknapp, Always Managing, 2015.

“Some people have mentioned Juande Ramos. He did great at Tottenham before I went there! I took over from him and the club had two points from eight games.” – Redknapp, December 2015.

“This is a much more difficult situation than I’ve been in before. I knew Pompey quite well and how Spurs only had two points from eight games the season I took over I’ll never know” – Redknapp, April 2017.

When Redknapp took over Tottenham in October 2008, they had two points from eight games. You might have heard.

7) John Gregory (Aston Villa 1997/98)
There was a great deal of surprise when John Gregory was picked as Aston Villa’s replacement for Brian Little, particularly given that the club’s Premier League status was under threat. It came just 24 hours after Little had departed in February 1998, with Villa only eight points from the bottom with each of the bottom three yet to play their game in hand.

Terry Venables, Bobby Robson, John Toshack and Ruud Gullit were all considered likely contenders for the job, but Gregory proved his worth by winning nine of the club’s remaining 11 league games, including victories over Liverpool, Chelsea and Arsenal. Villa had scored two or more goals in seven of their 27 league games before Gregory’s arrival, but did so in seven of their 11 league games under him. The only disappointment was an away goals defeat in the quarter-finals of the UEFA Cup at the hands of Atletico Madrid with Christian Vieri, José Luis Caminero, Kiko, Paulo Futre et al.

Yet there was a sweet ending. So good was Villa’s league form under Gregory in 1997/98 that they secured seventh place with final-day victory over Arsenal, meaning they qualified automatically for the following season’s UEFA Cup.

6) Roy Hodgson (West Brom – 2010/11)
Crystal Palace sacking Frank de Boer after four matches of the league season was the obvious justification for this list, and it looks like they will call on Roy ‘let’s just put down Iceland down as a bad night’ Hodgson as his replacement. Hodgson has form in this area.

In February 2011, just a month after being sacked by Liverpool, Uncle Roy was announced as West Brom’s manager, replacing Roberto di Matteo. West Brom had lost 13 of their last 18 matches and were 17th in the table, only outside the relegation zone on goal difference.

Not only did Hodgson immediately turn around the club’s form, winning five and drawing another five of his 12 league games in his mini-season, he also got his revenge over Liverpool by beating them 2-1 at The Hawthorns. From a position of Premier League uncertainty, West Brom registered their highest league finish for exactly 30 years.

5) Gordon Strachan (Southampton 2001/02)
Could easily have opted for Alan Ball in 1993/94 here, who reportedly went into the dressing room for the first time and instructed Southampton’s players to just give the ball to Matthew Le Tissier. They promptly did exactly that and pulled themselves clear of the relegation zone.

Yet instead we’ll go for Strachan, who had already been sacked by Coventry City after a terrible start to the season when he was approached by Southampton to replace Stuart Gray. With six defeats in their first eight games under a first-time manager, Southampton probably couldn’t believe their luck.

4) Tony Pulis (Crystal Palace – 2013/14)
There are great number of managerial spells missed off this list who guided their teams to safety against the odds, but there simply aren’t room for all. So with apologies to Sam Allardyce, Paolo di Canio, Dick Advocaat, Gus Poyet, Francesco Guidolin and many more, I’ve gone for the firefighter extraordinaire.

When Pulis took over from Ian Holloway in November 2013, Crystal Palace had four points from 11 league games. This was not an established Premier League club stuck in a rut, but a newly promoted team that was floundering in the top flight having finished fifth in the Championship the season previously.

Pulis did what Pulis does, but has never done so spectacularly. He won three of his first four matches in charge, signed Jason Puncheon, Scott Dann, Joe Ledley and Wayne Hennessey on permanent deals for less than £10m in total in January and took Palace to within one place of the Premier League’s top half by May. The five consecutive league games won in March and April was beaten by only three teams all season.

3) Gianluca Vialli (Chelsea 1998/99)
With huge apologies to Guus Hiddink, I have made room for only two Chelsea managers on this list. Nine victories in 11 league games and an FA Cup? Pah.

The 1997/98 season might have been all about Arsenal overhauling Manchester United to make Arsene Wenger the first foreign manager to win the league title and the seventh manager of any nationality to win the league and FA Cup double, but Gianluca Vialli deserves more than a passing mention. Having been appointed as player-manager in February 1998, he became the first Italian manager in the Premier League.

Three months later, Chelsea had won the League Cup and Cup Winners’ Cup double, and Vialli was the youngest ever manager to win a UEFA competition. After a difficult start – losing his first three league games – Chelsea won six of their last ten league games, beat Arsenal 3-1 in their League Cup semi-final second leg, knocked Real Betis and Vicenza out in Europe and then won both finals without conceding. Not bad for 90 days’ work.

2) Joe Royle (Everton – 1994/95)
After Mike Walker had overseen a Premier League escapology act in 1993/94, Everton’s board understandably allowed him to stay on as manager with the ambition of pushing the club up the table. Yet after 14 games of the following season, Everton had won one game and were bottom of the Premier League, four points away from safety in a season where four teams would be relegated to accommodate the Premier League’s restructuring.

Former player Joe Royle was Walker’s replacement, and prompted an astonishing transformation. Everton won the Merseyside derby in his first match, didn’t concede a goal in his first five and eventually finished 11th after a run of top-six form. They lost seven of his 28 league matches that season.

Better was to come in the FA Cup, where Royle’s team conceded one goal on a run that ended with 1-0 victory over Manchester United at Wembley to secure Everton’s first trophy for eight years. It is still their last major honour.

1) Roberto di Matteo (Chelsea – 2011/12)
Even Vialli is put into the surprisingly successful, short-term, Italian Chelsea manager shade by Roberto di Matteo. He sees your Cup Winners’ Cup and raises you a first European Cup in the club’s history.

There has to be argument that Di Matteo was both in the right place at the right time and incredibly fortunate to win the Champions League. His record since leaving Stamford Bridge is appalling, and Chelsea’s victories over Barcelona and Bayern Munich involved lightning striking twice within a month.

Yet see if Di Matteo cares. He took a squad low on confidence after the departure of Andre Villas Boas, effectively gave up on league form but overcame a deficit against Napoli, knocked out Benfica and then oversaw the miracles.

If that wasn’t enough, Chelsea scored 14 goals in four FA Cup games under Bobby M, including destroying Tottenham in the semi-final, before victory over Liverpool in the final at Wembley. Something to tell the grandkids, before telling them to go and watch TV when they start asking about Aston Villa.