Every team in the top six is represented at least once but there is no place for the PL's most expensive signings. 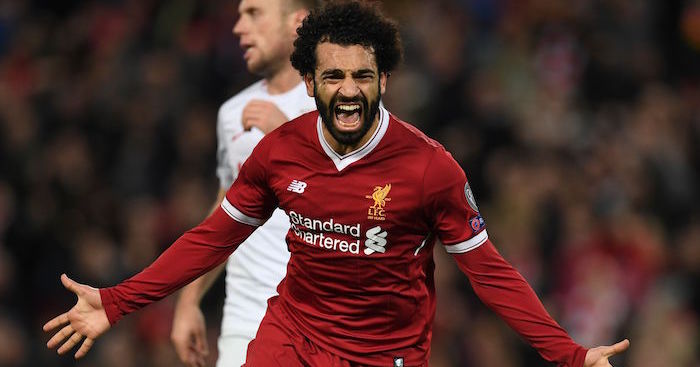 10) Cesar Azpilicueta
“I’m doing a fantastic job; the same my players,” said Chelsea manager Antonio Conte in January. Since then, Chelsea have crashed out of the Carabao Cup and somehow conspired to lose 3-0 at home to Bournemouth and 4-1 at Watford.  The Italian has since asked for a statement of support from the club’s owners, so he presumably still believes that everybody is doing a fantastic job and everything is awesome. The truth is that this is very much a not-quite season for Chelsea, with shards of brilliance becoming ever more frustrating than promising for fans.

I won't feel connected to this Chelsea squad until Christensen or Azpilicueta is captain, and 3 youth players start every week. Until then all I see is a functioning group of players.

Some players have emerged with little opprobrium, including free-scoring wing-back Marcos Alonso and ‘best surprise’ Andreas Christensen, and chief among them is Cesar Azpilicueta, who has been busy keeping his head while all around are losing theirs. In a pretty sparse season for defensive excellence, Azpilicueta has provided more than most.

9) Nemanja Matic
I did the decent thing and checked with a couple of Manchester United fans before including only one player – and him a defensive midfielder – from the team sitting second in the Premier League table. The feedback was that no defender had been consistent enough, no attacker consistently dangerous enough and Paul Pogba not consistently the best version of Paul Pogba. The one exception is Nemanja Matic, who can take a great deal of credit for United being the most miserly of Premier League teams this season.

Matic has done exactly what Chelsea must have feared when they sold him: Become the brains and heart of this United side. He was little short of atrocious against Tottenham last week but there are mitigating circumstances; he has played over 2800 minutes of football for his club this season. Reports that he is carrying an injury may have been designed purely to dilute any criticism but it would hardly be a surprise – in the absence of any real alternative, he has been flogged.

Yet again, Wilf Zaha has been outstanding for Crystal Palace. Best player in the Premier League outside of the top six.

So if Leicester believe that Riyad Mahrez is worth £95m, then what price Zaha? We’re not sure you can put a price on ‘brilliance + giving a sh*t’ for a relegation-threatened team. Shame he’s now injured for the most important part of Palace’s season.

7) Sergio Aguero
When we last did this list back in late September, Aguero was at its summit having begun the season with six goals and three assists in three games. He has since slowed down but 17 goals and five assists is no shoddy return from 21 Premier League games. And nor is 24 goals in all competitions. “We are so happy with what he has done; Sergio is on fire in this period,” said Pep Guardiola in January, which brought an astonishing nine goals in eight games as Aguero thrived out of the shadow of the injured Gabriel Jesus.

Aguero’s problem is that this now all seems so ordinary that it is difficult to be blown away. His other problem? David Silva, Kevin de Bruyne, Raheem Sterling and Leroy Sane create so many chances that cynics will always suspect that the Argentine has the easiest of jobs. We do not do him that disservice; his movement in the box is without parallel.

6) Christian Eriksen
“Christian is a player that does not need too much the feedback of the fans, the media and the people outside,” said Mauricio Pochettino last year as he listened to English pundits and commentators cream over the undeniable dynamism of Dele Alli and Harry Kane while largely being unappreciative of a Dane who has always seemed a little too insouciant to be truly loved on these islands.

But we care not whether he needs the feedback of the media; we will laud him whether he likes it or not. We shall say lovely things about him until he goes red in the face and pretends to read something on his phone. He is a truly wonderful player who combines vision with guile with effort. Long may Barcelona somehow fail to notice.

Man of the Match 👊 pic.twitter.com/mxQ2BiDz0L

5) David Silva
You may have read that Silva has played in 19 consecutive Premier League victories – a record –  but you might not realise that Silva has actually now played in 27 straight victories for both club and country. Now you might say that such runs are made easier by playing for Manchester City and Spain and you would be right, but such a run is still highly improbable and only a player blessed with Silva’s class could make such a boast.

In the last seven games he has started, City have scored 24 goals. In the last seven he hasn’t, they have managed just ten. “That’s why he plays every time!” says Guardiola. “It’s a good record – normally when he plays he makes the team good.” Nonsense Pep, he makes the team bloody great, and City may still be unbeaten if Silva had been able to bring his calm brilliance to the chaos at Anfield.

4) Mesut Ozil
There are three stats leaders that you cannot miss out of such a list – the top scorer, the top assist-maker and the player who creates the most chances. The first two are yet to come, but Ozil creates more chances per game than any other Premier League player. It has pretty much ever been thus, but his assist totals have oft lagged behind because he has been charged with laying on chances for a glut of average Arsenal strikers to waste. In Pierre-Emerick Aubameyang, Ozil may find his one true love.

There will always be doubters, there will always be those who ludicrously and erroneously scoff at his work rate, but Ozil has been excellent once again this season in the face of massive uncertainty about his future. He has been out of Arsenal’s league for almost five years now and yet still he remains. Yes because of the money, but also because he cares. That should be applauded.

3) Harry Kane
Ah, here he is. Tottenham are not ‘the Harry Kane team’ but they are certainly the team of Harry Kane; he leads, he drags, he bulldozes, he finishes. It is not easy to be the heart of a team while simultaneously being the most advanced player but Kane has pulled off the Alan Shearer trick. He has scored 43% of Tottenham’s Premier League goals, largely because he a) shoots all the bloody time and b) is rather good. Without him, Tottenham are simply not Tottenham.

Having started the season in his customary slow fashion, Kane has steamed past Romelu Lukaku, Alvaro Morata and Sergio Aguero to establish his superiority among Premier League strikers. Indeed, no striker in Europe’s five big leagues has matched Kane this season, with Edinson Cavani being left behind by his penalty strike against Liverpool on Sunday. He is a machine and this may not be just a purple patch.

Only twice in Salah’s last 17 Premier League games has he failed to produce either a goal or an assist. And he has a lovely face. Combine these two things and we are all a little bit in love.

1) Kevin De Bruyne
“You feel great for 10 games, then you feel OK for 10 games and then the rest you feel like shit.”

But even when feeling like shit, the Belgian is simply wonderful. Those of us who appreciate a beautifully weighted pass onto the toe of a teammate at least as much as a half-volley into the top corner can have no more fun than watching De Bruyne, though it is his work off the ball that most impresses his manager. A genius footballer who works as hard as any of his less illustrious teammates and has no discernible ego? There’s only two David Silvas…