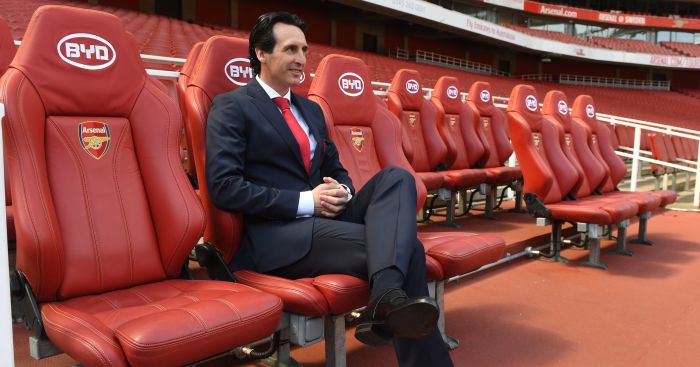 10) Newcastle need a club-record signing
It’s been 13 years. It is time. That the £16m signing of England’s Michael Owen still stands in the record books as Newcastle’s most expensive acquisition should embarrass the hell out of Mike Ashley, but you sense that he probably guffaws, points at the Premier League table and believes that things are going pretty bloody swimmingly without the need to join the £20m signing gang. But Newcastle and Rafa Benitez need to see something even vaguely resembling ambition.

“If you want to bring a striker with a guarantee of more than 10 to 15 goals, you have to pay money for him for sure,” said Benitez last month. “More than £16m? In this market, yes.”

Surely he will not be fobbed off again.

9) Manchester City need a Fernandinho clone
There are only two problems with Fernandinho – a) there is only one of him and b) he is 33. Pep Guardiola loves him, his teammates love him, the fans love him and we love him, but Manchester City must plan for life beyond the Brazilian. Hence the very public but so far failed attempt to lure Jorginho from Napoli. He is the ball-winning pass machine made in the image of Fernandinho. Nobody in Serie A completed more passes than the Brazilian-born Italian last season.

“Yaya is leaving so we have to replace him,” said Guardiola last month, but in truth they need not replace the man who played just 228 minutes of Premier League football last season. What they do need is a man who can give Fernandinho a rest while simultaneously learning everything he knows about playing central midfield for a team that aspires to having 70% of the ball. And that is rather a lot.

Shane Long started more games up front for Southampton than any other player and scored twice.

Guido Carillo arrived for £19m in January and did not score at all.

Over to you, Sparky. You could probably get Saido Berahino on the (very) cheap.

7) Everton need a defender under the age of 30
Michael Keane and Ashley Williams looked a phenomenal partnership on paper, but apparently Williams was so deep into his descent from greatness that all he could do was drag Keane down into the hole with him. Which might have been okay had Everton had back-up that wasn’t either 35 (Phil Jagielka) or 21 (Mason Holgate). Sam Allardyce attempted to fix the problem with the loan signing of Eliaquim Mangala, but there is no problem that the loan signing of Eliaquim Mangala can fix.

What Marco Silva needs this summer is a long-term partner for Keane, which must make the signing of his former Burnley partner Ben Mee at least a little tempting. There has been talk of Jamaal Lascelles, but we think Jamaal Lascelles could probably do a little better. Silva says he has a list of “big names”; at least one of them needs to be a centre-half at or near his peak. As tempting as it is to buy a whole new raft of exciting No. 10s, Everton have a No. 5 and a No. 6 who will have a combined age of 70 by the end of August.

6) Tottenham do not need a new Harry Kane; they need a multi-functional attacker
Buying a back-up striker is pretty much an impossible task – unless you are Chelsea and Olivier Giroud suddenly becomes inexplicably available at a knock-down fee. Tottenham have twice failed at the task, spending the best part of £30m on two players who have delivered three Premier League goals and a whole heap of hilarious memes. Only a fool would try the same trick a third time. What Tottenham desperately need is a player who can be back-up to Harry Kane, but can also offer so much more.

We’re talking Wilfried Zaha. We’re talking Anthony Martial. We’re talking various European players we yet know too little about to confidently spout their names. As we wrote here: ‘Tottenham’s list of leading Premier League goalscorers from last season tells a very clear story: Kane 30, Son 12, Eriksen 10, Alli 9, Davies/Lamela/Aurier 2. Their attacking prowess drops off a bloody big cliff after a first-choice quartet that played a ridiculous amount of football in 2017/18; no wonder they largely looked knackered by the end.’

Martial really would matter at Spurs.

5) West Ham need a whole new defence
No Premier League team conceded more goals than West Ham last season; they should look at Stoke, exhale and know that only last summer’s transfer of Marko Arnautovic saved them from relegation. It really could have been – and possibly should have been – them now preparing for a season in the Championship. Eight different West Ham footballers played at centre-half in the Premier League last season and only Angelo Ogbonna can walk away whistling and happy with his work. Thankfully, Patrice Evra, Jose Fonte and James Collins have already gone.

New boss Manuel Pellegrini is the man who bought the 20-year-old Diego Godin for Villarreal so West Ham fans should know that the Chilean can spot a defender in a crowd. The bad news is that he also bought Eliaquim Mangala for Manchester City, saying: “He has all of the mental, physical, technical and tactical attributes to become one of Europe’s very best defenders.” This could go either way.

4) Arsenal need a leader
We usually leave this concept to the ex-pros, to the likes of Sol Campbell (“They need someone who’s very vocal, who can start ordering people around the backline”) and Rio Ferdinand (“They’re lacking somebody to action govern that pitch”), but Arsenal really do make even the most modern of football commentators or technical of tactical writers scream that they simply need somebody to take control, to galvanise, to organise. They need somebody not just with tactical knowledge, but the ego to walk into a new club and assume control on the pitch.

“He’s a little obsessed with defending. He wants to protect the goal-line no matter what and he’s hungry to face duels,” said Thomas Tuchel on Borussia Dortmund centre-half Sokratis. Imagine Arsenal having a defender who is actually obsessed with defending? Make it happen, Sven. And then buy a midfielder who can do the same; Arturo Vidal is available this summer.

3) Chelsea need a striker
Let’s face it, it’s simply not worked out. If you pay £58m for a striker, then you really do expect more than 11 Premier League goals. And you really do not expect a one-on-one to become a one-in-five chance. As Peter Goldstein wrote here: ‘The consensus among the boffins was that Chelsea rode a high 14.7% conversion rate to the title last year, and they were right. Although the Blues actually took more shots this season, they converted only 10.2%.’ It’s not all Morata’s fault, but a large portion of the blame must lie at his feet. Were it delivered to his head, he might just bury it.

The link with Robert Lewandowski is delicious, though he would surely crave something more than Europa League football. Clearly, nothing will happen until we know the identity of Chelsea’s new manager, but the second job in his in tray (after ‘find a short-term let in west London’) will be to buy a new striker. Maybe they could look at the exciting young forward who scored seven goals in ten Bundesliga games for Borussia Dortmund…

2) Manchester United need a right-sided forward
If reports are to be believed, Jose Mourinho basically wants a whole new defence, but when you concede only one more goal than the champions but fall a massive 38 goals short in the GF column, focus inevitably must turn to United’s malfunctioning attack. Daniel Storey expects the signing of Fred to be the catalyst to more fluid football, but United have a big hole where a right-sided forward should play. Last season he tried Henrikh Mkhitaryan, Juan Mata, Anthony Martial, Marcus Rashford, Jesse Lingard and even Ashley Young in that position; he also tried Antonio Valencia as a right wing-back and eventually abandoned the idea altogether and started the FA Cup final with no width whatsoever. A long-term solution is required.

As Storey wrote in that Fred piece: ‘Of the 52 players to create 35 or more chances in the Premier League last season, Manchester City, Chelsea, Tottenham and Arsenal each boasted five and Liverpool four. Man United had just two.’ One of those was Paul Pogba and the other was Mata, whose appearance on the opening day of next season will be a sign that Mourinho has failed this summer. Having bought the security blanket, he must now purchase some ammunition.

1) Liverpool need a goalkeeper
“The mistakes were obvious,” said Jurgen Klopp and indeed they were; Loris Karius made errors that directly contributed to Liverpool losing the Champions League final. But Klopp had made his own obvious mistake in keeping faith with Karius and Simon Mignolet last summer when pretty much every fan, journalist and pundit (and there’s a pretty big intersection on that particular Venn diagram when it comes to Liverpool) was screaming that they needed a new No. 1 worthy of their stellar collection of outfield players. Culpability must be shared.

Klopp will surely not make that mistake again. Karius may well be a “fantastic boy” but he is not yet a fantastic goalkeeper. Even after a much-improved season, Karius is nowhere near Germany’s World Cup squad for a very good reason: He is nowhere near good enough for elite football. Whether it be Alisson, Jan Oblak or Gianluigi Buffon (praise be), Liverpool desperately need a goalkeeper fit for purpose, assuming that their purpose is now to win titles.