Home Arsenal F365’s top ten things we all got wrong 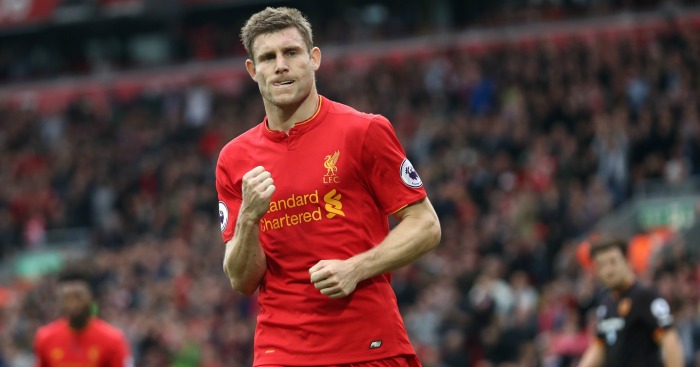 10) Walter Mazzarri would be a disaster
The Italian’s ability to improve a team was not in question, but there were significant doubts about Mazzarri’s aptitude to succeed in the Premier League. Not through some mildly xenophobic, ‘he won’t understand the intensity’ trope doled out from the same old corners, but just unfamiliarity. Mazzarri was 55, had never managed outside Italy and hadn’t held a job of any kind since being sacked by Inter in November 2014.

The fit with Watford was not obvious. At Napoli, Mazzarri succeeded with a team that had an intense identity and contained several world-class individuals, and in a city whose mood depended on the performance of its club. It would be hyperbolic to call Watford’s squad a band of travelling actors, but you get the point. A squad of 31 players is spread across 22 nationalities, and Troy Deeney is the only one of those to join the club more than 30 months ago.

It really shouldn’t work, but Mazzarri is finding method amidst the Watford madness. Having taken one point from their opening three games (against Southampton, Chelsea and Arsenal), Watford have lost once in the league since August. They’ve beaten West Ham, Middlesbrough and Manchester United, and only Manchester City, Liverpool, Arsenal and Tottenham have taken more points away from home.

9) Wilfried Bony just needed a move
Yeah, this one really hasn’t gone well. Manchester City’s decision to trade in Edin Dzeko for Bony always looked questionable, but the Ivorian dodged much of the criticism through a lack of first-team minutes. Bony scored six times in 36 league games for City, but only 15 of those were starts.

The decision to join Stoke seemed to fit all parties. No Stoke player had managed 15 goals in all competitions since Ricardo Fuller and Liam Lawrence in the promotion campaign of 2007/08, and Bony had scored 26 times in 54 league games at Swansea, only 80% of which were starts.

Not so much. Bony started by looking rusty, then just looked awful and ended up being criticised for his attitude and lack of effort in training as Stoke bombed in the autumn. Not only is he still waiting for his first Stoke goal, Bony’s only had two shots on target in the league.

8) Nemanja Matic was finished at Chelsea
Had you been asked in July to name Chelsea’s five most-used outfield players in the first two months of the season, Matic’s name might not have sprung to mind. The Serbian was left on the bench three times by Jose Mourinho and six more times by Guus Hiddink last season as his form capitulated from the previous year. With N’Golo Kante arriving at Stamford Bridge, Matic might have been a little nervous. Reports linked Juventus and Inter Milan with a move.

Instead, Matic has been superb for Antonio Conte, particularly in the three games since the switch to a 3-4-2-1 formation. He’s actually making fewer tackles per game, evidence for Kante sharing a workload that just got too much for one individual last season. A Chelsea career that looked in danger for the second time has been saved by the new manager’s arrival.

7) Zlatan Ibrahimovic will find it easy
Okay, so this is stretching it slightly, but Ibrahimovic was still the pre-season second favourite with some bookmakers to be the Premier league’s golden boot winner. The Swede does have four league goals, but is now on his worst drought since 2006.

Worst of all has been Ibrahimovic’s finishing. The doubts about his ability to settle in a new league have evaporated, but the one thing everyone agreed was that, given the chances, Ibrahimovic would score goals. No Premier League player has missed more ‘big’ chances (somebody clever needs to explain that to me), and of the 25 players with three or more Premier League goals, only three have a worse shot accuracy: Michael Antonio, Salomon Rondon and Leroy Fer.

Round one to Matt Stead, then? There are plenty in the crowd who doubt his stamina.

6) Manchester City would be phenomenal
Now you won’t catch anyone at Football365 ‘doing a Collymore’ and expressing shock that Pep Guardiola hasn’t changed English football forever in his first four months in charge. You won’t catch anyone using the word ‘Fraudiola’ either, not unless they want to be hit by a shoe. (Edit: There’s only three of us and I wouldn’t dare hit Sarah Winterburn with a shoe).

Yet we are allowed, as very interested neutrals constantly demanding to be entertained, to be slightly disappointed that Manchester City haven’t yet clicked into gear. Guardiola’s side are top of the Premier League, but have dropped points at home against Southampton and Everton following the defeat at Tottenham.

Manchester City are still our (and the bookmakers’) favourites to win the league, but the idea that Guardiola would steamroller over all opponents in England has been rightly made to look foolish. Still not as foolish as those who call him a charlatan, mind.

5) Southampton finally losing it
Definitely not related to The Times being sued by Southampton chairman Rupert Lowe in 2005 over one of his columns, the Daily Mail’s Martin Samuel wrote a scathing piece in September 2014 on Southampton under Ronald Koeman.

‘The problem is Koeman has made it look a breeze,’ Samuel wrote. ‘Successfully riding the sale of so many players at once is an unusual achievement; that was why the predictions for Southampton this season were gloomy. If the board thinks it can get away with it year on year, there is an inevitable conclusion. One player too many.’

Fresh from not learning his lesson, Samuel then laid into Southampton again for the appointment of Claude Puel this summer: ‘How can Claude Puel be a better bet for Southampton than Michael O’Neill after failing to win Ligue 1 with Lyon?’ was what I’m contractually obliged to call a hot take.

Samuel was obviously (or at least hopefully) writing with wilful bias, but nobody truly expected Southampton to act out their same play for the third year running to quite the same effect. There they are again, two points off the top six and with the Premier League’s second-best defence.

Oh, and Sarah Winterburn has written something great on them that you should read. I don’t want to be hit with a shoe either.

4) Tottenham’s chance had gone
It’s not that everyone thought that Tottenham under Mauricio Pochettino would suddenly lose their ability to carry out his High-Intensity Press™, but that the investment by other clubs across the Premier League would make this season harder than last for Tottenham. That was demonstrated in our always shambolic season predictions, in which only one of the five idiots asked (Nick Miller, who is now not classed as an idiot) predicted Spurs to finish in the top four.

Clearly Tottenham have not yet achieved anything in 2016/17, and may well require added investment to do so in January, but nobody saw them being the only unbeaten team in the country as we enter late-October. The display against Manchester City was the best single team performance in the Premier League this season.

3) Arsenal need a striker
‘Olivier Giroud is an excellent squad player but only that, while a wide forward is needed to cover for the absence of Danny Welbeck’ – Daniel Storey, May 31.

‘If Arsenal are going to harbour title hopes and atone for the missed opportunity of last season, Wenger needs a better centre forward. The question is whether he goes for make-do option (Jamie Vardy-type) or splashes out (Romelu Lukaku, Gonzalo Higuain). We fear the first option’ – Daniel Storey, June 28.

In the end, Arsene Wenger did go for the first option, signing Lucas Perez for £17m. The same Lucas Perez who has played 87 minutes in the league and said last week that he had been under the the impression that he might actually play. Alexis Sanchez says sorry.

It’s a line we’ve used plenty of times this season, but here goes once more: We’ve spent the last two years saying that Arsenal needed two strikers; it now turns out they didn’t even need one.

2) Manchester United will be solid
Mediawatch might tease The Sun’s Neil Custis, but he was at least right in the first half of his assessment of Jose Mourinho last Wednesday: ‘Mourinho always likes to go into clubs and make sure the team stops conceding goals first and then build.’ It was the bit about Mourinho already achieving success in that area that looked highly dubious.

Mourinho’s pattern of management is clear:

– In his first full season at Porto in 2003/04, his team conceded 19 league goals. That was an improvement of seven from the previous season. They actually scored fewer league goals.

– In his first season at Chelsea in 2004/05, his team conceded 15 league goals. That was an improvement of 15 from the previous season. They only scored five extra goals.

– In his first season at Real Madrid in 2010/11, his team conceded 33 league goals. That was an improvement of two from the previous season. They scored the same number of goals.

– In his first season back at Chelsea in 2013/14, his team conceded 27 league goals. That was an improvement of 12 from the previous season. They actually scored fewer league goals.

And so to Manchester United, where Mourinho has undone the good defensive work of Louis van Gaal by achieving 34% of last year’s goals conceded column in the first 24% of the league season. You can see why Van Gaal preferred slow, ponderous football that didn’t leave that defence exposed.

1) Liverpool need a left-back
We got angry, so, so angry. Liverpool had bolstered their options in goal, central defence, central midfield, on the wing and in the final third, yet Jurgen Klopp had not managed to upgrade Liverpool’s biggest problem position of left-back. The 4-3 win over Arsenal was glorious, but Alberto Moreno was as bad as we’d ever seen him. And we had seen him bad.

Even the best get things wrong, and Matt Stead does too. We’re not entirely convinced that Klopp saw that left-back hole and immediately thought of Milner, but the stopgap has become the permanent answer. Anything that reminds us how much we want to pinch Milner’s cheek and tousle his hair is A Good Thing.