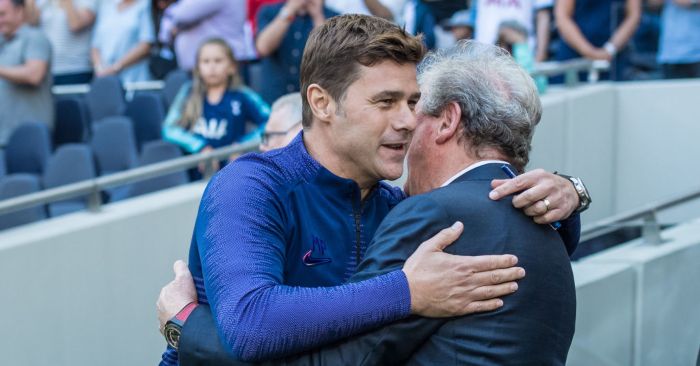 10) Watford being dreadful
By we, I mean me. And by all of us, I really just mean me again.

In hindsight, the decline at the end of last season was too quickly ignored. The diagnosis may have made sense – the FA Cup distraction, the wavering focus – but it evidently also missed some crucial tells and long-term problems.

Chief amongst those was Javi Gracia’s football being built on a reckless premise, under which too many players were committed to the attacking phases and not enough protection was afforded to the defence. Looking back, no recent game better demonstrates that problem than the defeat to West Ham at Vicarage Road; it’s rare to see a team look that lopsided and so continually vulnerable to the counter.

That should have been spotted earlier. In fact, it probably was by the supporters but, as has been proven before, when other parts of a side are performing well and the general picture appears so healthy, it’s easy to overlook a troubling subtext, intentionally or otherwise.

Whether the midfield was secretly part of that problem is too difficult a question to answer. Logically it must have been, that’s how football works, but the Doucoure-Capoue axis has been the source of so much good. Now, it just looks like another part of a broken side and it’s difficult to know how – or why – that’s happened.

9) Chelsea being in more than a transitional phase
Last year’s list sounds a note of caution with regards Chelsea. Twelve months ago, everyone was busy praising Maurizio Sarri for his quick impact and chastening themselves for not knowing that his new club would be a title contender.

And it was shortly after that that the wheels fell off, that Jorginho started to become a hate figure, and that Sarriball became a derisory term.

So let’s proceed with caution: Chelsea aren’t going to win the league and their form probably flatters them a touch, but think back to what was expected. This was supposed to be a side headed for transition. It was meant to be a year of suffering, in which a naïve head coach would fail to fill the void left by Eden Hazard and the side would drift towards mid-table.

In reality, they’re the most interesting team in the country. Not a finished article by any means, but full of growing, improving players doing interesting things and – probably most importantly – under the watch of a head coach who seems absolutely pitch-perfect for the situation he’s inherited.

8) Tammy Abraham wouldn’t cut it
When Abraham hit the post at Old Trafford in the first half of Chelsea’s first game of the season, it looked like a sliding doors moment.

If that had gone in, went the logic, maybe he would have had the confidence to compete properly for (what was expected to be) Oliver Giroud’s starting position.

It was sound reasoning, too, because while Abraham had scored plenty of goals in the Football League, it wasn’t with the kind of authority needed to prove that he belonged in the Premier League’s top six. At Bristol City, Aston Villa and to a lesser extent at Swansea, he’d looked like a good player in the making, not an outstanding or exceptional one. Most likely, Chelsea would have loaned him out had they not been under a transfer embargo, placing him where his value could appreciate and without the slightest intention of involving him in their first team.

But they didn’t and, ultimately, the post struck against United was of no significance at all. Perhaps what has been most surprising – or admirable – is how well Abraham coped with the conversation which surrounded him, in which every miss was further proof of his inability to repay Frank Lampard’s trust.

The real sliding doors moments, as it turned out, was that crisp half-volley at Carrow Road.

7) Norwich to stay up
Maybe it’s a generalisation, but this seems to happen every year: a club gets promoted under the power of an interesting manager and a clever recruiting system, and it’s just assumed that everything that worked for them in the Championship will be adapted perfectly to the Premier League.

Another familiar trope is the early-season defeat of a traditional power, followed by an alarming slump in form which recontextualises that team’s chances of survival and sets the tone for the season ahead.

Since Norwich City beat Manchester City, they’ve lost four of five games, conceding twelve and scoring just one. Aston Villa put five past them at Carrow Road and, had they not missed two penalties, Manchester United would have done the same at the weekend.

There probably are three teams worse than them in the league, but Norwich are no Wolves and if they do survive it will likely be by the skin of their teeth. At the moment, they’re not even a Sheffield United.

6) Sheffield United to go down
This has been covered. Maybe they don’t really belong on this list, because many of the predictions which had them finishing dead last were based on something other than a proper evaluation of what they were. They haven’t exactly turned the sky black with long balls, have they?

They haven’t troubled the scorers too often, either, managing just nine goals, but they’re currently in eighth place by virtue of having the joint-best defensive record in the competition.

Being surprised at that is also a failure to research properly, because they only conceded 41 times in last season’s (46-game) Championship. Nevertheless, as an inversion of the situation with Norwich above, nobody saw that record as being in the slightest bit relevant.

Perhaps the corrective thinking about them has gone too far? While it’s absolutely right to celebrate their style, their intricacies and their overlapping centre-halves, that shouldn’t come at the cost of recognising how good their foundations are. Yes, they play with a flourish, but they consistently earn the right to do so by being fundamentally sound in defence and midfield. It is possible, after all, for a team to play attractive football while also working its collective balls off.

‘But it’s not as if Luiz is signing to become a certain starter. Rob Holding is fit again; that’s excellent news. Sokratis is static but still capable, and – importantly – Unai Emery should have Hector Bellerin back some time before October. Add in Bernd Leno behind the combinations available, and is there really any need for the fatalism?’

Yes, as it turns out. Maybe not specifically because of the transfer window, but in that the activity during that period didn’t go far enough. Dani Ceballos has been a pleasant surprise, he’s looked committed and often excellent, but Luiz has been a disaster, the midfield is still a huge problem and the failure to move Mesut Ozil on has resulted in predictable consequences.

What looked like a clever refresh of Emery’s squad now appears indicative of a club without a proper destination in mind.

4) Everything to do with Tottenham
Where to even begin, because this hasn’t been a drop-off, a petering out, or even just an ordinary decline. Spurs are in a full-blown recession, trapped within a perfect storm of circumstances.

Mauricio Pochettino’s protracted pre-season sulk was an indicator, as was the failure to sell (and subsequent reliance upon) Christian Eriksen, Danny Rose, Toby Alderweireld and Serge Aurier. Supplemented by the broader concern about the lack of transfer activity over the last three years, this situation could hardly be described as having come out of the blue.

But the speed of the decline and the haplessness at its root has been stunning. The midfield was a known weakness and despite the signing of Tanguy Ndombele it was always going to require proper reinvention. Factor in the injuries to Giovani Lo Celso and Ryan Sessegnon and, clearly, there are good reasons why this transition between eras hasn’t been smooth.

So far, so predictable. But nobody could have known that both centre-halves would disintegrate simultaneously, or that the apathy would reach critical mass quite like this. Tottenham aren’t a team with weaknesses; they’re a weak team who now seem incapable of even competing.

3) VAR
Sorry about that.

In mitigation – and some of the other people who spent time at Stockley Park over the summer seem to agree – there’s a big difference between what was promised by the PGMOL and what is actually being delivered.

In conjunction with the Premier League, they portrayed an optimal VAR scenario, in which it would be used logically, selectively and in ways which made sense not only to the people at home, but also the fans in attendance.

In reality, it’s the opposite. The ‘high bar’ philosophy has been a contradictory, antagonistic nonsense, and the PGMOL has very obviously altered its stance mid-season. From nothing being a penalty two weeks ago, now everything is and, as a result and because this change has been enacted in secret, there is no longer any sort of clarity whatsoever.

Worst of all, as Arsenal and Everton supporters will know after this weekend, officials are still making mistakes and they’re still not being properly corrected.

Everybody had a position on this and a majority anticipated hating the effect it would have on the game. Not many expected it to be this confusing, though, or to find themselves longing for more logical bureaucracy.

2) Crystal Palace would struggle
The strangest result of the season so far? Tottenham 4-0 Palace.

Remarkable given what we know now and a completely false depiction of what Roy Hodgson’s side are. In fact, had they not conceded those four goals, they’d currently own the joint-best defensive record in the Premier League.

And they’d deserve to hold it, too, because despite losing Aaron Wan-Bissaka, nearly losing Wilfried Zaha, and continuing their record for underwhelming recruitment, they’ve been largely excellent. Admittedly not in a way which has quickened pulses, but then that’s never been Hodgson’s way and even with the probable regression factored in, this is still looking like an almighty over-performance.

1) Liverpool would drop off
Broadly filed under ‘what happened last time at Dortmund’, there were concerns that winning the European Cup would check Jurgen Klopp’s momentum at Liverpool.

The theory isn’t dissimilar to the one currently being proven at Tottenham – that exacting tactical demands hasten a side towards a drop-off which, in certain instances, can be very dramatic indeed.

Having reached the top of the mountain, it would been entirely understandable had Liverpool begun this season a few gears down. That they didn’t add to their squad over the summer just made that seem more likely. Without new blood or new competition in certain positions, the risk of stagnation was very real.

It’s to Klopp’s great credit, then, that such a scenario has been avoided. Winning the Premier League may very well be a strong motivator, but his players still had to be focused towards an objective which – romantically and historically – is worth less than what they’ve already achieved.

Klopp doesn’t just begin and end with his off-beat Germanic charm, nor does he depend solely on his matey matey personality, but this has so far been a triumph of psychological management.