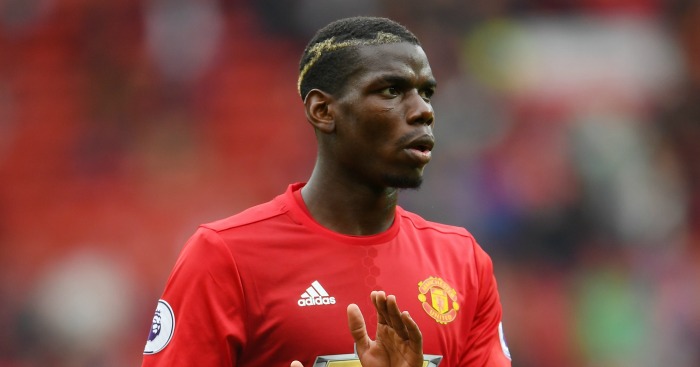 Premier League player – Heung-Min Son (Tottenham)
Emphatic evidence for having a little patience in signings imported into this country. Son struggled to make an impact during his first Premier League season, and came close to leaving Tottenham. Now fully settled in England and integrated at White Hart Lane, the result is an attacking midfielder at the very top of his game. Both goals against Middlesbrough (making him our early winner) were followed by the winner in Moscow on Tuesday.

Most obviously of all, Son is loving life. “He’s a great guy. He’s always smiling, everyone loves him,” says Jan Vertonghen. “He’s a great character around the training ground, he’s good with everyone, very social. Everyone just loves him.” May the Son always shine so brightly.

Bet you assumed that this was the Joao Teixeira that used to play Liverpool, didn’t you? No? Oh, us neither.

This Teixeira is on loan from Benfica (the other one is still at Porto), is 22 years old and is just one of a few Jorge Mendes-sanctioned deals this summer. On Saturday he scored his first two goals in English football, and generally displayed the dancing feet that will make life hard for Championship defenders. Enjoy him while you can.

European player – Javier Hernandez (Bayer Leverkusen)
Only 37 touches of the ball, but they included four shots, four chances created, three goals and a shot off the post. Bayer Leverkusen have scored eight league goals this season, and Chicharito has scored four of them and assisted another. Still miss him.

Best goal – Juan Mata (Manchester United)
There is obviously plenty to enjoy about a long-range thunderbastard, but the majority of my heart will always be saved for team goals. Theo Walcott’s goal against Chelsea came damn close, but Mata wins this one.

Every outfield player touching the ball in the build-up; check. Playmaker directing things from deep before surging forward; check. Patient passing that immediately quickens to cause defensive disarray; check. A one-touch flick to assist the goal; check. A lovely Spaniard filled with joy at applying the final finish; check. Find me something not to love.

Paul Pogba’s best United performance to date was epitomised not by his goal, but by his delicious chipped ball through to Zlatan Ibrahimovic. It was played with perfect disguise and faultless execution, but also hinted at a growing understanding between two high-profile new signings. When Pogba is confident and in form, the tricks come out.

Best performance – Southampton vs West Ham
Don’t doubt just how big a role West Ham played in their own downfall on Sunday, but bugger me Southampton looked good. Jose Fonte and Virgil van Dijk are as solid as several brick walls, but it’s the midfield three of Pierre-Emile Hojbjerg, Steven Davis and Oriol Romeu that is really interesting. Their presence allows the full-backs to attack with gusto – Ryan Bertrand was the game’s best player – and the front three to operate any which way they like.

Against West Ham, Dusan Tadic’s average touch position was a) the most central of him, Charlie Austin and Nathan Redmond, and b) the furthest forward. We’ve written it before, but when your front three is that fluid it is damn difficult to stop. Players just end up popping up unmarked in dangerous positions, calling for the ball and then causing problems. It’s pretty gorgeous to watch.

Best tactical move – Alan Pardew’s substitutions
Brought on Zeki Fryers, who assisted the second goal with a delightful cross. Brought on Connor Wickham, who won the free-kick for the winner. Brought on Lee Chung-Yong, who assisted that winner. Things don’t always fall into place so perfectly, but you can’t doubt the proof in the pudding.

Worst player – Gary Cahill (Chelsea)
It was Geoffrey Green of The Times who famously wrote of Billy Wright trying to tackle Ferenc Puskas that he resembled “a fire engine going to the wrong fire”. In Cahill’s case, he’s one of those Youtube videos you see where someone manages to set fire to themselves while blowing out the candles on their birthday cake.

Cahill’s social media moan about Leroy Fer’s challenge for Swansea contained more than a strand of truth, but amid all the righteous anger it might have been worth questioning his growing tendency to dwell on the ball. Against Arsenal, Cahill had nobody to blame but himself.

Dick move of the week – Oh come on, what do you think?

“You’re an embarrassment to the club.” Oh yes.

From cylinders of joy to massive brown tubes of fear when he realised what he’d done.

Quote of the week – Jamie Vardy

“I had a three-litre vodka bottle at home I would put loads of Skittles sweets in. After that, you can drink the vodka neat and it tastes just like Skittles. When I was bored at home in the evening I’d pour myself a glass, sit back and enjoy. The vodka was decent but it wasn’t doing much for my dead leg, which didn’t stop bleeding for ages.

“Dave Rennie, the physio, said he couldn’t believe it wasn’t improving. He’d seen a torn calf muscle heal quicker. He pulled me aside one day when nobody else was about.

‘“What are you doing?” Dave asked.

‘“Nothing I wouldn’t normally do,” I replied. Then I explained that what I’d normally do was drink Skittle vodka.

Worst dissent of the week

When referees fight back.

Half-time entertainment of the week

Treason of the week – Sam Allardyce

Back when he was England manager, that. Halcyon days.