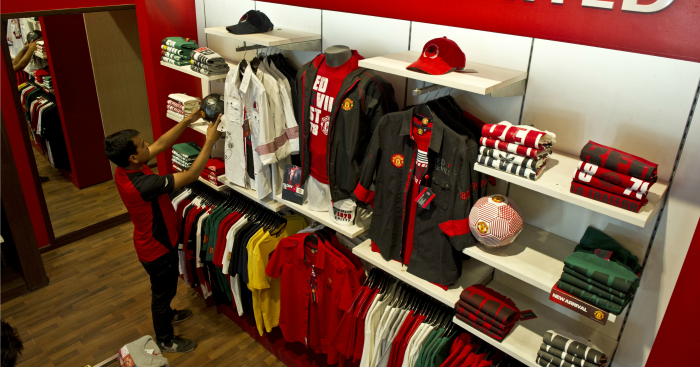 Mailbox regular John Matrix attempts to explain why so many South Asians love football, and in particular Liverpool and Manchester United…

My father was, like all his brothers, a Manchester United fan. This does not have its roots in football, but unsurprisingly cricket. Farokh Engineer was one of the first Indians to play first-class cricket in England and he signed for Lancashire. Anyone with even a passing knowledge of both sports will know where this is going; for those who don’t, let me elaborate.

Imagine three skinny Indian men, aged 21, hearing that an Indian had signed for a cricket team. Their excitement was almost palpable, along with nostalgia for their homeland. So they saved up the money, jumped in an Austin Allegro and drove to Lancashire to see their hero. Arriving at ‘an’ Old Trafford, they were surprised by the volume and the nature of the fans but, having got there, they just followed the crowd. They paid for their ticket, and lo and behold, they walked onto a football terrace. All three of them, refusing to admit their mistake, decided to stay for the match, and by the end convinced themselves that this was their plan all along. It was only later that my dad told me that he’s only a fan because of a cock-up.

That was my dad’s story. I can only tell a wider narrative through the prism of my own personal experience. I would never hope to speak on behalf of the approximately 3.1 million British Asians. However, there are some clues in there worth exploring.

Firstly, we have to think about the history of immigration into this country. As the Commonwealth crumbled post war, along with Idi Amin’s expulsion of all Indians from Uganda in the 70s, there was a large influx of South Asians into the UK. My father was one of these people.

As first generation immigrants they had challenges that myself, and other second generation children of immigrants, don’t face as prominently, and that was trying to assimilate in any way possible. Here were men and women, from tropical countries, barely speaking the language, washing up on the shore of this island, trying to carve a place in this alien world. They’d use any opportunity to proffer an olive branch to their colleagues in the warehouses and factories where they worked. My dad would say that football was the great equaliser. Like the weather, most Brits can hold some sort of conversation about ‘the big match’ and he and his friends utilised this. Considering the cultural environment these immigrants were coming into – with television shows like ‘It ain’t half hot mum’ and ‘Love thy neighbour’ on prime time – anything that would focus on similarities was a priority for these immigrants.

They also started having children here, children whose first language would be English, whose friends would be English, and who didn’t have the ties to cricket their parents had. They played football in the playground. They wanted teams to support, so as the 70s transitioned to the 80s, a whole second generation started to grow up with football. Seeing high-profile ethnic minority players like John Barnes destroy defences excited them in a way that Test Cricket could never do. An affinity to Liverpool was born.

My mum hated the sport, not because she watched it, or even knew the rules. The only thing she knew about football was hooligans. That was all she saw and so didn’t like me watching it; she felt it would be a corrupting influence. My older cousins (who we shared a house with) however loved it, and so we looked to them, and the teams they supported. Liverpool were doing well, and so you had a huge number of Indian Liverpool fans, which leads me to a mildly uncomfortable truth.

There is an aspirational quality to the South Asian diaspora. They believe that through hard work, you will succeed. And winning is the most important thing. Think about the reaction to the Indian cricket team. Every victory is the greatest victory, every loss the end of the world. Now extrapolate this out, and what I am trying to say – using a very broad brush – is there is an element of glory-hunting going on here. Why would you not support the winners?

But these are broad generalities. There are many other aspects for the growth of the south Asian fanbase. Sky was probably another driving factor. Many Indian households were early adopters of Sky because through them, the family could access Indian television from the subcontinent. These were the days of Giggs and Fowler, when Super Sunday really was super. So there was an increased exposure to football and its razzamatazz, and anyone who’s had the misfortune of watching a Bollywood film will know they love razzamatazz with convoluted plots featuring clearly signposted heroes and villains.

I know many lament the gentrification of football, but it opened up the sport to a much wider audience. Add the fact that ESPN then began to broadcast the sport in India, and you can see why it began to gain prominence with south Asians. Then you have an esoteric cultural phenomenon like Bend it Like Beckham. Now I am not conflating that with more Indian fans, but it normalised football for an audience who still hung on to archaic ideas of both the sport (for thugs) and the fans (hooligans).

As the generations turn over, more and more are coming to view their football team as a key part of their identity. Visit India and you can’t move for football jerseys (especially United and Liverpool ones). I support Arsenal, not because of the weight of history of trying to assimilate into a culture, but because my hardest cousin hung me over a bannister and said ‘who do you support?’. My only answer was ‘whoever you support!’ He supported Arsenal, now so do I. I’ve passed this love of Arsenal to my nephews like any good uncle. This is a more ‘traditional’ way of choosing a team; having your family force supporting the club on you.

As the south Asian community grows more comfortable with the sport, our support will continue to diversify. I see my nieces and nephews supporting their local teams, again which makes me feel immense pride of how far we’ve come. There will always be a large South Asian fan base for Liverpool and United, as they are ostensibly our first loves, and also the immense amount of marketing those clubs do in Asia, but within a generation I expect this to change too.