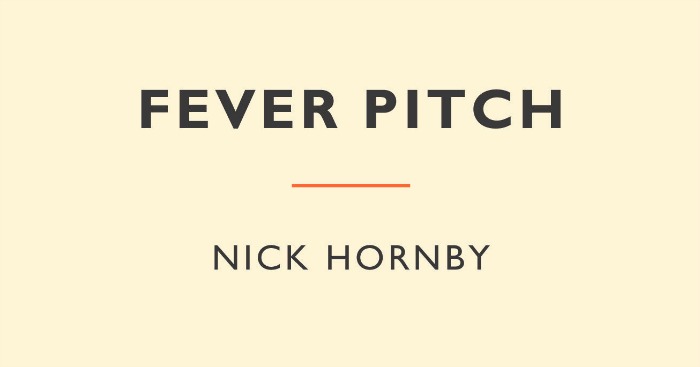 Mailbox regular Matt Hennessey writes about Nick Hornby’s classic. Even if you aren’t an Arsenal fan, or even if you hate football, it was and remains an important book.

Fever Pitch, the first book by Nick Hornby, is now so familiar, has for so long been the embodiment of its sub-genre, and has spawned so many inferior imitations, that it feels as though it is sometimes taken for granted. It is an account of the occasional joys and frequent despair of being an Arsenal supporter, opening in 1968, towards the tail-end of a desperately poor decade for the club, and ending with the club making a bollocks of its title defence in 1992, the year of the book’s publication.

If you’re an Arsenal fan of a certain vintage (essentially, anyone old enough to remember anything at all within its pages, meaning I just qualify), chances are it is one of your favourite books, one you can quote or reference almost sub-consciously. The account he gives of what it was like to be at Highbury during those years, the reminiscences of players and managers, the small, perfectly observed details – awkwardly approaching an Arsenal player outside the ground before a game, the pleasures and horrors of bringing family or girlfriends along to observe you in your natural habitat, the obvious love he has for the ground itself, described towards the beginning of the book as a sort of Eden – articulated at least two generations’ collective memories. In doing so Hornby made himself synonymous with the club, the chief contemporary chronicler of its cultural history, and created an invaluable evocation of a world which will to many now seem archaic, perilous, and perhaps faintly ludicrous.

To someone who grew up in the Midlands, in the nineties, with only infrequent access to the dying world within the book (I was taken to Highbury maybe three times a year, to away games at nearby Leicester, Coventry and Villa, one famous time in the posh seats at Stamford Bridge) the book became a document of both fascination and envy. My father is four years older than Hornby, and although I asked him with apparent interest what it was like to be at the Fairs Cup Final in 1970, or how many times he watched Liam Brady play, secretly I resented him for it: for having had that experience, for being contemporaneous to Hornby and, more obscurely, for not allowing me to have my own approximation of it by moving out of London before I was born.

This is in spite of the fact that Hornby writes unambiguously of how miserable much of this was. To me, it didn’t matter. Being a fan meant going to the games. It had a certain dangerous glamour, a visceral excitement that my mid-nineties, Keys ‘n’ Gray Sunday afternoons in suburbia just couldn’t replicate. I felt as though I was less of a fan, that I was missing out, and so overcompensated by amassing a frankly absurd amount of trivia about the club, by becoming unbearably partisan and blinkered, such was my desire to prove (to who, I ask myself now) that although I wasn’t there every week, it was only because I couldn’t be.

In spite of Hornby implicating football in a bout of depression – one of the best chapters in the book, shadowed by the 1987 Littlewoods Cup semi-final replay against Spurs – I wanted what he had, for better or for worse. Although I have long grown out of this behaviour – the tantrums, the sulks, the relentless taunting of my Tottenham-supporting friends – residues of it still occasionally bubble up to the surface, and work is perhaps not the only reason I ended up moving to London as soon as I was able.

Even if you aren’t an Arsenal fan, or even if you hate football, it was and remains an important book. It gave a voice to that strange, slightly terrifying sub-culture – the English football fan – who collectively, both domestically and internationally, had such an appalling (not entirely undeserved) reputation. Hornby was capable of describing the absurdities of his mania, the lunatic compromises it creates, the crushing, soul-withering inevitability of frequent and unstoppable disappointment, and delved into the history and psychology of his own relationship to the club with disarming frankness. Although the genesis and development of his own obsession are unique to him, there are endless comparable replications among his readership – a readership who, as has been oft-observed, was then able to hand the book over to friends, relatives, partners and say: see – this is why.

As well as having the literary merits necessary to become a seminal book – brilliantly written, accessible beyond its apparent target audience, unlike anything else published until that point – it has also acquired, with distance, a certain historical advantage, inasmuch as it appeared at a time when the football landscape was irrevocably changing. The final years recounted in the book – the twin disasters of Heysel and Hillsborough, the euphoria of Anfield ’89 – turned out to be among the last such examples (the ugly and the good) of that particular epoch of English football. Not only that, they were themselves catalysts for its metamorphosis. Hooliganism and catastrophe precipitated the removal of terraces and the introduction of all-seater stadia; the dramatic denouement of the 1989 title race belatedly woke broadcasters up to the commercial potential of league football. From this came the Taylor Report and Sky Sports.

Within a decade of publication, the landscape of British football was much-altered; in an article published in the Telegraph in 2012, Hornby commented that ‘football has changed more in the last 20 years than in the previous 70 or 80’. In the same piece Hornby writes of the dissolution of the environment in which he grew up, the erosion of a local fanbase, and the positives and negatives of the all-singing, all-dancing, globalised maelstrom elite football in England has now become. There is no overt nostalgia, or wearisome it-was-better-in-my-day cawing: just the stoic, long-suffering acceptance that things have changed. It is for this reason above any other that Fever Pitch has classic status: depending on your perspective, it shows us football as it was on the cusp of its renaissance, its ruin or, perhaps, both.