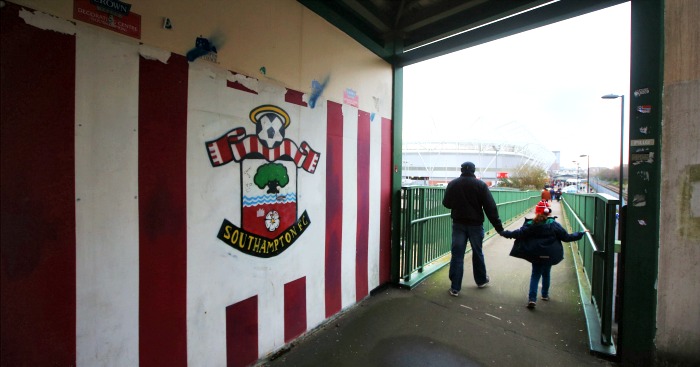 Everybody seemed to support Liverpool. In the playground in 1987 they were the obvious choice. The Reds were the dominant force at that time, seemingly sweeping away any team that blocked their route to success.

I came from a family where no-one followed football. There was no obvious team to inherit, no paternal influence steering me towards any particular allegiance. Geographically my local team would be Bournemouth, but at the time no-one I knew followed them and the only coverage you could find was the back page of the local newspaper. So, aged seven, in choosing who to support, it seemed like I could take my pick. I didn’t have any interest in following the crowd and the glory never appealed to me, meaning I discounted Liverpool. I chose to support the team that no-one else I knew did. I chose the overwhelmingly mediocre Manchester United who had finished 11th the season before.

I enjoyed the following years supporting United. The FA Cup win in 1990 felt special and the Cup Winner’s Cup victory versus Barcelona the year after even more so. My ‘average’ club chalking up great wins and tasting a bit of glory. As the 1990s progressed my interest in United continued. I remember buying ‘United’ magazine and the CD single of ‘Come On You Reds’ for the 1994 Cup final. I cheered when Giggs scored that goal against Arsenal in 1999 and I went ballistic as Solskjaer scored in the last minute to win the Champions League that same year.

And then very little.

As we entered the noughties my support for the club waned. By that point Manchester United had become a giant and a global corporation. Winning had become standard and I had become desensitised. This really struck me when I decided to go to the zoo rather than watch the 2004 Cup final. I was indifferent to yet another trophy and, if I’m being honest, embarrassed. I was from Bournemouth, not Manchester. I’d been to watch them once, in 1995. I had no family ties to the area, they just happened to be the team I picked when I was seven. And they won all the time. Winning all the time is quite dull. In 2004 it was one of the greatest days of a Millwall fan’s life but for a United supporter it was just another bragging right. This indifference left a vacuum. I love football and consume it voraciously but without a team to love it feels slightly hollow.

In 2006 I moved to Southampton. My friend often had a spare ticket and I started going to watch them on a fairly regular basis. They’d just been relegated to the Championship and despite some God awful football under George Burley I loved going. As time moved on my interest in them grew and grew. You can’t escape the passion for the team of a one-club city. Everyone is talking about them. Their presence is everywhere. The city’s enthusiasm for legends such as Bradley Wright-Phillips and Wayne Thomas had infected me. By 2008 I couldn’t have cared less that United won the Champions League again, Southampton had staved off relegation to League One which to me was much more important.

I feel honoured to have involved myself with the Saints in the past ten years. As a season ticket holder for a number of years I feel very lucky to been part of the journey from League One to European qualification. I have seen them win at Wembley (Johnstone’s Paint Trophy…you’ll never win that) and seen some of the best players in the country ply their trade from a young Gareth Bale to Morgan Schneiderlin. They have reignited my passion for football and made me feel like a kid again.

The question is, can I ever really be a true fan?

I never went to The Dell. I never saw Matt Le Tissier curl in a 90th minute winner from 30 yards. I wasn’t around for the 2003 FA Cup Final. Am I simply another ‘plastic’ who doesn’t really have the right to love the club?

One interesting pattern I’ve noticed as I’ve grown older is that I’m not the only one making that journey. One friend of mine made the gradual switch from Aston Villa to Bournemouth (before this season…that would have been very fickle) whilst another went from Tottenham to Luton. In both instances they had picked a random team as a child and as time went on found themselves drawn to the club of their abode. They love football more than ever.

I have always felt a fraud. First for my support of Manchester United, a club based 300 miles from where I lived that embarrassingly started winning all the time. I tried not to show it but when they called me a ‘glory hunter’ it hurt as it was the exact opposite of my intention. Secondly for my support of Southampton, a team I came to late. At matches I sit with my school friend. He has supported the Saints all his life and I’ve actually taken on the ticket from his Grandad who is sadly too unwell to attend matches anymore. As much as I can buy the replica shirt, sing about winning the Johnstone’s Paint Trophy and express my obsession via a Koeman themed twitter account I don’t really feel like I belong.

In that playground in 1987 I remember people pinning their various scarves up on the wall and then singing support for their team: Liverpool. Tottenham. Arsenal. They were the most popular. One boy stood lonely under Southampton. In hindsight, I should have joined him.