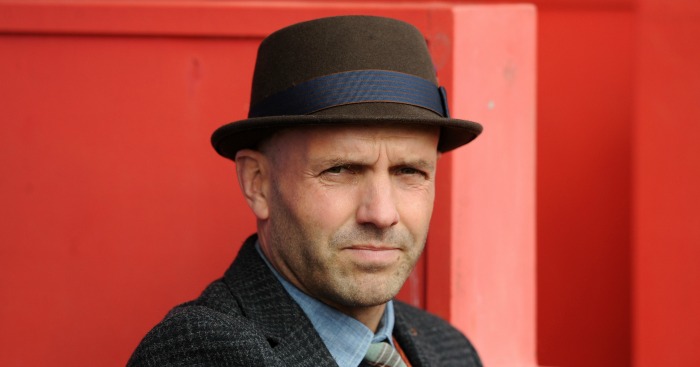 Those who do not follow Exeter City will likely be aware of, at most, three things about Paul Tisdale. Firstly, he is the second-longest-serving manager in the league, with over 500 games in charge of the club (that milestone marked by a 4-1 thrashing at the hands of Oxford United). Secondly, he is as likely to be in the news for his role as a Ted Baker Clothing Ambassador as for his footballing acumen. Finally, he is seen within football to Do Things The Right Way, from his preferred passing style of play, to the consecutive FA Respect Awards for the club in 2014 and 2015, to a focus on bringing local youth players into the first team and often allowing those players to move on to bigger clubs and brighter lights.

This is all true, but a growing number of Exeter City supporters would also describe a stubborn refusal to accept external criticism, a distant and often difficult relationship with the fans, and more recently a frustrating inconsistency in both team selection and results.

As with any footballing debate, there are strong and valid opinions on both sides. Tisdale’s supporters speak of back-to-back promotions, the club’s highest ever final league position, and a playing budget crippled by a business model reliant on the sale of our best players and donations from fans via Exeter City Supporters Trust.

His detractors speak of a lack of progress in the past five years, the now-expected seasonal collapse rescued to a mid-table finish by a late run of results as exciting as it is frustrating, and the persistent rumours of a contract that allegedly makes him one of the highest-paid managers in the lower leagues.

The statistics reflect both sides of the debate. In the five seasons up to the summer of 2011, Exeter under Tisdale won 61 of 115 home matches, winning 42% of all league games. In the five seasons since, the club has won just 35 times at St James Park, and just 32% of their total league fixtures. Poor home form has led to falling attendances, reduced income for the club, and threatens to become a vicious circle preventing the club from moving forward.

By way of context, in 2011 Exeter finished eighth in League One, equalling the club’s highest ever league position, and fans dared to dream of one day reaching the Championship. During the off-season, amidst rumours of interest from the likes of Swansea and Southampton in our young and exciting manager, club directors are reported to have offered Tisdale a significant pay increase and the security of a two-year rolling deal, in order to protect what was seen as one of the club’s most valuable assets.

Whether the rumoured terms of that 2011 contract are accurate or not, its timing nevertheless serves to define the two halves of Tisdales reign. What has changed is that as well as the original intention of protecting the club from the loss of a potentially valuable asset, it has become a millstone around the necks of both club and manager, each seemingly locked in a loveless marriage with the other, neither able to afford the financial and reputational fall-out of a messy divorce.

Within the last two years, fans have launched an online petition calling for the manager to be sacked, raised a formal proposal (not taken up) to the Supporters Trust Board to poll its membership and gauge the support (or otherwise) for the manager to continue, and orchestrated a 15-minute silent protest at a home game in February 2016. Whatever your opinion of these methods, the simple fact that they happened is evidence of a growing discontent within the fan base.

None of us can know whether the rumoured contract is as reported, or just that – a rumour. Even if true, it is entirely possible that either the club, or Tisdale, has already given notice, and we are now witnessing a man simply going through the motions like any other employee forced to work out their notice period. It may be that a new contract has been put in place, on more appropriate terms, reflecting the change in the club’s fortunes.

Wherever the truth lies, what cannot be doubted is that more and more fans are becoming vocal in their view that although Tisdale may be far from the worst manager we could have, to assume that nobody could do a better job is simple arrogance. Those back-t- back promotions and that historic eighth place finish will never be forgotten, but if Tisdale truly does believe in this club, and truly does want to be seen to Do Things The Right Way – now is the time to walk away.