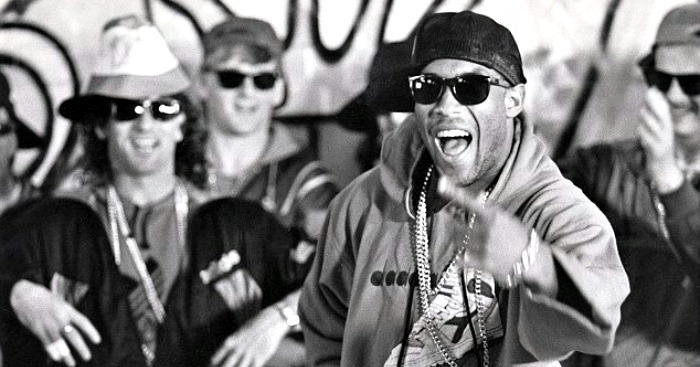 Before I explain to you why The Anfield Rap is the worst song in the history of recorded music, there’s a couple of things you should know about me. Firstly, when I am not obsessing over the question ‘does Harry Kane exist?’ (and he doesn’t, he definitely doesn’t) I spend more of my time than is healthy over-analysing song lyrics in relentless, tedious detail. The Anfield Rap has particularly bothered me for a long time. My hope is that by getting this down on paper (or whatever this is), I’ll somehow be cured of this affliction and can spend my time doing something much healthier. You being bored seems a small price to pay from my side of the bargain. Secondly, I like Liverpool FC. This is not an attack on the club, just this stupid song.

To business! There have, of course, been many terrible songs released since popular music was invented. Itsy Bitsy Teeny Weeny Yellow Polka Dot Bikini by Bombalurina, Agadoo, The Cheeky Song, everything Radiohead did, but none have been quite so ill-conceived and clunky as The Anfield Rap. Let’s look at the evidence.

The concept:
For many years, the cup final song was generally speaking something jolly, sung by awkward looking men about hoping to win the cup for the fans. Very occasionally they were good, and featured Chas and Dave. Ahead of the 1988 FA Cup final Liverpool decided to do something different. They would release a rap song. Bill Shankly once said “A football team is like a piano, you need 8 men to carry it and 3 who can play the damn thing”. Liverpool decided to stretch those numbers, and go with an entire song based on having 1 person who could sort of rap. A bit. I expect these days it would be labelled groundbreaking, in the same way most things seem to get called groundbreaking if they are a bit different (except things which actually involve breaking ground, which must be a source of annoyance to the inventor of the monopile foundation). At some point, after the semi-final, there was a discussion on the cup final song, and Craig Johnston said “don’t worry, I’ve got this covered, I’ve written a rap” and no-one stopped him; the players, King Kenny, the board of directors. They allowed this to happen.

It’s 1988. There have been 427 American comedy films in which, due to some convoluted circumstance, a Dad character has to do a rap. Everyone – literally everyone – in the western world knows this is a bad idea. And they allowed it to happen.

The video:
Here it is.

It’s bad, obviously. In the year 2016, we will see many professional footballers dress like rappers. 1988 though, it was like watching the PG Tips monkey making a pass at your mum, only more disturbing. And you think, “Okay, it’s bad. I’ve adjusted to the badness. Can’t get worse.” Then Kenny Dalglish appears. Wearing his sideways baseball cap. And you know, nothing will ever be worse than this. Even those T-Shirts.

The lyrics:
Okay Craig, this terrible thing has somehow been allowed to happen. Best get your rap off to a strong start.

“Liverpool F.C. as hard as hell
United, Tottenham, Arsenal
Watch my lips, and I will spell
’cause they don’t just play, but they can rap as well”

That’s not gone well, has it Craig? What’s happened there, is you’ve tried to rhyme Arsenal, with hell, well and spell. It’s a very basic rule really, actually using words which rhyme, and in line 2 you’ve let the side down. Craig Johnston knows this, and spends his days haunted by the constant regret that the Spartans of Shepherdswell never made it out of the Dover district Sunday league to dominate football in the 70’s and 80’s.

A note here also for mailboxers, and comment contributors who enjoy a debate on what a big club is, and how yours is definitely the biggest. A good rule of thumb, is that if your club isn’t mentioned in The Anfield Rap, then your club is small and probably owned by an oligarch with a dubious moral history. Happy to have cleared that one up.

“Well I’m rapping now, I’m rapping for fun
I’m your goalie, the number one
You can take the mick, don’t call me a clown
Any more lip and you’re going down”

“You two scousers are always yapping
I’m gonna show you some serious rapping
I come from Jamaica, my name is John Barnes
When I do my thing the crowd go bananas”

Hmm. It’s happened again, hasn’t it Craig? He’s not Spanish. His name is Barnes. Pronounced Barns. It’s not, never has been and never will be Bah-nes. Perhaps, just perhaps, if you’d changed ‘go’ to ‘throw’ and snuck an under-the-radar statement on racism in football then the whole thing might have been rescued, although to be fair, that would very much have jarred with the general tone of national stereotyping and threats of violence. (For younger readers, who think political correctness has gone mad, and it’s all just good banter, here’s a picture of John Barnes back-heeling a banana off the pitch in 1988. Now go and unplug your internet and never speak to me again.)

“How’s he doing the Jamaica rap?
He’s from just south of the Watford Gap
He gives us stick about the north/south divide
’cause they got the jobs, yeah, but we got the side”

“Well I came to England looking for fame
So come on Kenny man, give us a game
’cause I’m sat on the bench paying my dues with the blues
I’m very big down under, but my wife disagrees”

He’s Australian, you see? But he could also be talking about his genitals. And from there, the humour arises. Craig appears to completely give up on rhyming here in order get that kn*b gag in.

“They’ve won the league, bigger stars than Dallas
They got more silver than Buckingham Palace
No-one knows quite what to expect
When the red machine’s in full effect
Well Steve McMahon sure can rap
It’s about time he had an England cap
So come on Bobby Robson, he’s the man
’cause if anyone can, Macca can
Macca-can… Macca-can… Macca-can… Macca-can…”

Steve McMahon has 17 caps for England. Including the one which cost England the game against Ireland in the 1990 World Cup. For which I also blame this horrible song. Brian Moore did that bit. Presumably with a gun to his head.

“We’re Ireland lads
Och-ai the noo
And there’s four of us
And only two of you
So if you want nai trouble, and you don’t want a slap
You’d better teach us the Anfield rap
Don’t forget us paddies
And me the Great Dane
And I’m from London mate so watch your game
Well you two scousers, you’re always squaking
But we’ll just let our feet do the talking”

Stereotypes are always funny. Crying shame they couldn’t crowbar a joke about Jan Molby’s weight in there as well.

Bits I left out:
Some Shankly quotes, and the boys doing a sort of sped-up-but-talking bit of You’ll Never Walk Alone which sounds a bit like William Shatner doing the song whilst regretting that third burrito.

The Consequences:
The immediate consequence of The Anfield Rap, was that whilst the team clearly travelled to Wembley aboard the banter bus, they had forgotten the small matter of having to beat Wimbledon. They lost, in one of the most unlikely FA cup final results ever.

Many football scholars have written legion words on the downfall of Liverpool FC. Many factors have been blamed: The failure of the club to adjust to, and profit from the new world order of the Premier League and global markets quickly enough, the arrival of the great Sir Alex in Manchester, letting Souness be manager, incompetent owners, Glen Hysen. Not many people have identified the true cause though. My belief is that The Anfield Rap was so bad that the club collectively, subconsciously embarrassed itself into a slow decline. As more of the guilty parties left the club, the decline increased. The only possible way to rescue this club from self imposed exile from the world elite, to cast off the shackles of shame and become what the club should be, was to appoint the coolest manager in the world. So, yes Liverpool fans, yes. Mr Klopp, with his kooky glasses, British teeth and brilliant hugs is your saviour,
the club is redeemed, and next year definitely is your year.

Jeremy Aves – You can follow me on twitter @megabrow12 but I wouldn’t bother. It’s mostly
tennis, weak football jokes and liberal lefty knickerknotting.