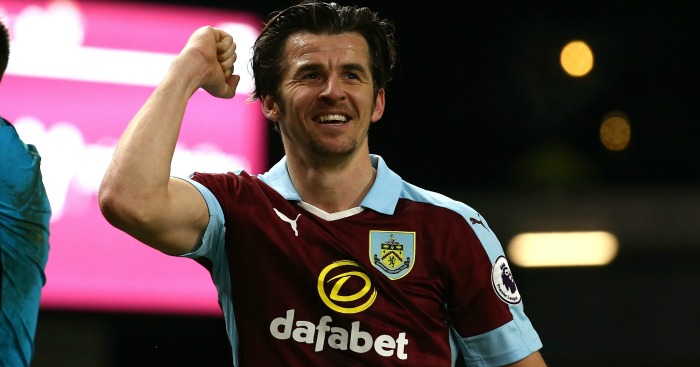 Greg Clarke admits the Football Association is considering ending its partnership with betting companies but stressed the decision is not linked to the recent Joey Barton case.

Barton was banned from football for 18 months in April for breaking betting rules but the Burnley midfielder fired a parting shot at the FA over its own links to gambling companies.

A statement published on Barton’s official website last month read: “I think if the FA is truly serious about tackling the culture of gambling in football, it needs to look at its own dependence on the gambling companies.”

The governing body signed a “long-term” deal with Ladbrokes in June 2016 to become its “official betting partner” following a similar agreement with William Hill.

The FA also has commercial deals with alcoholic drinks firms such as Budweiser and a report – ordered at the start of the season by Clarke – into whether such agreements are appropriate is due to be published in the summer.

Clarke, the FA chairman, told The Times: “We are actively considering what our position will be and should be.

“I asked for the management team to produce a report on what our position should be on a number of things, and gambling and alcohol were among those things.

“At the end of the season, when that paper is produced, the FA board will take a measured decision on what our position should be.

“Until I see that paper, I don’t have a position but it is right we consider it and then make a positive decision on what we are going to do or not.

“This is not linked to the Joey Barton case at all, this goes back to the start of the season.”

Of the 20 Premier League sides, 11 have betting companies’ logos on their shirts while the three English Football League divisions are sponsored by Sky Bet.