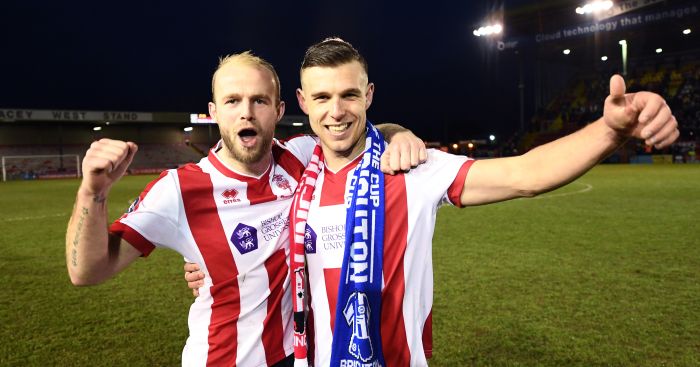 Two of TV’s top football presenters have claimed that the Football Association forced the BBC to show Manchester United’s FA Cup match over non-league Lincoln City during the weekend.

The Red Devils’ fourth round clash with Wigan had been selected by the BBC as their original option before the FA Cup third round replays had taken place.

Following a replay, Lincoln beat Ipswich to progress to the fourth round where they played Brighton and Gary Lineker and Dan Walker say a request was lodged with the FA to screen the match live.

However, the FA apparently refused their request as they had already selected the United match.

Walker revealed the news during an exchange between himself and a Twitter follower, who was unhappy that Lincoln hadn’t been shown live on the BBC.

@FredianiITV @suttonunited @LincolnCity_FC @OUFCOfficial @EmiratesFACup @BBC @ManUtd you should ? the FA Mr F. We asked to do Lincoln live!

While Lineker later backed up Walker’s claims on his social media.

That is correct. After Lincoln won their replay we asked FA to change to Lincoln Brighton game. They refused. https://t.co/pSQbqkAdZA

United defeated Wigan with an impressive 4-0 drubbing and Lincoln reached the FA Cup fifth round with a 3-1 victory against Brighton.