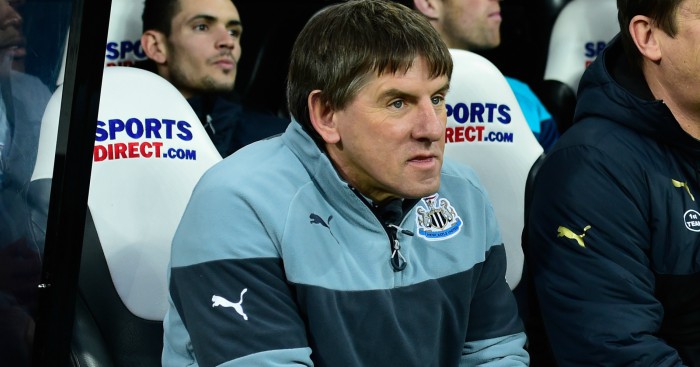 Peter Beardsley has been charged by the Football Association with using racist and abusive language towards youth team players during his time in charge of Newcastle Under-23s.

The former England international, whose departure from the club was confirmed earlier this month after he was placed on leave while an investigation into bullying was carried out, has been charged with three breaches of FA Rule E3.

“It is alleged Mr Beardsley used abusive and/or insulting words towards Newcastle United FC Under 23 players, which were contrary to FA Rule E3(1), whilst employed as their coach,” said a statement from the FA.

“It is further alleged these words also constituted an ‘aggravated breach’, which is defined in FA Rule E3(2), as they included reference to ethnic origin and/or colour and/or race and/or nationality.”

Beardsley has until April 12 to respond.

A formal complaint was made about Beardsley by midfielder Yasin Ben El-Mhanni, who has since left the club, in January last year.

The 58-year-old has denied the allegations.

“I’m not a bully and I’m not a racist,” Beardsley said at a public appearance in Gateshead earlier this month.