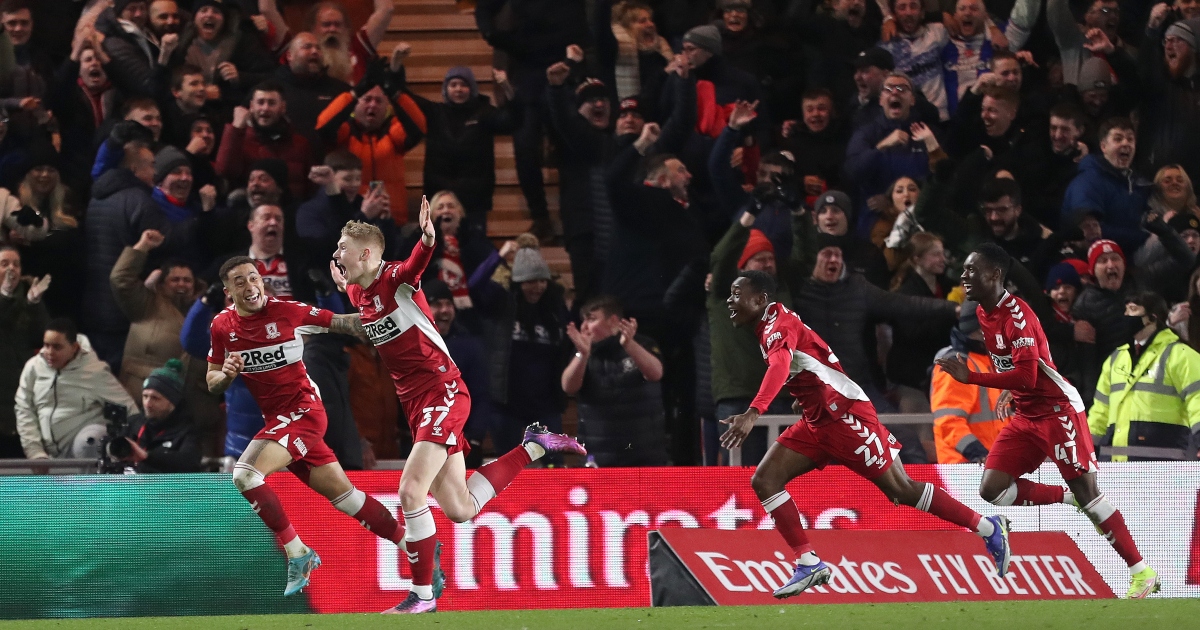 Middlesbrough have been drawn against Chelsea at home in the FA Cup quarter-finals after knocking out Tottenham.

Boro followed up their fourth-round penalty shoot-out win over Manchester United by deservedly beating Spurs 1-0 after extra time on Tuesday and will now face a third Premier League giant in the last eight.

Cardiff can now look to future under super Stevie Morison

Chelsea beat Luton on Wednesday and make the long trip north looking to make it back to Wembley for the semi-finals, having been beaten in last season’s final.

Six-time winners Manchester City have been handed a tough draw as they visit Premier League outfit Southampton, while Liverpool – fresh from winning the Carabao Cup on Sunday – are guaranteed Championship opposition after being drawn against the winner of Nottingham Forest and Huddersfield, who play on Monday night.

Crystal Palace will play Everton or Boreham Wood, who battle it out on Thursday, at Selhurst Park.

Ties will be played over the weekend of March 19/20.

The draw for the quarter-finals of the #EmiratesFACup has been made!

What game are you most excited for? 👀 pic.twitter.com/1uAvOTdRVF

Sarr has featured prominently in the FA Cup this season and he started against Luton in the fifth round on Wednesday night.

Chelsea were 2-1 down at half-time. Reece Burke and Harry Cornick scored Luton’s goals and Sarr was arguably at fault for both of them.

The Blues recovered in the second half as goals from Saul Niguez, Timo Werner and Romelu Lukaku saw them avoid an upset.

Shearer believes Sarr was “too nice” when defending Burke’s opener.

“Sarr’s marking Reece Burke, meant to be… he’s too nice isn’t he, there’s not enough aggression there,” Shearer said during BBC One’s coverage.

“He’s a yard off him, he touches him, not enough. It’s a very good ball in and run and the contact is superb the way he guides it in that far corner.”

Richards added: “Like you say, once he’s got the run on him and he’s got the height on him as well… he’s not aggressive enough.”