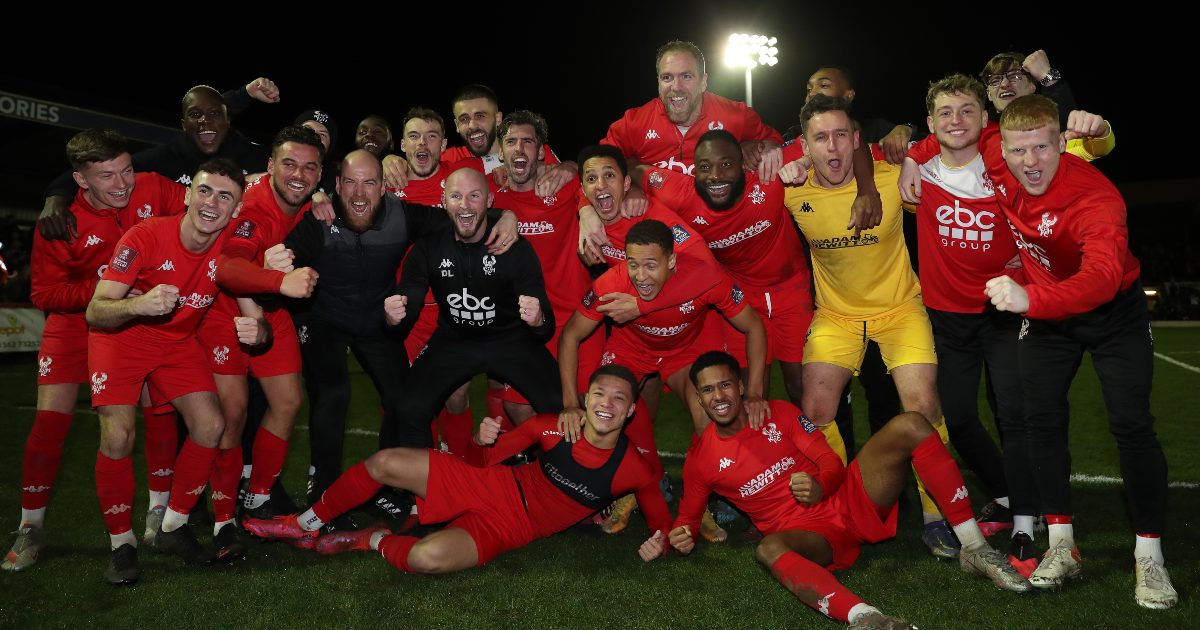 West Ham United have been drawn to face non-league side Kidderminster in the fourth round of the FA Cup. Elsewhere, Liverpool will host Cardiff City.

Kidderminster are the lowest-ranked side remaining in the FA Cup and they host West Ham in the fourth round.

The National League North outfit, who came from behind to beat Reading 2-1 victory on Saturday, are rewarded with a tie against the Hammers. Non-league side Boreham Wood have been handed a trip to Championship leaders Bournemouth.

League One Cambridge will entertain Luton for a place in the fifth round following their superb 1-0 victory at Newcastle.

Chelsea, beaten by the Foxes in last year’s showpiece, will host Plymouth at Stamford Bridge.

Manchester City will play Fulham at the Etihad Stadium, with Manchester United or Aston Villa, who complete the third-round schedule on Monday evening, to welcome Middlesbrough.

Liverpool, who survived a slight scare against League One Shrewsbury on Sunday, will take on Cardiff at Anfield.

Everton will host Brentford, Brighton travel to Tottenham and, after beating Sheffield United 3-0 on Sunday, Wolves will play Norwich at Molineux.

Elsewhere, League Two Hartlepool, competing in round four for the first time since 2009, have been handed a trip to Crystal Palace, while Huddersfield face Barnsley and QPR head to Peterborough.

Southampton will entertain Coventry, while Stoke will play Wigan at home.

The fourth-round matches will be played on the opening weekend in February.