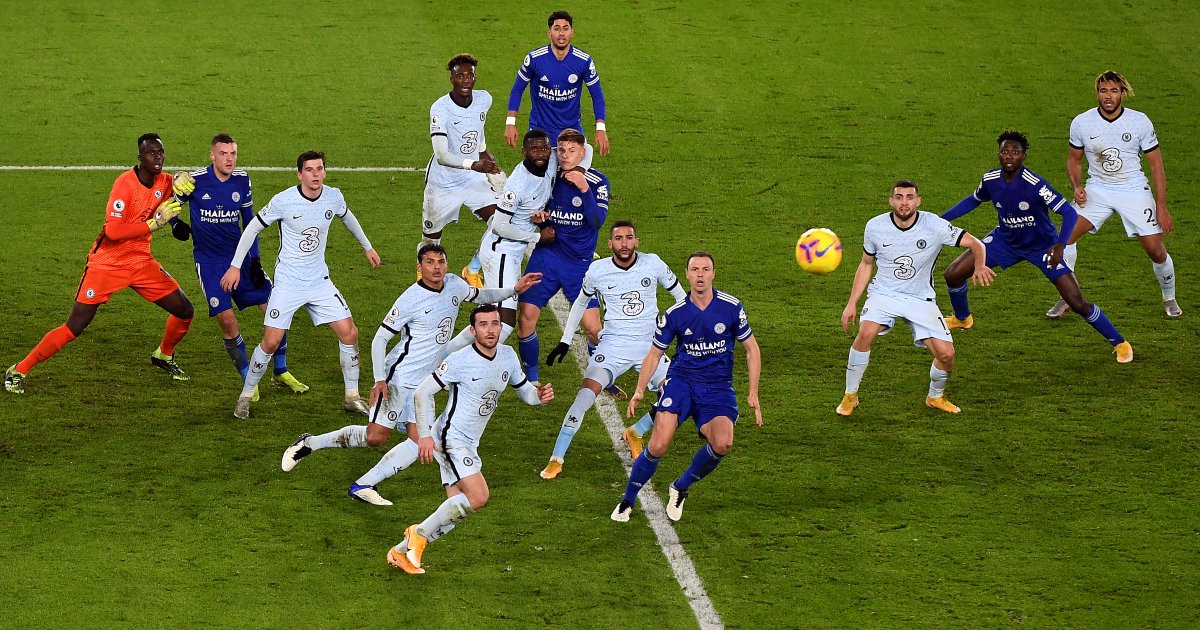 1) What can Leicester learn from Porto, West Brom and Arsenal wins?
Arsenal’s 1-0 victory in midweek was fortunate, and from a tactical perspective essentially boiled down to mirroring Chelsea’s formation, sitting deep to deny Thomas Tuchel’s side space in behind, and relying on Emile Smith Rowe’s dribbling to get up the pitch. Leicester will follow parts of this model, sitting hunched in their 3-4-1-2 and ready to counter-attack when the opportunity arises.

But they will instinctively take less from West Brom’s 5-2 win and Porto’s 1-0 victory in the Champions League (the only other defeats under Tuchel so far), both of which were defined by aggression, physicality, and quick breaks down the flanks. The best way to hurt Chelsea is to ruffle their feathers with a confrontational approach, engaging only in your own half but snapping fiercely into challenges to disrupt the patient rhythm of Chelsea’s passing.

Leicester are unlikely to do that, and there is little chance Chelsea will lose consecutive games against opponents who passively sit back and look to strangle the game – especially given that Tuchel will rotate Billy Gilmour out for N’Golo Kante, raising the tempo.

2) Will Vardy and Iheanacho give Foxes a springboard on the counter?
The most worrying thing from a Leicester perspective is that they rarely counter-attack down the wings, such is the narrowness of their 3-4-1-2 formation. Chelsea’s use of a back three means they only tend to leave pockets of space behind the wing-backs (hence the dominance of Callum Robinson and Matheus Pereira in that 5-2) but Leicester will look to play sharp vertical passes through the middle – via James Maddison and in behind for Jamie Vardy and Kelechi Iheanacho.

Their tandem runs may not be successful in between the three Chelsea centre-backs, especially if Maddison struggles to find space in central attacking midfield around Jorginho and Kante. Given the speed with which Tuchel’s side tend to win the ball back, pressure is on Youri Tielemans to evade the Chelsea press and get Leicester’s front three into dangerous positions despite Chelsea’s own squeezed shape.

3) Does Newcastle result point to Mount-Werner domination?
It’s all looking a bit ominous for Leicester. Their 4-2 defeat to Newcastle was characterised by Johnny Evans’ absence, because without their defensive leader Brendan Rodgers’ back-three looked all over the place. They were easily pulled apart by Callum Wilson and Allan Saint-Maximin, the two Newcastle forwards making some simple but effective runs off the shoulder of the last defender.

To be frank, if Wilson is capable of stretching the Leicester defence and getting in behind then Timo Werner ought to have a field day. There are question marks over the German’s finishing, but in a game like this – and on a big Wembley pitch – Werner will get more than enough chances to catch Leicester’s disorganised back three and put one of them away.

4) Will Kante-led box midfield overwhelm Tielemans and Ndidi?
The defining feature of Chelsea’s elegant possession football is the box-shape made in central midfield, where the inside forwards (most likely Mason Mount and Christian Pulisic this weekend) will drop to join Kante and Jorginho in overwhelming the opposition midfield. This tends to happen even when Chelsea face a flat three, so Leicester’s two – Maddison doesn’t spend much time joining Ndidi and Tielemans – could be in a lot of trouble.

It is likely that Leicester will not wish to emulate Arsenal’s very deep defensive shape in midweek, and that inevitably means there will be spaces around the Foxes’ midfield in which Chelsea’s box-shape can outnumber and outplay their opponents. Tielemans’ form has dipped as fatigue sets in, and considering Ndidi was well off the pace in the 4-2 defeat to Newcastle there is the distinct possibility that Kante will run the show. 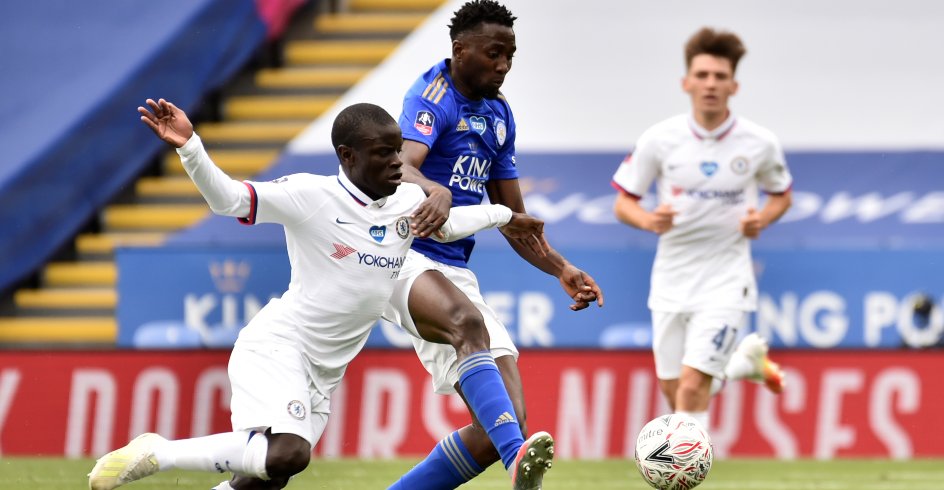 5) Can Alonso & Pulisic take advantage Leicester’s new problem area?
Rodgers has a selection headache when it comes to the right wing-back position. Ricardo Pereira did not work particularly well with Timothy Castagne as the right centre-back in the defeat to Newcastle, but with Luke Thomas making a mistake ahead of Mason Greenwood’s goal in midweek Marc Albrighton will probably be needed on the left – making Pereira and Castagne the best choice for the other side.

Castagne isn’t used to playing at the back and could do with a more instinctive defender in front of him, but with Pereira there it is likely that Marcus Alonso and Pulisic can combine to good effect on that side of the pitch. Pulisic and Werner will alternate making runs beyond Castagne, causing him all sorts of problems, while Alonso has flourished since being reintegrated into the team. He scored the winning goal at the Etihad last weekend and, rested for the midweek game against Arsenal, should be in a similarly assertive mood.