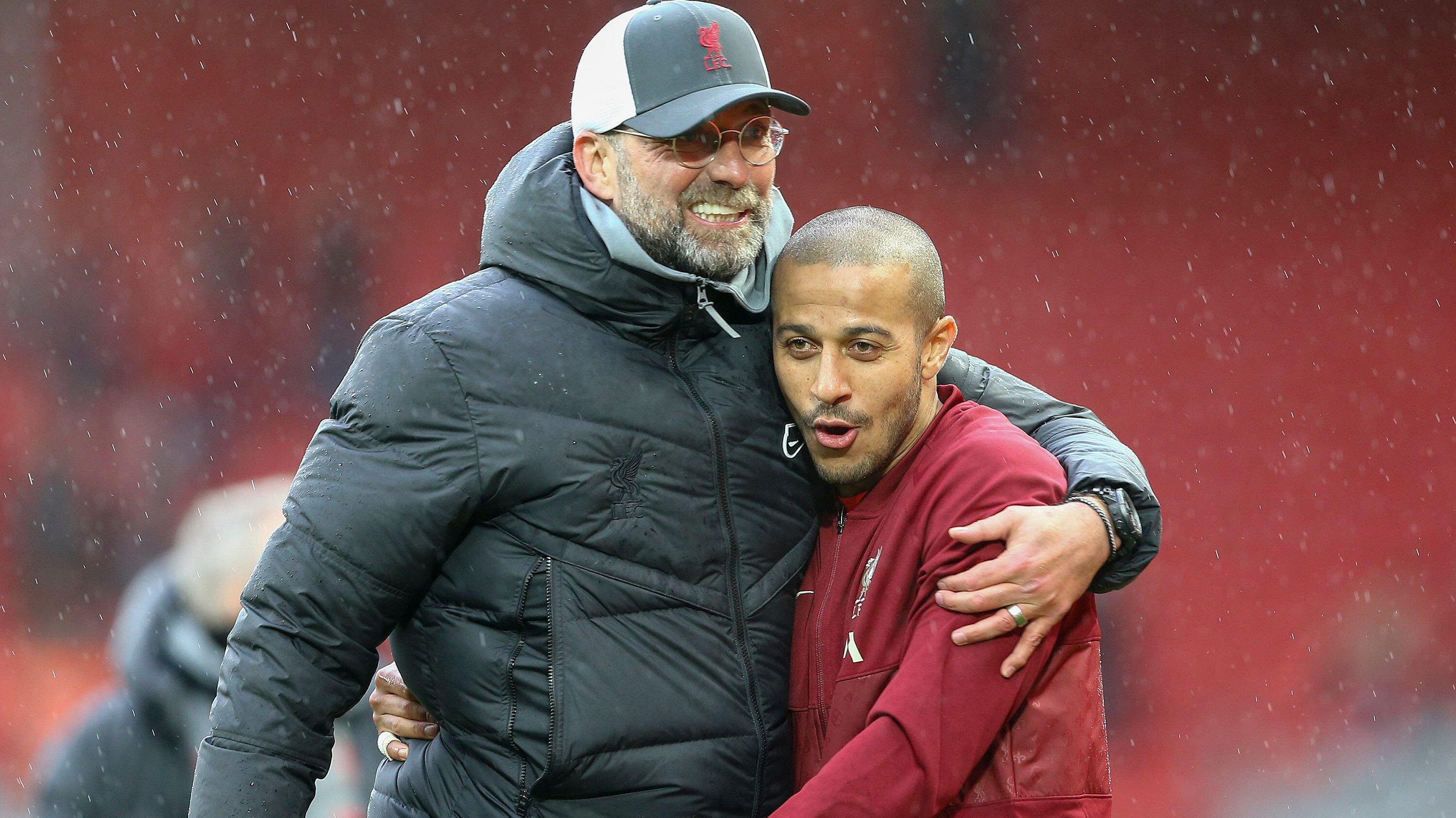 Alex Keble previews the tactical battle between Liverpool and Chelsea at Wembley, where Thiago will be pivotal to the Reds’ hopes of a first FA Cup win since 2006…

There is an emerging sense that the FA Cup is getting its magic back. Saturday’s final – given the reverence of its own day again, with the Premier League pushed to Sunday – is between two of the top three teams in the country for the first time in 15 years, having been taken seriously by pretty much everyone. Better still, the outcome at Wembley feels important for both Liverpool and Chelsea.

The former need to build some momentum on their push for an increasingly-unlikely quadruple, after dropping points against Tottenham Hotspur and only just squeezing past Aston Villa. The latter are at the end of something; this is one last chance to win silverware in the Roman Abramovich era, to cap a gloriously successful period before a new, more economically cautious, chapter begins.

Liverpool are heavy favourites primarily because Chelsea have become saggy during their off-field issues, and with little to play for in the Premier League Thomas Tuchel has seen his defence weaken significantly. It isn’t so easy to turn a switch on and off, and for that reason alone Chelsea start as underdogs.

But Tuchel is undefeated in four matches against Jurgen Klopp, if you count the 0-0 in the Carabao Cup final as a draw, and his tactical approach to this fixture is likely to create another tense and even contest.

Ian King: The FA Cup final remains a direct line back to the origins of the game

Chelsea will be happy to sit a little deeper than usual and will rarely press, in the hope of drawing Liverpool forward before breaking in behind Klopp’s high defensive line. That has been the basic approach in all their meetings, with Tuchel spending the 90 frantically gesturing at his team to play vertically through the lines. Matteo Kovacic and N’Golo Kante will want to dribble off the back of the Liverpool midfield to burst forward, but given how tense and claustrophobic their meetings seem to be, an even more direct route is needed.

Look out for long, high balls clipped over the top for Timo Werner to chase. Kai Havertz started alone at the tip of a 3-4-2-1 formation in the Carabao Cup final and while Tuchel will again use this system – knowing he needs the extra body in midfield – surely the in-form Werner will lead the line. From the bench, Romelu Lukaku’s second goal against Wolves showed that assumptions he is more of a target man are wide of the mark. His powerful runs, with fresh legs late on, could catch out Virgil van Dijk and Ibrahima Konate.

Chelsea’s other main creative outlet will be Reece James, restored to right wing-back after swapping places for a trial period with Cesar Azpilicueta. After a run of nine matches without a goal contribution his assist in the 3-0 win over Leeds capped an excellent performance, and the 22-year-old surely fancy his chances in the individual battle with Liverpool’s left-back. The fact we don’t know whether Andrew Robertson or Konstantinos Tsimikas will get the nod speaks volumes. Robertson has been playing badly for a while now, but Tsimikas is erratic at the best of times.

It may only take one moment of quality from James to win the final, because Chelsea’s use of a back three has traditionally stunted Liverpool’s forwards. Klopp does not enjoy facing a three/five-man defence, as shown in the recent 1-1 draw with Spurs, as his wide forwards tend to occupy the areas between opposition centre-back and full-back – areas that are shut down by the spacing of a back five. What’s more, Tuchel’s wing-backs can come out to meet the Liverpool full-backs without leaving Luis Diaz or Mohamed Salah free.

Then again, Chelsea have conceded 17 goals in their last 10 matches in all competitions. They are hardly secure at the back anymore, losing focus at key moments as unforced errors creep into their game; of those 17, four were glaring mistakes in defence, four were straightforward counter-attacks, and four were the result of a misplaced pass in their own third.

All three types of goal concession are the sort Liverpool will look to exploit. Their hard pressing, led by the furious Sadio Mane in the nine position, may cause a few of those shaky decisions among the Chelsea centre-backs and create either high turnovers for Klopp’s side or huge goal-creating errors. Again, it comes down to whether this is the same hesitant, angsty Chelsea we have seen in the league over the last couple of months or whether they can find their old rhythms at Wembley.

Yet despite all of that, Liverpool have an ace up the sleeve that should be enough to win the game. Thiago Alcantara – the ludicrously-good midfielder who had won every game in which he started for Liverpool this season prior to that 1-1 draw with Tottenham – is fit to face Chelsea for the very first time. Ordinarily Chelsea get a firm foothold on the midfield battle because their trio is more lithe, more forward-thinking, than Liverpool’s. That is no longer the case with Thiago surgically playing balls through to the front three.

Even with Fabinho out – a prospect that will fill Havertz and Mason Mount with hope of instigating counters – Thiago’s presence should nullify Chelsea’s one advantage in this fixture.