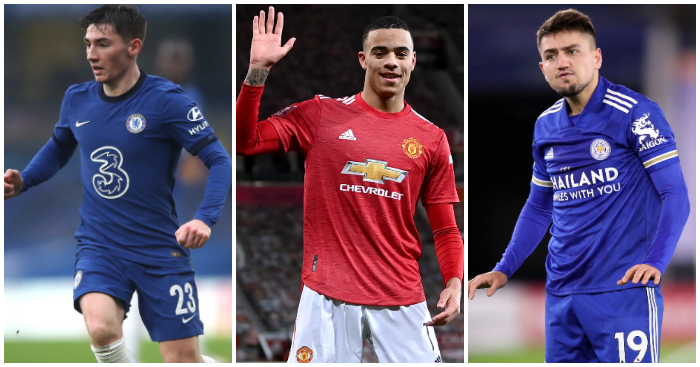 Billy Gilmour
Tammy Abraham’s hat-trick headlined Chelsea’s much-needed win over Luton on Sunday. But we’ve already shone a light on his performance, which presumably makes the centre-forward a certainty to be on somebody’s team-sheet when Wolves come to Stamford Bridge.

Gilmour, too, enhanced his prospects of lining up again on Wednesday night. “Playing like he did today it will be very difficult to leave him out because he was outstanding,” said Lampard, who was sacked the very next day. Presumably the two things are unrelated.

Gilmour partnered Mason Mount at the base of Chelsea’s midfield and the pair controlled the game as the Blues gave Lampard some very brief respite. It is a homegrown partnership fans would love to see more but that now seems highly unlikely.

Mason Greenwood
It has been a difficult second season for the Manchester United forward. Greenwood has struggled to assert himself on the pitch in the same way he did during his breakthrough campaign and off the pitch, there has been too much noise around the teenager.

But against Liverpool, he gave Andy Robertson something to shout about when he fired home United’s first-half equaliser. It was a decisive contribution which crowned arguably Greenwood’s best performance of the season so far.

The 19-year-old also claimed an assist, even if Rhys Williams waved though his pass to Marcus Rashford for United’s second goal.

Hopefully for Ole Gunnar Solskjaer, becoming United’s second-youngest player to ever score against Liverpool will give Greenwood a platform to push on into the second half of the season. His 66 minutes against Liverpool produced more in terms of goals and assists than 13 appearances in the Premier League so far this campaign. His recent form has been a dip in a rapid ascent to the top, and while there seems little doubt that Greenwood will rediscover some consistency, United’s unlikely title challenge makes that a rather more urgent priority.

Hi United fans I hope you enjoyed that🙂 pic.twitter.com/9ZmlKakPME

Cengiz Under
The Turkey winger hasn’t had many chances to impress Brendan Rodgers this term and with his season-long loan now half complete, Under had to seize his opportunity at Brentford if he hoped to convince Leicester to make his stay a more permanent arrangement.

A goal and an encouraging display all-round certainly won’t harm those prospects. Under was bright in an underwhelming first half for the much-changed visitors before he wasted no time in the second period to haul the Foxes level, applying the finishing touch to James Maddison’s penetrative run.

It was Under’s first action since the middle of last month. A hamstring injury hasn’t helped but Rodgers has not felt comfortable yet to offer the Roma loanee anything more than a single start in addition to cameo roles off the bench.

Rodgers is unlikely to read too much into the fact that Leicester have lost all four Premier League games in which Under has played more than 20 minutes. But the manager certainly needs more convincing over the 23-year-old. This was a step in the right direction towards becoming a more regular fixture at the King Power.

Jay Rodriguez
The Burnley forward will hope to have opened the floodgates at Fulham, with a couple of goals and an assist in a 3-0 victory for Sean Dyche’s much-changed Clarets.

Prior to the trip to Craven Cottage, Rodriguez hadn’t been involved in a goal this season. Dyche had obviously tired of the 31-year-old’s form, dropping him to the bench from the middle of December. But in the wake of their Anfield glory, the Burnley boss gave some of his fringe players a chance to shine, and no-one grasped the opportunity more firmly than Rodriguez.

Not since their previous trip to Anfield in July had Rodriguez netted. But the forward opened the scoring on Sunday with a fine diving header, the finishing touch to a burst into the box after initially laying the ball wide for Jack Cork. He then sent Matej Vydra through on goal before the Czech striker was bundled down in the box, giving Rodriguez the chance to stoke home from the spot. For the third, Rodriguez showed good awareness to chest the ball into Kevin Long’s path for the defender to kill off the Cottagers.

Now Dyche must decide how to reward Rodriguez, with games against Aston Villa, Chelsea and Manchester City to come in the next ten days.

Andriy Yarmolenko
With West Ham down to a single senior centre-forward, there was no way Michail Antonio’s hamstrings were going to be risked against Doncaster. Fortunately for David Moyes, stand-in centre-forward Yarmolenko saw to it that he wasn’t needed.

The Ukraine winger had a hand in the Hammers’ first before dinking home their second himself prior to half-time with a finish that showcased his striker’s instincts. Which could come in handy throughout the rest of the season.

David Moyes has repeatedly insisted that he won’t sign a striker for the sake of it this month, even if the Hammers are absolutely desperate. Unfortunately, every club in Europe knows that and reaching an agreeable deal in the next week won’t be easy.

So if Moyes has to make do with what he has got, then Yarmolenko has at least offered the suggestion that he can play a role as Antonio’s stand-in, which might earn him more action than the single Premier League start he has made so far this term.