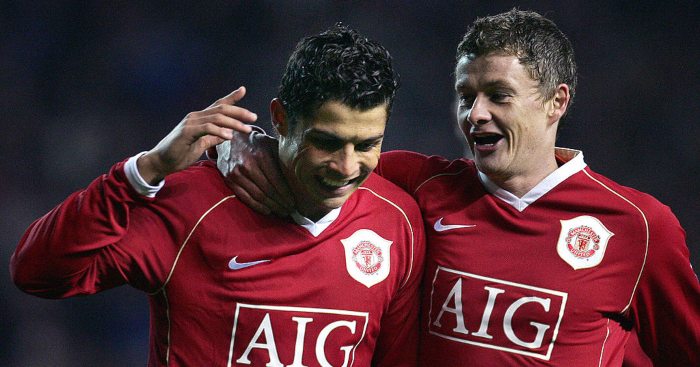 Jurgen Klopp needs a response from his Liverpool players this Sunday as they face Manchester United yet again in the standout tie of the FA Cup fourth round. It’s not the first time the two giants have met at this stage of the competition and if those games are anything to go by, it won’t be another 0-0 at least. Here’s a team made up of players who shone in fourth-round ties where two big sides faced off.

Goalkeeper: Pegguy Arphexad
Leicester City faced competition favourites Arsenal in the fourth round of the 2000 FA Cup, with the Foxes hoping to replicate their fine tournament-football form that saw them lift the League Cup that year. Martin O’Neill’s side worked hard to keep a clean sheet in a 0-0 draw at Highbury as goalkeeper Pegguy Arphexad managed to repel fellow countryman Thierry Henry. Both sides drew a blank again in the replay as Tim Flowers kept the Gunners at bay but the former England international came off for Arphexad late in the game with the threat of penalties looming. The substitute finished the tie as the hero after smartly saving Lee Dixon’s and Gilles Grimandi’s spot kicks to send Leicester into the fifth round. If you fancy a goalkeeper challenge, try naming the Arsenal keeper and the former teammate who scored against him in the fourth round of the 2019 FA Cup.

Right-back: Phil Neville
Penalties were also needed to determine a winner between reigning champions Chelsea and Everton in the fourth round during the 2010/11 season. A 1-1 draw at Goodison Park in January was followed up by another stalemate at Stamford Bridge a few weeks later. Current Toffees boss Carlo Ancelotti was Chelsea manager at the time and must have thought his side were through as Frank Lampard’s goal kept the Blues ahead until the last minute of extra-time. Leighton Baines curled in a stunning free-kick at the death to send the game to a shootout but the England left-back missed his spot kick, giving Chelsea the advantage. However, Ashley Cole and Nicolas Anelka both failed to hit the back of the net, leaving Everton captain Phil Neville to calmly blast the deciding penalty into the top corner and send David Moyes’ men into the fifth round.

Centre-back: Daniel Agger
Liverpool fans will be hoping for a repeat of their fourth round tie in 2012, a game that saw the Reds win 2-1 to send Manchester United crashing out of the cup. Tensions were at an all-time high between the two rivals after the Luis Suarez/Patrice Evra incident and the subsequent indecorous t-shirts that made the headlines earlier in the season, but Danish defender Daniel Agger managed to divert attention back to the pitch by leaping highest at a corner to power in a header past a baby-faced David de Gea. The Red Devils later equalised but the game ended 2-1 to Liverpool after Dirk Kuyt hit the back of the net to secure Kenny Dalglish’s side a spot in the last 16.

Centre-back: Sylvain Distin
A thrilling fourth-round tie between Tottenham and Manchester City in 2004 piled more misery on Spurs during one of their worst Premier League campaigns. A 1-1 draw in the original match meant the two sides had to meet again ten days later at White Hart Lane, with Ledley King, Christian Ziege and Irish legend Robbie Keane giving the home side a seemingly unassailable 3-0 lead at half-time. To make matters worse for Kevin Keegan’s side, they were down to ten men after a red card (Joey Barton, naturally) but a Sylvain Distin header just after the interval reduced the deficit and his goal was the catalyst for a remarkable City comeback. Paul Bosvelt got lucky with a deflected shot before Shaun Wright-Phillips got even luckier with an offside missed by the officials. Jon Macken’s header completed the turnaround and Keegan finally ended up on the right side of a 4-3 scoreline.

Left-back: Jeffrey Schlupp
Over a decade later, Spurs were on the wrong end of another comeback victory in the fourth round. Mauricio Pochettino’s team faced Leicester City at White Hart Lane in 2015 and went ahead through an Andros Townsend penalty. The home side went into the last ten minutes with their lead intact but Leonardo Ulloa equalised after collecting the ball from Jeffrey Schlupp. Minutes later, Schlupp went from provider to goalscorer after a smart shot from the outside of his boot caught out Spurs keeper Michel Vorm and ensured the Foxes progressed to round five.

Right-wing: Ole Gunnar Solskjaer
Current Manchester United boss Ole Gunnar Solskjaer scored a vital equaliser for the Red Devils against Liverpool in a title clash between the two sides in 2000 but the Norwegian already had form for curtailing Liverpool’s ambitions after a winning strike against them in the 1998/99 campaign. United’s Treble-winning season was almost nipped in the bud by their rivals after Gerrard Houllier’s men held on to a 1-0 lead in the fourth round of the cup right up until the last two minutes of the tie. Dwight Yorke scored from close range to cancel out Michael Owen’s early header before Solskjaer completed the turnaround moments later, sending Alex Ferguson’s side into the last 16 of the competition.

Central midfield: Dan Gosling
Everton’s run to the final of the 2009 FA Cup Final included a famous win over local rivals Liverpool in the fourth round. Merseyside-born Steven Gerrard earned the Reds a replay after Joleon Lescott had put the Toffees in front in the first game at Anfield. The two teams played at Goodison Park ten days later and a tense match that saw Lucas sent off for the away side went into extra-time after a goalless 90 minutes. With just two minutes to go until penalties, substitute Dan Gosling evaded the attentions of Dirk Kuyt, Alvaro Arbeola and ITV in the box to curl a perfectly placed strike past Pepe Reina and send Moyes’ men into the fifth round.

Central midfield: Frank Lampard
Round four didn’t end so well for Everton back in the 2005/06 season, despite a hard-fought 1-1 draw with Premier League champions Chelsea in the first match at Goodison. Frank Lampard came to the rescue for Jose Mourinho’s side late in the game when it looked as if the Toffees would progress and the England international scored again at Stamford Bridge in the replay, where his team dominated in a 4-1 win. Fifteen years on, Lampard could do with a big win in the fourth round again.

Left-wing: Cristiano Ronaldo
Lads, it’s Tottenham. Presumably Alex Ferguson wasn’t too worried when he saw his Manchester United side go 1-0 down to Spurs in the fourth round of the FA Cup in the 2007/08 campaign. The reigning Premier League champions went behind after Robbie Keane struck midway through the first half but Carlos Tevez restored parity before the interval. United talisman Cristiano Ronaldo took control after the break, scoring twice to set up a fifth-round match with Arsenal.

Forward: Gianluca Vialli
Chelsea’s triumphant 1997 FA Cup run included one of the finest comebacks in the competition’s long history. Roy Evans’ Liverpool made the trip down to Stamford Bridge in the fourth round and quickly took a 2-0 lead, with Robbie Fowler scoring from close range before the woefully undercapped Stan Collymore made the most of an Eddie Newton mistake to double the away side’s advantage. Mark Hughes pulled one back early in the second half and a beautiful Gianfranco Zola strike from the edge of the box made it two apiece. The cosmopolitan talents of the London side stunned Liverpool as Dan Petrescu set up Gianluca Vialli for Chelsea’s third and the former Juventus striker added a fourth after heading in a Zola free-kick.

Forward: Dennis Bergkamp
Liverpool fans suffered more fourth-round heartbreak in the 2001/02 season, losing out to eventual Double winners Arsenal. The Gunners had finished as runners-up in the ’01 final after a memorable Michael Owen brace late in the game but got their revenge eight months later, with a Dennis Bergkamp header in the first half of the tie proving to be the only goal of the match. A tumultuous second period saw referee Mike Riley send three players off, including Bergkamp, after an ugly challenge on Jamie Carragher by the Dutchman. Martin Keown and Carragher also saw red, but Liverpool couldn’t make the one man advantage count.