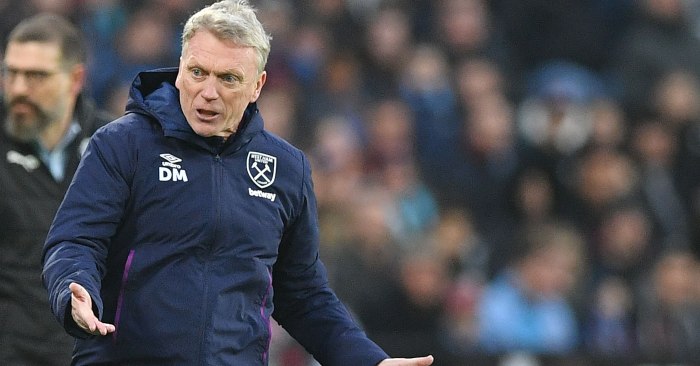 Manchester United fans think they’ve got it bad right now – and they have. But West Ham supporters are staring at an even bleaker picture after being humbled at home by West Brom.

A cup run might have lifted spirits and even a few of the dark clouds that seem to form part of the fixtures and fittings at the London Stadium, but the gloom is really set in for the season now after Slaven Bilic returned to east London to dump his old side out of the FA Cup.

It leaves the Hammers facing a relegation battle amid protests aimed at the owners, all the while few of their supporters retain any faith in the new/old manager and his players to raise their standards. For those supporters, the matchday experience at the London Stadium is bad enough without the team serving up the kind of dirge they did against the Championship leaders.

David Moyes made four changes to his XI but this was no second-string West Ham side. In contrast, Bilic switched eight of his team, preferring understandably to focus on a promotion charge. But despite his Baggies playing the final 20 minutes with 10 men, they were still too good for their beleaguered hosts.

The contrast was most evident in midfield, especially during the first half. Gareth Barry, 39 next month, bossed the middle of the park against Carlos Sanchez and Pablo Fornals. So much was expected of Fornals when he arrived in the summer but like so many other Irons recruits, the experience of being a Hammer seems to have sapped the confidence out of the 23-year-old.

Whatever confidence Sanchez may carry, it is misplaced. To many Hammers fan, the Colombian remains the worst player of a desperately bad bunch they have endured in recent years. And these are the supporters who watched Roberto shamble his way through 10 games in their goal earlier this season. ‘Anonymous’ would have been an improvement for Sanchez but the 33-year-old could not even manage that. Instead, he played a leading role in the concession of the only goal, scored by Conor Townsend in the ninth minute.

Sanchez and Fornals formed two-thirds of the trio hooked at half-time as Moyes sought to make a point to his players and the disgruntled supporters. But the message isn’t getting through. Even with Mark Noble, Michail Antonio and Angelo Ogbonna bringing Moyes’ side as close to full-strength as the manager could muster, the Irons had to wait until the 85th minute to register a shot on target.

3 – West Ham have been eliminated from the #FACup by a side from a lower division in each of the last three seasons, the only Premier League club to do so. Repetitive. pic.twitter.com/kslriO3gOk

Moyes’ triple substitution – “I could have made a couple more,” he said after – makes it five half-time changes in two games over the last four days. All that tinkering has produced is Noble’s penalty in a 4-1 defeat at Leicester in midweek. As well as punishing under-performers on the pitch, Moyes might also want to look at the reasons why his team selections aren’t working.

The manager might argue that he is doing his best with what he’s got, and he may have a valid point. Moyes has spoken on a number of occasions of the need to strengthen this month, but with six days left to go in the transfer window, what evidence do we have that West Ham can be trusted to spend what funds Davids Gold and Sullivan might provide?

Since sporting director Mario Husillos was axed a month ago – he was said to be the mastermind behind signing Roberto – reports suggest West Ham have returned to their old ways by allowing themselves to be led in the transfer market by agents with motives beyond the club’s best interests. Regardless, supporters are looking towards the final days of the transfer window with the same kind of trepidation they feel when pondering what lies in store for the rest of the season.

“What I need to do is find something that can give us inspiration,” said Moyes after being beaten by the manager he replaced two years ago. Usually, that inspiration could come in any number of three ways: via the transfer market; from within his dressing room; or in the form of the manager’s own leadership.

For West Ham, the outlook is bleak indeed.