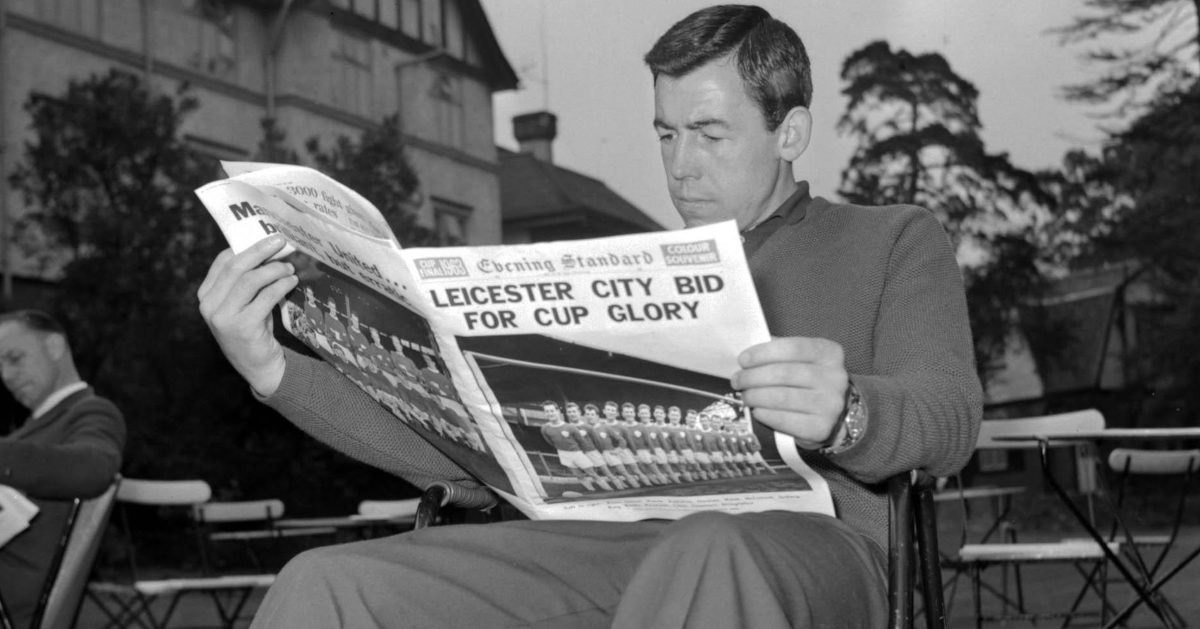 With four defeats, no team has reached the FA Cup Final more times without winning the trophy than Leicester City but Brendan Rodgers will be looking to overcome 1976 winners Southampton in the semis and make it fifth time lucky for the Foxes in May.

Here’s an XI made up from players who lined up for clubs that reached the final but remain absent from the list of FA Cup winners.

Goalkeeper: Gordon Banks
Two legendary England and Leicester goalkeepers fight it out for the number one spot in this side, with World Cup hero Banks losing the 1961 final with the Foxes to double-winners Tottenham and coming second best again two years later against Manchester United, as the Red Devils lifted their first trophy since the Munich Air Crash. Peter Shilton was a runner-up as a teenager with Leicester in 1969. If you fancy a goalkeeper challenge, try naming the two England international ‘keepers who lost out with Birmingham City in 1931 and 1956 respectively.

Centre-back: Robert Huth
Part of Leicester City’s remarkable underdog story in the 2015/16 season, Huth couldn’t inspire Stoke City to a shock FA Cup victory in 2011. Manchester City were huge favourites going into the final against the Potters and after a run to Wembley that included a semi win over neighbours Manchester United, Yaya Toure put the icing on the cake for the Citizens with a winner fifteen minutes from time, ensuring Stoke’s name remained absent from the trophy.

Centre-back: Billy Wedlock
One of four England internationals capped whilst playing for Bristol City, Wedlock was a regular for the Three Lions before the outbreak of the First World War. Wedlock captained the Robins in the club’s only FA Cup Final appearance to date; a 1-0 defeat to Manchester United in 1909. Sandy Turnbull, who tragically died in the war, scored the goal to deliver the Red Devils the first of their twelve triumphs in the competition.

The 20 Premier League regulars yet to score a goal

Centre-back: Bobby Moore
An FA Cup winner with West Ham in 1964, Moore played for Fulham in his later years and helped the Cottagers reach the final for the first time in 1975. Moore faced his old side at Wembley but there was to be no fairy-tale for the legendary England captain as Alan Taylor scored twice in the space of five minutes for the Hammers to put their name on the trophy for the second time.

Right-wing: Wilfried Zaha
Alan Pardew’s disturbing dancing in the 2016 final after Jason Puncheon put Crystal Palace ahead remains an enduring image of a near miss for the Eagles. Juan Mata and the in-demand Jesse Lingard turned things around for Manchester United at Wembley, leaving Palace’s star man and former Red Devil Zaha with a runners-up medal. For 1990 finalist Pardew, it was the second time United had thwarted his FA Cup dreams, but more on that shortly.

Central midfield: Juninho.
Much-loved Brazilian star Juninho inspired Middlesbrough to the finals of the League Cup and FA Cup in 1997, with Bryan Robson’s side ending up as runners-up in both competitions, whilst also dropping out of the Premier League. League Cup redemption was achieved in 2004 as a beaming Juninho helped ‘Boro to victory over Bolton Wanderers, but the FA Cup remains elusive at the Riverside.

Central midfield: Tim Cahill
Before Cahill became a hero at Goodison Park, he earned cult-status at Millwall, scoring in the quarters and semis of the 2003/04 FA Cup to guide the Lions to their first final in the competition. Cahill and his team-mates went into the Millennium Stadium as huge underdogs up against Alex Ferguson’s Manchester United and a teenage Cristiano Ronaldo and Dutch striker Ruud Van Nistelrooy ended up scoring the goals for the Red Devils as they eased to a 3-0 win.

Central midfield: Tony Currie
The supremely talented Tony Currie spiced up many a game for four-time FA Cup winners Sheffield United in the seventies and the former England international remains a legend at Bramall Lane, but a spell at QPR towards the end of his career makes him eligible for this side. The 1982 final saw second-tier Rangers face city rivals and cup holders Tottenham Hotspur, with a 1-1 draw sending the match to a replay. Currie couldn’t inspire a comeback after an early Glenn Hoddle goal proved decisive when the two sides met five days later, giving Spurs their seventh win in the competition whilst QPR are still searching for a maiden triumph.

Left-wing: John Barnes
An FA Cup winner with Liverpool in the Merseyside final of 1989, Barnes was on the losing side in 1984. Everton came out on top that year, beating Barnes’ Watford side in the Hertfordshire-based club’s first appearance in the final. Of course, the Hornets had a second bite of the cherry 35 years later…..but the less said about that, the better.

Striker: Ian Wright
Like Barnes, Wright’s first attempt at FA Cup Final glory ended in defeat, but the London-born striker made a big impact in the 1990 showpiece. Wright came off the bench for Crystal Palace with the Eagles 2-1 down to Manchester United and went on to score twice to take the game to a replay after a 3-3 draw. At the time, Alex Ferguson’s job at Old Trafford was potentially on the line and a Lee Martin strike in the following match gave the Scot the all-important trophy he needed. 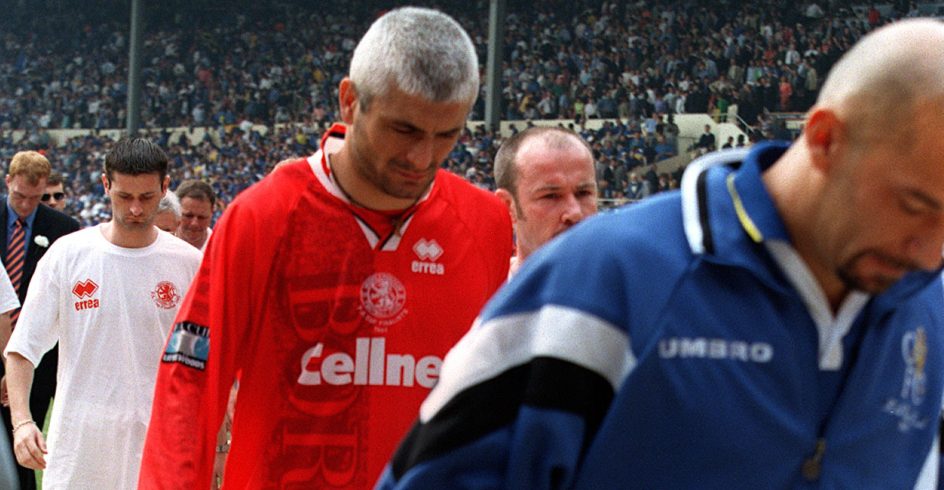 Striker: Fabrizio Ravanelli
Fabrizio Ravanelli ruined third-tier Chesterfield’s dreams of appearing in the 1997 FA Cup Final after scoring in the thrilling 3-3 draw and subsequent 3-0 replay win for Middlesbrough in the semis, but the Italian striker saw fellow countryman Roberto di Matteo steal the headlines in the final. Brighton (1983), Hull City (2014), Luton Town (1959) and Scottish club Queen’s Park (1884 and 1885) are the other clubs to make the final without lifting the trophy.