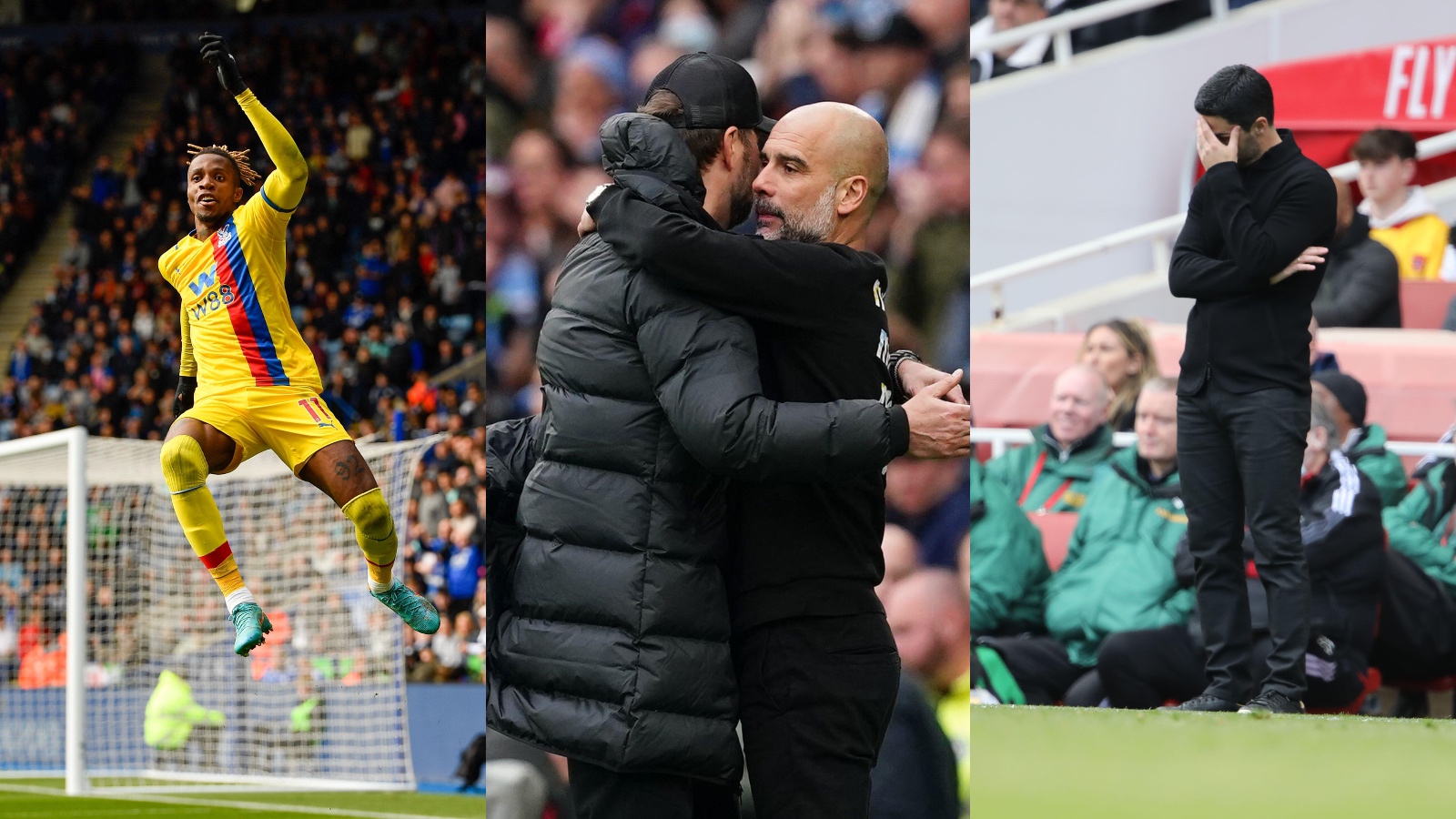 It’s round three of Man City v Liverpool, a huge weekend for Crystal Palace and potentially seismic in terms of Arsenal and Tottenham.

Game to watch: Man City v Liverpool
Here we go again. After two 2-2 draws in the Premier League, Liverpool and Manchester City meet in the FA Cup semi-final for their third clash of the season ahead of a potential fourth in the Champions League final. It’s nigh-on impossible to separate these teams and managers. In 23 meetings in total between Jurgen Klopp and Pep Guardiola, they’ve won nine games each. In the 15 meetings while in charge of Liverpool and Manchester City, they’ve won five each.

Something’s got to give on Saturday; we will have a winner and therefore verifiable proof as to who is better, for a month or so at least.

Klopp rested the majority of his first XI for the visit of Benfica on Wednesday, which suggests they will be the fresher side after Manchester City returned home battered and bruised from Madrid. But given what we experienced last weekend, aches and pains are unlikely to have much of an effect in these adrenaline-fueled meetings.

The “big trouble”, as Guardiola put it, are the potential injuries to Kyle Walker and far more crucially, Kevin De Bruyne. The Belgian was the best player on the pitch by a distance last weekend, which is quite some feat given the outstanding talent on show, most of whom were performing to a high standard. His absence would undoubtedly hand a fully-fit Liverpool squad the advantage in another clash set to be decided by the finest of margins. Round three. Ring the bell.

Player to watch: Son Heung-min
He scored a hat-trick last time out to make it six goals in his last three; should Son bag another treble he will move level with Mohamed Salah in the race for the Golden Boot on 20. He seems to go in phases of looking like he hates playing for Tottenham (who can blame him?) and loving playing for Tottenham (who can blame him?). He’s clearly loving it right now and it looks for all the world as though Spurs will ride the crest of the Harry Kane-Son link-up wave all the way to Champions League qualification.

They host their pals Brighton, who did them a massive favour in beating Arsenal – Spurs’ rivals for the top four and in life in general – last weekend, in the early kick-off on Saturday. A win would take Son and co. six points clear of the Gunners ahead of their trip to Southampton, where Mikel Arteta’s side are just as likely to cruise to victory as f*** things up further.

Manager to watch: Mikel Arteta
As with a piece of string, it’s impossible to know how long a ‘process’ is. Arteta has now been going on for nearly two-and-a-half years at Arsenal. He’s won the FA Cup and led them to eighth in his first two seasons, picking up 1.84 points per game in his 122 fixtures in charge – just below Unai Emery’s record (1.85), by the way.

Presumably Arteta will only admit his Arsenal process is at an end when they win the Premier League and that feels like a hell of a long way off right now. They’ve got a terrible record against their rivals at the top of the table and have dropped six points in their last two games against teams with very little to play for, ahead of another clash with an on-the-beach team on Saturday.

Arteta is a victim of his side’s waves of form; he’s a genius one minute and a fraud the next. He’s clearly neither, just an inexperienced manager with an inexperienced squad, for whom blips are expected and should be accepted as they build towards something greater. But while the Arsenal fans may well have taken 6th place at the start of the season as a sign of progression, their excellent form in the middle part of the campaign had them dreaming of something more. It’s tough to take when the goal that was in their hands starts to fade away.

It’s not over yet. Spurs are as in form as Arsenal are out of it and have the easier run-in, but the north London lads are the flakiest around and Saturday could see a complete U-turn in fortunes for the pair vying for the top four. But if Spurs beat Brighton, Arsenal have to beat Southampton, or the fans will have to settle for one step in the process this season rather than two.

I think not signing a striker in January was a mistake. I said it then and I’m saying it now. They got the results up until now which was fair enough. It has shown that it was a mistake that everyone and their nan saw coming. Mikel Arteta and Edu are totally to blame for it.

Team to watch: Crystal Palace
Crystal Palace are in the mix with the big boys this weekend. They will know by the time they face reigning European champions Chelsea on Sunday which of the two Champions League semi-finalists they could meet in the FA Cup final. It’s really bloody exciting.

It’s been exciting all season. And anyone watching the Palace fans take over Wembley will do so with an equal measure of joy and jealousy. They don’t get to experience ‘days like this’ anywhere near as much as those following the giant of a football club they’re up against. Chelsea have been to Wembley more times in the last five seasons than Palace have in their entire 117-year history. They’re a loud bunch at the best of times; it’s going to be quite the atmosphere.

They will be up against it, of course. They will have watched Chelsea’s exit from the Champions League with mixed feelings of delight – at how tiring it looked – and trepidation – at how brilliant they were. If Thomas Tuchel’s side reach anywhere near that level Palace are in danger of being blown away. But Chelsea have rarely, if ever, been that good this season, and Palace have the players – unfortunately not all of them as Conor Gallagher has been blocked from appearing – to hurt a mentally and physically bruised Chelsea side.

EFL game to watch: Middlesbrough v Huddersfield
Huddersfield picked up a huge three points against promotion rivals Luton last time out to leave them four points behind Bournemouth, who occupy the second automatic promotion spot. Middlesbrough, meanwhile, are gunning for the play-offs and could hop into 6th place with a win on Monday.

European game to watch: Sevilla v Real Madrid
Real Madrid are 12 points clear of Barcelona in second and Sevilla in third, but will feel as though they need to keep winning to secure the La Liga title. Barcelona have a game in hand and it’s not unreasonable to assume they will win that and their remaining seven games afterwards given their hot streak under Xavi. The Catalans have won all of their last seven in the league and haven’t lost since the middle of December (Except to Eintracht Frankfurt in the Europa League).