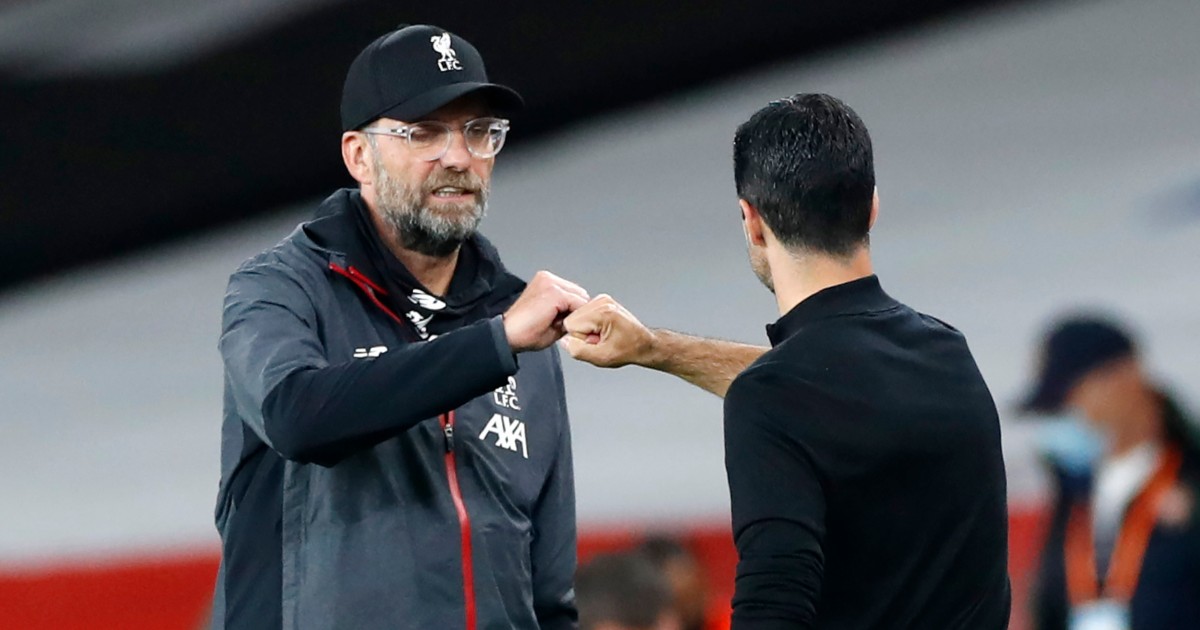 It should certainly be a Big Weekend for Premier League academies as the FA Cup third round is upon us. Liverpool and Arsenal are not ready.

Game to watch – Nottingham Forest v Arsenal
Carl Jenkinson, Henri Lansbury, Kevin Campbell, Viv Anderson and Nicklas Bendtner didn’t die for this. The Tricky Trees and the guileful Gunners have not locked Premier League horns this millennium but their domestic cup meetings have been a semi-regular occurrence of late, with both teams enjoying their moments. As if to underline the pedigree and prestige of this fixture, recent goalscorers in games between the two include Lucas Perez, Per Mertesacker, Eric Lichaj, Rob Holding and a pre-Diaz Ben Brereton.

There will be no shortage of individual talent on show at the City Ground on Sunday. Forest have not played since suffering consecutive Championship defeats at the end of 2021, but Steve Cooper has guided them from relegation trouble to mid-table safety. Lewis Grabban and Brennan Johnson have 15 league goals between them this season, while they even have an actual player called Cafu.

Arsenal have added a deep sense of injustice to a squad bristling with quality but impacted by the pandemic. Perhaps their most notable update in terms of availability is the return of Mikel Arteta, the Spaniard overseeing training earlier this week.

The usual suggestion of game time for exciting young players has been floated, with teenager Charlie Patino waiting in the wings after his goalscoring turn in the Carabao Cup. Arsenal’s semi-final in that competition against Liverpool was postponed to next Thursday so the need for rotation might not be as pressing.

In any event, the two-time European champions facing the record 14-time FA Cup winners with both on the upturn in terms of forward momentum should be a treat. Forest beat Arsenal 4-2 in the 2018 third round, while the Gunners hammered their Championship opponents 5-0 a year later in the Carabao. A repeat result of either would not be jarring.

Player to watch – Kabongo Tshimanga
The magic of the cup flows through the veins of Kabongo Tshimanga. Cut him open and he bleeds part-time postmen and waterlogged pitches. He has reached the third round with three different teams, once forced a first-round replay with a hat-trick against Tranmere for Oxford City, and has played as big a part as anyone in dragging Chesterfield to Stamford Bridge.

The National League leaders will face the European champions and Premier League juggernaut with no reason to be afraid. Chesterfield boast a two-point lead atop the non-league’s highest division, with a game in hand accompanying a 14-match unbeaten run.

Tshimanga has spearheaded that form; only Aleksandar Mitrovic (22) and Brereton Diaz (20) have more league goals than his 18 in the top seven levels of the English pyramid. The 24-year-old was signed from Boreham Wood for an undisclosed but substantial fee in the summer and that cheat code seems likely to lift the Spireites back into League Two.

Long before then, Tshimanga will hope to test his credentials against the very best. Or probably Malang Sarr and Xavier Mbuyamba.

Manager to watch – Nigel Clough
The other side of that bitter miners divide pits Mansfield against Middlesbrough at Field Mill. The FA Cup draw has chucked a few of the EFL’s form teams together – seven wins from nine Blackburn also visit 17 points from 21 Wigan – and this is no different. Mansfield have won five on the bounce, including the last three at home, while Boro have lost one game in eight since Chris Wilder was appointed.

He looks to be an unsurprisingly inspired choice as manager. Huddersfield, Swansea, Bournemouth, Nottingham Forest and Blackpool have all been dispatched by a more organised and coherent team than the one which was prone to a stumble under Neil Warnock. They have new-found stability and it shows.

Wilder also has an unbeaten record against Mansfield from six games with Oxford United and Northampton Town in the mid-2010s. While he has since reached the Premier League, the 54-year-old won’t have forgotten his lowly roots.

Stags have their own experienced statesman in Nigel Clough, the Sunderland-born boss who orchestrated a raucous victory over the Black Cats in the first round. Mansfield have beaten League One’s second-placed team and League Two-bound Doncaster to reach this far. Boro represent another step up, albeit an eminently manageable one.

Team to watch – Liverpool
“It means we will not be there – it will be the kids who play that game,” said Jurgen Klopp, explaining how he would ensure that a promise made to Liverpool was kept. “I know it is not very popular, but that’s the way I see it. The Premier League asked us to respect the winter break and that’s what we’ll do. If then the FA do not respect it then we cannot change. But we will not be there.”

Klopp had his cake and ate it: Liverpool named their youngest-ever starting line-up and sent Neil Critchley as the designated driver towards a 1-0 win over Shrewsbury. The Reds navigated a fourth-round replay at Anfield without a single senior player.

History could repeat itself on Sunday. Liverpool host Shrewsbury once more, Klopp will not be present and a great many players will be similarly absent. But rather than making a grand point, the Reds have had their hand forced. An outbreak in the squad, coupled with injuries and AFCON, put paid to their Carabao Cup semi-final with Arsenal. With the FA Cup installing no such safety net and insisting the show must go on, academies are likely to be showcased and Liverpool should be among those that leap at the opportunity.

Football League game to watch – Wycombe v Sunderland
Fourth v second. Sky Sports love to flex their lower-league muscles when the FA Cup rolls in and ruins their Super Sunday. Those who tune in at lunchtime on Saturday will be treated to a League One promotion scrap.

Sunderland are in the automatics. They enjoy a four-point gap to Wigan and Wycombe which is complicated by two things: similar pronunciation and the three fixtures in hand the former currently have. Their FA Cup participation adds another to that tally and the Black Cats have to must maximise their advantage in terms of games played.

And honestly, they should beat Wycombe, who have won once but also only played thrice since the start of December. Sunderland are on a nine-game unbeaten league run that should claim another scalp this weekend.

European game to watch – Roma v Juventus
Three points separate Roma and Juventus after 20 games in Serie A. The two teams had tough midweek assignments and experienced mixed results. Jose Mourinho watched a couple of his players get sent off in defeat to Milan, while The Old Lady admirably held Napoli. Juventus beat Roma 1-0 in Turin a few months ago and any sort of repeat would likely end any Giallorossi tilt at Champions League qualification. It has also been a good two or three weeks since Mourinho was officially declared to be back so he is probably due another renaissance.