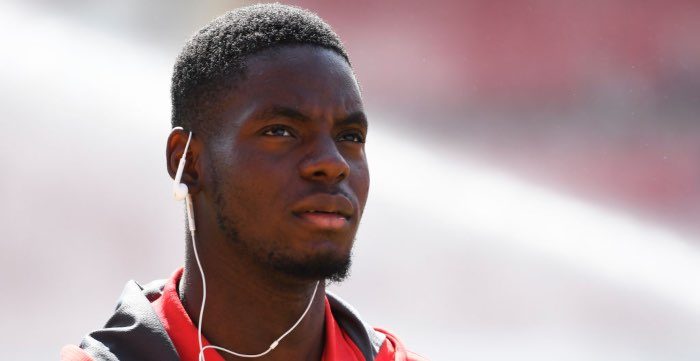 The Football Association is investigating an allegation of discrimination during Saturday’s Sky Bet Championship match between Charlton and Leeds.

Charlton said in a club statement that their forward Jonathan Leko, who is on loan from West Brom, was allegedly racially abused by an opposing player during the match.

The allegation was included in the match official’s report from the game on September 28, which Charlton won 1-0.

The FA will now speak to the clubs and individuals concerned before deciding whether there is a case to answer.

Charlton’s statement said: “Charlton Athletic can confirm that an allegation of racial abuse directed at Jonathan Leko by an opposing player during Saturday’s game against Leeds was reported to referee John Brooks.

“The Football Association are carrying out an investigation following the report.

“The club will support Leko throughout the process and will not be making any further comment until the investigation is concluded.”

Leeds said in a statement they were aware of the allegation and would be”working with the FA during their investigation”.

Jones, who denied the charges and maintained her innocence throughout, left United by mutual agreement in March.

Under rules introduced for the 2019-20 season, the minimum suspension for a player found guilty of an aggravated breach of the FA’s discrimination rules will be six matches, which can be increased depending on any additional aggravating factors.

Anti-discrimination campaign group Kick It Out said it would offer its support to Leko.

“We are aware of an allegation of racial abuse directed at Jonathan Leko and have contacted Charlton Athletic to offer our support to the club and player,” a statement read.

“We will not be making any further comment until the investigation is concluded.”