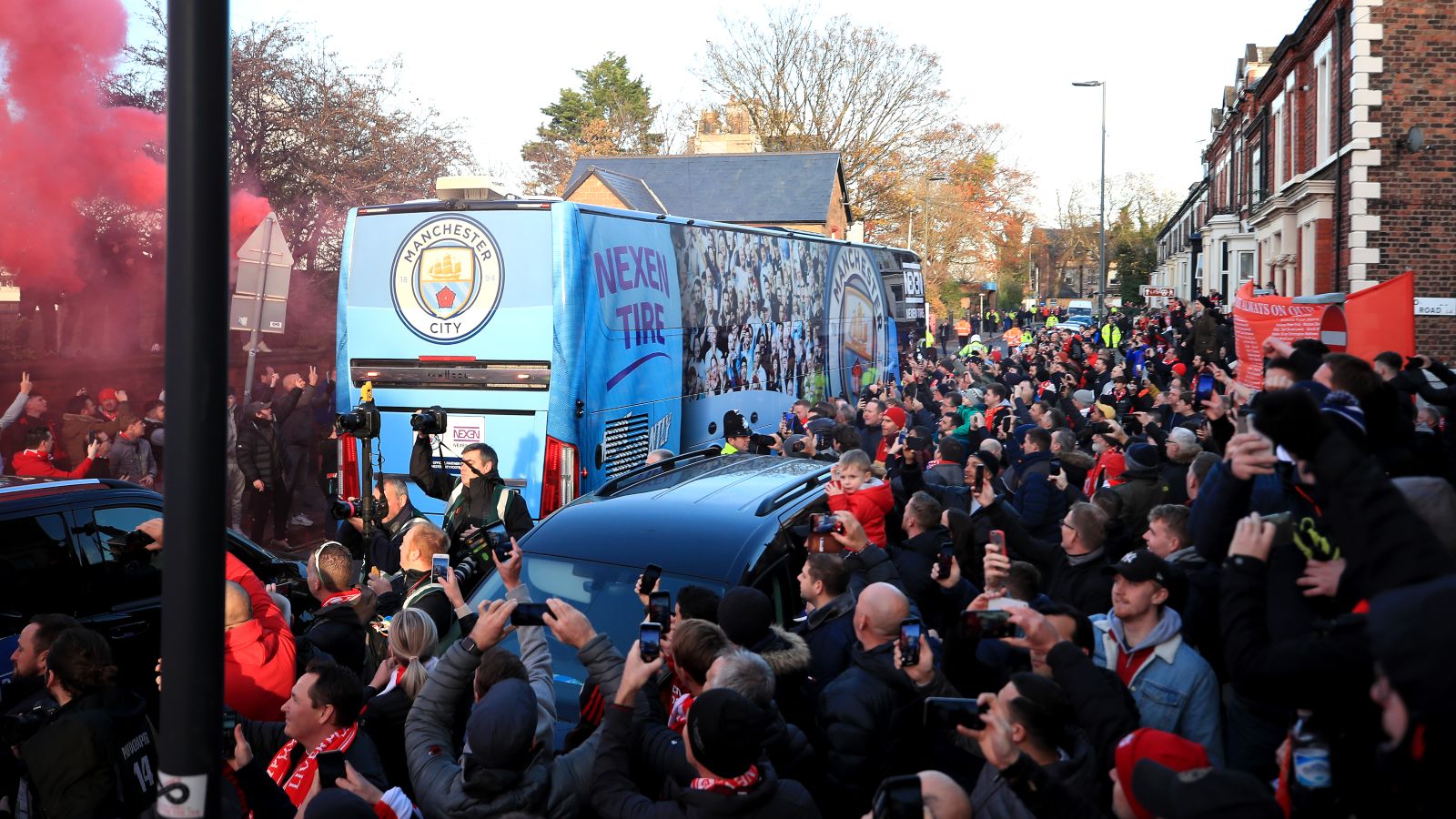 The Football Association will provide free bus travel for up to 5,000 Liverpool and Manchester City supporters for their FA Cup semi-final on April 16.

It was confirmed on Friday that the match would kick off at Wembley at 3.30pm, but supporters are facing a major challenge to get down to London, with no trains running on the West Coast Mainline over the Easter weekend because of engineering works.

The FA said in a statement: “The FA recognises the significant challenges that are being faced by some Liverpool and Manchester City supporters.

“The FA, Network Rail and Chiltern Railways strongly advise that Liverpool and Manchester City supporters affected should avoid travelling from the north west by train wherever possible and seek alternative travel arrangements.

“The FA is pleased to announce that a limited number of free return bus services will be provided for both the Emirates FA Cup and Vitality Women’s FA Cup semi-finals involving Liverpool and Manchester City on Saturday, April 16 to support fans from the north west who wish to travel to and from London.

“The FA will charter 100 buses from Anfield and the Etihad Stadium, respectively, to Wembley Stadium and back. This will ensure that up to 5,000 Liverpool and Manchester City supporters will be able to travel to Wembley Stadium free of charge for their semi-final tie.

“The FA is also committed to provide a number of free return bus services for Manchester City Women supporters travelling from the north west to east London.”

The kick-off time falls within the traditional Saturday television blackout hours, but, because only three Premier League matches are kicking off at 3pm and no EFL games starting at 3pm that day, there was no need for the FA to seek an exemption under Article 48 of the UEFA statutes.

Manchester City take on West Ham in the women’s semi-finals on the same day, with kick-off at 12.15pm.

Dave Penney, Network Rail passenger director for the North West and Central region, explained why the engineering works could not be postponed.

He said: “We have a strong track record of working closely with partner organisations like the FA to minimise disruption for passengers as far as possible, for example by giving prior notice of engineering projects which could impact on sports or large-scale events.

“Unfortunately, this year there is a clash between our £22m Easter railway upgrades and the FA Cup semi-finals, and regrettably these works can’t be deferred at this late stage as it would waste millions of pounds of taxpayers’ money and cause further unnecessary disruption to passengers.”

The FA added that it was working with Highways England to try to ensure smooth road journeys, with roadworks put on hold to aid supporters travelling from the north west.

Chelsea will take on Crystal Palace in the other men’s semi-final at 4.30pm on April 17, with Arsenal and Chelsea meeting in the women’s last four at 12.30pm.