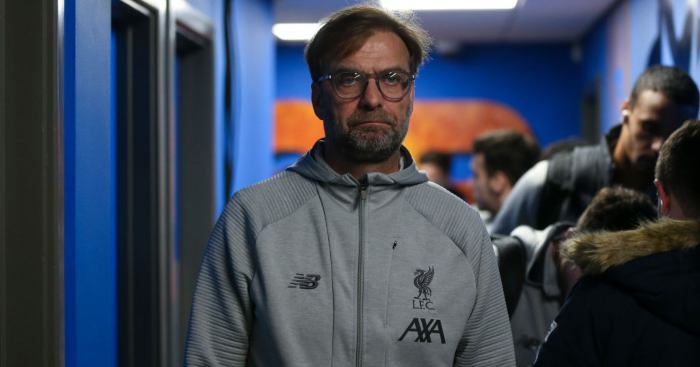 Accrington Stanley chief Andy Holt wants the Football Association to take action against Liverpool ahead of their FA Cup replay against Shrewsbury Town.

Having squandered a 2-0 lead to draw 2-2, the runaway Premier League leaders now face an unwanted second fixture against the League One side which will interfere with the club’s scheduled winter break.

Liverpool were not supposed to have a match between February 2 and February 14 but now have to host the replay on February 4.

And as Jurgen Klopp has been a huge critic of the packed schedule and the demands it places on players, he has no intention of fielding his first-team stars.

OPINION: Klopp and Liverpool had a point…but this is a d*ck move

Holt, who owns Accrington, thinks the FA need to act by fining Liverpool “heavily” for the way they are approaching the competition.

“This is a battle the FA must win or their flagship competition is totally undermined. This is a battle EFL must win, or they should shut up shop,” Holt wrote on Twitter.

“Liverpool need censuring and fining heavily. It is not their football, it’s ours.

“The path we are on, forever losing out to the Premier League has to stop.

“It might have to be government or supporters that have to fight for our game in the end.

“In the absence of strong FA or EFL there may be no other option.

“We have stadia sales, clubs suing each other, non payment of wages, clubs going out of business after being kicked out…

“Just how much more evidence is needed for FA and EFL to see it has gone too far?

“Football is in distress. Act for our pyramid or leave.”