Home Johnny Nic Can we trust FA not to appoint another lumbering lummock? 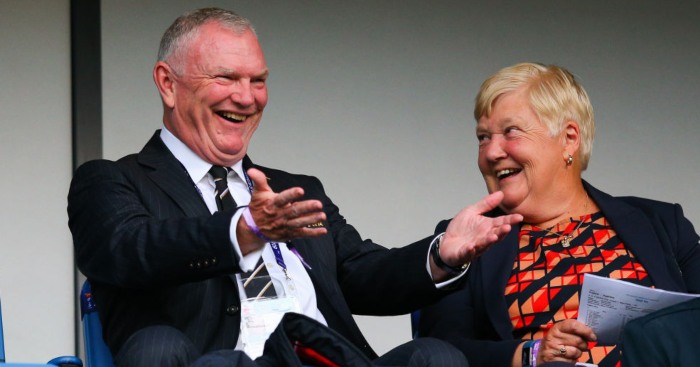 When Greg Clarke resigned on Tuesday, I half-expected him to walk through a plate glass window, trip over his own feet, fall flat on his face, trip over a homeless person, kick their dog, accidentally punching a pensioner in the face before getting his trousers torn off by an escalator and finally spontaneously combusting, all the while wearing an expression which says: “What? Me? What have I done wrong?”

Given Clarke’s well-documented four-year reign of ignorance, inappropriateness, gaffes and puffed-up self-important incompetence, the question must be asked: who the hell made the decision to employ him on £180,000 per year in the first place? What must the other candidates have looked like for him to have been the best choice for the job? Who was he up against – Jim Davidson, Nigel Farage and Bernard Manning?

This is a man who, let us not forget, is – I presume – still Vice President of FIFA! How? Why not just appoint Sooty and Sweep instead? Would anyone know the difference?

According to his Wikipedia page, Clarke has been on various other company boards including being CEO of Cable & Wireless and is ‘currently chairman of a number of private equity-owned businesses, including Eteach UK Ltd’.

Does he bring the same degree of rank bungling to them all? It would seem unlikely that he was uniquely shit at being Chairman of the FA but brilliant at everything else, doesn’t it?

An elderly lady once called me “coloured”. I wasn’t offended. I knew it wasn’t mean-spirited so I assumed she was just sheltered from society, so hadn’t been exposed to the fact that it’s offensive or why.

But unlike Greg Clarke, she wasn’t the head of the Football Association!

But then it doesn’t seem to matter how crap some people are; they keep falling upwards through life, leaving a trail of devastation behind them, seemingly blind to how utterly awful they are. It happens all the time from the Prime Minister to numerous government ministers who shit the bed for a couple of years and end up picking up fat wages on the boards of companies, to Dido Harding who was perhaps (given what we know of the PM) only given the job because she’s named after someone in Greek mythology.

It is easy to laugh at people such as Clarke who were patently never the right person for the job they were given, but it is a serious business. He was appointed by the FA board so we must question their competency too. That they gave him the job in 2016 says little for their judgement. But who is appointing the members of the FA board? Are they as useless? We’re right to be cynical. Is it more people who look and sound like Clarke? More people who default to the sort of offensive tropes that he found so easy to cough up? This wasn’t a case of ‘misspeaking’; it was a case of ignorance.

Anyone who saw Clarke’s performance in 2017’s parliamentary hearing into the Mark Sampson scandal could have told him, to quote Steve Miller, “this ain’t a circus and we don’t need a clown”. That he survived another three years despite not so much as putting his foot in his mouth as lodging it down his gullet for the duration, says much for the organisation that pays his wages.

The FA must do better. It must appoint people to important jobs who understand what is expected of them in 2020, not people who have not had their software updated since Windows 95. People who are intelligent, flexible and inclusive and not people full of pomposity and ego. It all smacks of jobs-for-the-usual-middle-aged-men amateurism. Football doesn’t just deserve better than this; it needs better than this.

If the FA board is so dysfunctional and lightweight as to appoint a lumbering lummock like Clarke in the first place, it can’t be trusted to do much right. It all points to the need for an entirely new, updated, modern, progressive structure to govern the game. Trouble is turkeys never vote for Christmas; they just elect one as chairman of the FA.