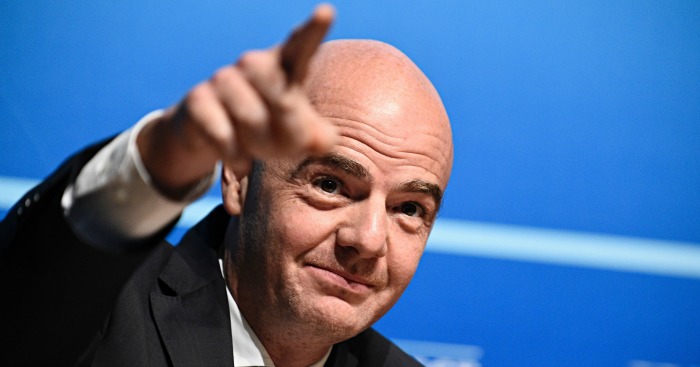 Infantino – secretary general of UEFA – is one of five men standing to replace Sepp Blatter as FIFA’s president at next month’s election.

Infantino received the full backing of the UEFA executive committee on which Gill sits, and the former Manchester United chief executive believes the Swiss is the right man for the job.

Speaking on Radio Five’s Sportsweek programme, Gill said: “I read all of this information, the (Football Association) board will discuss it in detail, I know four of the candidates, I don’t know Mr (Tokyo) Sexwale personally, but knowing the others, for me – and this is a personal view – Gianni Infantino is the stand-out candidate.

“I believe he has the personality, language skills, the appetite and the knowledge to do that and that’s my personal view.

“(FA chairman) Greg Dyke is looking to meet them all and that will be a big discussion at our board. I stress that’s a personal view but, having met them all he is, in my opinion, what FIFA needs at the moment.”